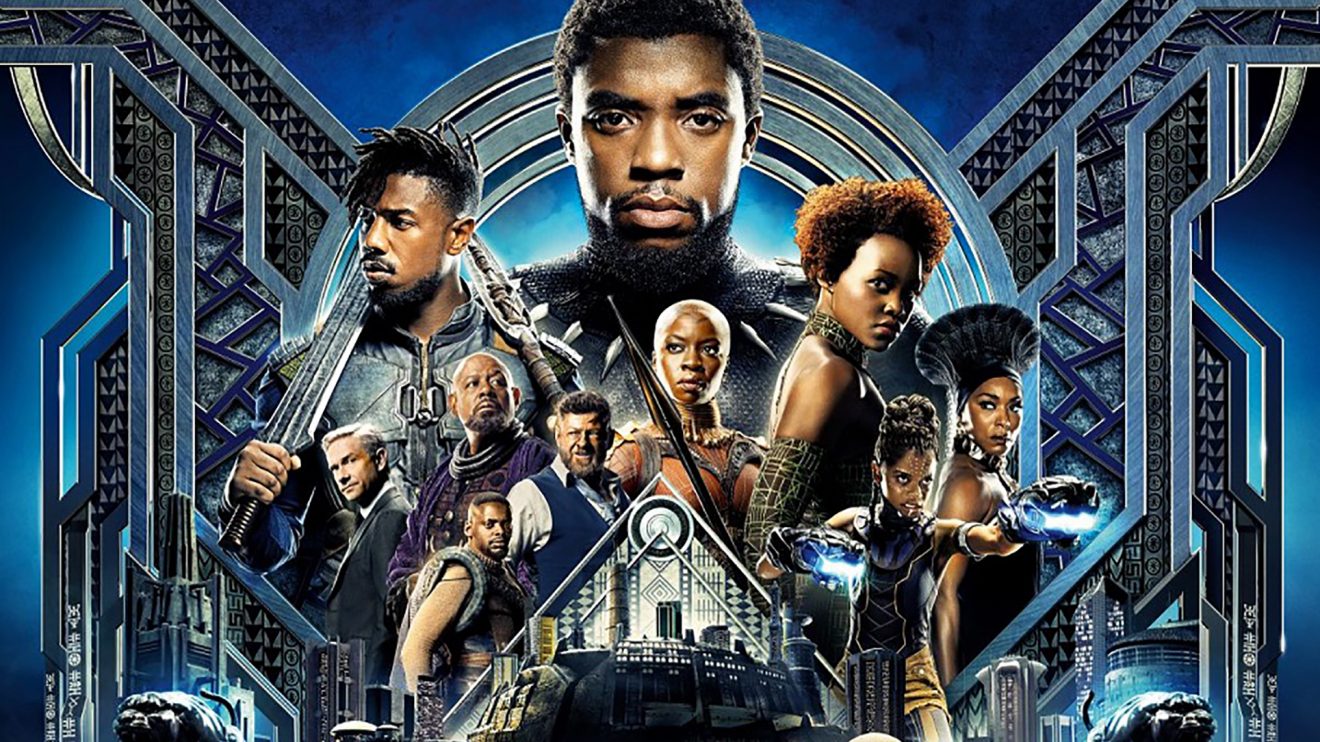 The internet is currently knee-deep in Black Panther thinkpieces, ranging from the wonderful to the woeful. What’s just one more, huh?

The past two weeks have been ones of celebration and vindication for black audiences around the world. Decades of Hollywood “conventional wisdom” – that only blockbusters starring Western white guys can be a hit – has been safely and surely obliterated. Marvel’s latest earned $202m in its opening weekend, only a few million less than 2012’s [Update 16th March, Black Panther sales surpassed $1bn]. The Avengers, and is only the fifth film in history to do so, with a total of $235m across its four-day weekend. That is more than Justice League, a team-up of some of the world’s most famous superheroes, earned in its entire domestic run. The film has already topped $700m worldwide and delivered the second-biggest second weekend of all time, with $108m. Believe it or not, Black Panther is actually making more money than Star Wars: The Last Jedi was at the same point in its release.

So, let’s make this clear: Black Panther is absolutely and unequivocally revolutionary. 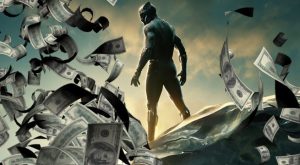 Whilst the simple fact that Black Panther is incredibly entertaining and well-made is no doubt a key component in its success, one cannot overlook the socio-political significance, both for audiences and for the future of blockbuster storytelling. Black stars and black superheroes aren’t exactly new (hello let’s remember Blade and Hancock thanks), yet this is the first time Hollywood has produced a full-blown African blockbuster, crafted by black artists, presenting a vision of Africa never before seen in mainstream cinema. For many white audiences, the last Africa-set movie they would’ve seen was likely The Lion King. And that’s animated.

Which propels Black Panther to a platform of significance that, arguably, no other Hollywood blockbuster has ever stood upon: not only does it serve to entertain, but also to educate. Because of Black Panther, people are being registered as voters; a Chicago middle school teacher is curating the ‘Wakanda Curriculum’ to teach her students about African history and Afrofuturism, and there have been renewed calls for the release of jailed, real-life Black Panthers. These examples are just the tip of the iceberg: search through social media and news aggregators long enough and you will find a wealth of heart-warming, inspiring examples of a superhero movie being used to cultivate citizenship. It is completely, utterly unprecedented.

As is the film itself. When I first watched Black Panther, I was stunned. And a little jarred. It made me, for the first time, truly understand just how lucky my lifelong cinematic experience has been. I have never had to try hard to seek out narratives featuring those of my skin colour and background. I have not sufficiently questioned why black and minority ethnic actors tend to be strictly relegated to certain character archetypes, such as the wisecracking best friend. I have grown complacent when seeing blockbuster after blockbuster starring white people. I am, basically, privileged to the fucking extreme. I have always known this and tried to understand and criticise film accordingly, but… it’s only now I think I truly realise to what extent.

Very little about Black Panther felt recognisable to me: Ludwig Göransson’s beautifully evocative soundtrack, weaving together centuries of African sounds; Rachel Morrison’s gorgeous cinematography, the visual ecstasy of Hannah Bleachler’s production design and Ruth E. Carter’s costumes, and the narrative itself – it all felt distinctly alien, yet equally new and enthralling. I came away from the cinema (twice) feeling energized, with a desire to learn more about African history, Afrofuturism, African language, and the history of black activism around the globe. I have never not been interested, per se. It simply took the dazzling beauty of Black Panther to truly hit home how there is an entire continent’s worth of culture which I, along with the majority of white western audiences, am completely unfamiliar with. Such is the beauty of Black Panther: its mission statement is to entertain, yes, but also to educate, inform, and inspire. 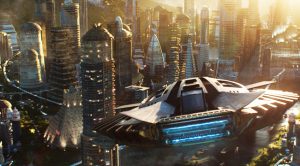 Amidst the hubbub and extravagance of Black Panther’s success, the notion that it is an educational activist film – that it is an act of resistance against Hollywood and, indeed, America itself – has been somewhat criticised. Both Khanya Khondlo Mtshali and Kenan Malik have scoffed at the idea that purchasing a ticket for a Disney movie constitutes resistance; within a capitalist studio system with whiteness seemingly scorched into its veins, no true defiance can occur, nor is it even desirable. In Malik’s view, we should “not turn radicalism or resistance into a fairytale,” so as not to commodify historical racial struggles. To Mtshali, Black Panther’s politically-drenched critical responses merely remind him of the “lofty and unfair expectations” we pile upon black art. It cannot simply be.

Wakanda, however, is an inherently political concept, whether we like it or not. One could argue that we are supposed to feel discomfort in discussing Wakanda in a real-world political context because it represents the African ideal – a potential world which was never realised. A nation unconquered, untouched, unknown. That, however, is essential to enjoying and appreciating Black Panther. Wakanda is so beautifully, perfectly realised on screen that, a few moments after one exits the cinema, cognitive dysphoria envelops the mind when one realises that Wakanda isn’t real. It could have been, had dead men changed their minds hundreds of years ago. But they didn’t. There is no Wakanda. There may never be a Wakanda. And then, once it has passed, it is replaced by anger. Anger at the West for stripping an entire continent of its resources and its people, and, in turn, stripping those people of their humanity. Anger which can be funnelled into activism, into education, and into change.

No, Black Panther is not capable of somehow ending racism all on its own. That’s not the point. As well as entertaining us, the film builds a bridge from Africa to the West, inviting us to learn more about the world we have consciously and unconsciously subjugated for so long – and the inherent accessibility of big-budget blockbuster provided the perfect platform for Ryan Coogler and co to do so. Yes, Black Panther was bankrolled by Disney, a conglomerate which likely has little interest in civil rights beyond how it affects the profit margin, but does that matter?

Okay, no, rephrase: it is more important to celebrate the fact that Black Panther exists, and to praise the work of the artists who made it, than it is to criticise Disney and the studio system. When such positive force has been generated by Black Panther, the fact that it’s a Disney movie is utterly irrelevant, and to dismiss it based on its status as a superhero blockbuster is disrespectful to the work of Ryan Coogler and his team. It is infinitely more important to hope for a better future for black art than it is to condemn the past – the exact same message which T’Challa ultimately advocates for. Through the unmitigated rage of Erik Killmonger, the king of Wakanda learns that his nation has failed the world, and immediately begins to make things right: the borders of Wakanda are lifted, their unparalleled knowledge and technology shared with humanity for the first time in history. T’Challa knows that to wallow in past mistakes does not deliver change. Only action. Actions such as making a superhero movie about a king of Wakanda.