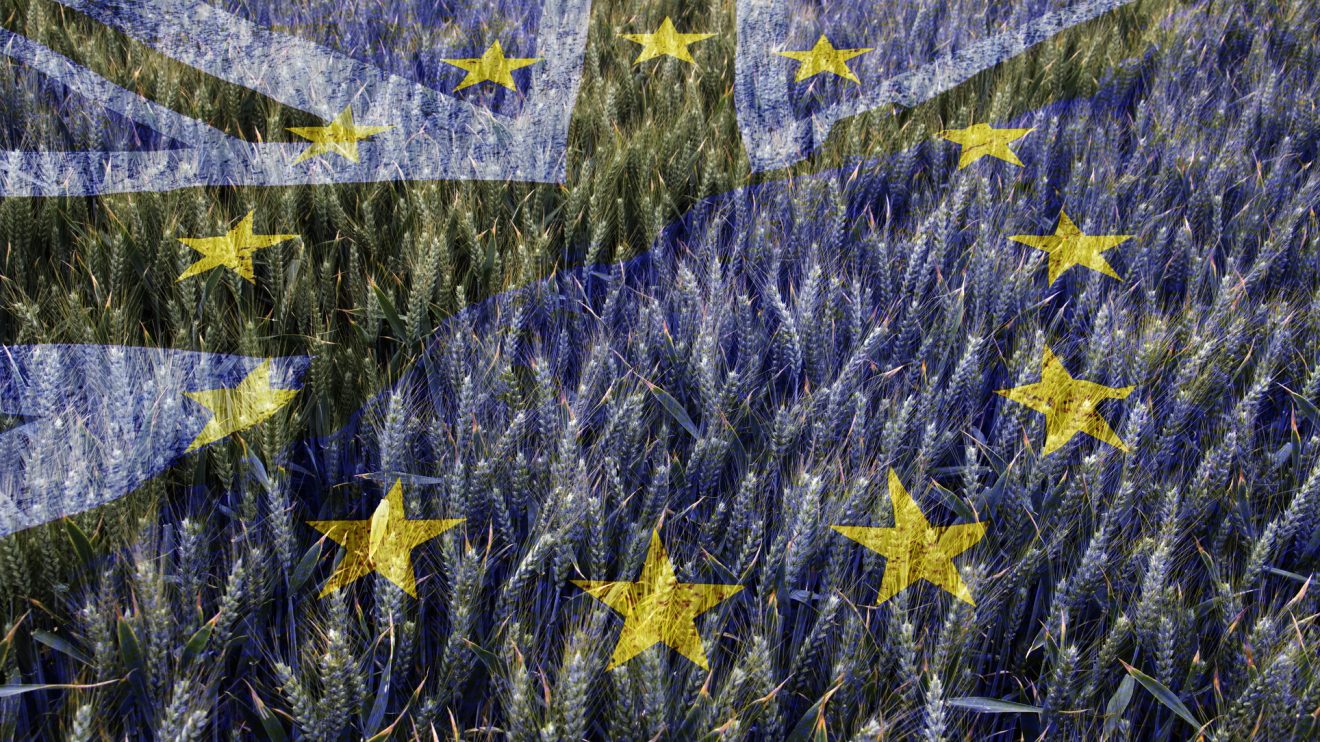 First it was foraging, then it was food banks and concerns over food waste. Now, in an age of food stockpiling and Brexit, has the local veg box found it’s moment?

In the UK there has been an increase in popularity in foraging, particularly since the financial crash of 2008 and the start of austerity in 2010. What’s also emerged since 2010 has been a growing concern about food waste. Supermarkets pouring bleach on skips full of discarded food in order to stop skip raiders snaffling food that is edible, but a few days past its sell by date, sit uncomfortably alongside the huge growth in food banks and homelessness.

Into this growing awareness of food waste and thrift has come Brexit, which has, in recent months, re-focused debates on food sustainability in the UK. There’s nothing like the prospect of empty supermarket shelves to get people thinking about food supply chains, and people have begun to wake up to the large volumes of food that the UK both imports and exports. It’s particularly of concern as regards our just-in-time trade in salad and vegetables, much of which is currently speedily transported in from Spain, the Netherlands and France.

When I visit my local greengrocer I see tomatoes from Spain, French apples, Iranian dates, Israeli potatoes and pineapples from South Africa. Some of these things we can, and do, grow ourselves. But not all of them, and not all year round. Take blueberries: We do grow the fruit in the UK, but only in season. Out of season, the blueberries sold in greengrocers and supermarkets come from countries as varied as Poland, Chile and South Africa. The year round supply of asparagus works in a similar way.

In a related note, the BBC reported in November 2018 that food warehouses storing frozen and chilled food are “almost full”, according to Chief Executive of the Food and Drink Federation, Ian Wright. A reflection of how seriously food suppliers and retailers are taking the possible disruption posed by Brexit.

Concerns about food sustainability over the past six months have coincided with a rise in local, often organic, veg box schemes. The Financial Times reported in January that the organic food sector is entering its sixth consecutive year of growth in the UK. Not all of this is veg box sales, but some of it will be.

Could the stockpiling phenomena, concerns about food sustainability, and a general mood for thriftiness and a lack of waste have created the perfect conditions for the rise in veg box sales?

In an attempt to shed some light on the subject, I surveyed a number of veg box providers, ranging from small local firms to national operations. I asked them if they had experienced an increase in custom in the past six months, and if they felt it had anything to do with Brexit. Many didn’t reply, but of those who did, the answers were illuminating.

Eversfield Organic, who are based in Devon, reported a 30% increase in veg boxes and individual vegetable items in the past six months. Jeni, their marketing manager, told me:

“We have also expanded our range in response to demand introducing a greater range of fresh produce and boxes including a No Potatoes Veg Box and Juice Box. More and more people are visiting our website to find produce which is produced locally and sustainably as our food and farming industries face an ever more uncertain future. While the deal for the British organic export market remains unclear and a no-deal Brexit seemingly impossible, many customers are coming to us switching their grocery buying habits to support British growers and producers.”

Regather Co-Operative, who are based in Sheffield, also reported that their veg box scheme is growing and that “there seems to be an increasing demand for locally grown, organic produce. That must be linked to people thinking more about where their food comes from and Brexit definitely puts this topic on the agenda.”

The company are well aware that Brexit will have an impact on their business, and have outlined, in a recent blog post, how they see the various Brexit options on the table affecting them. As they point out in their post, “April is one of the leanest months in the UK for crops”. As is the case with my local greengrocer, and with supermarkets, Regather Co-Operative turn to Europe in April to fill a fruit and veg gap that cannot be filled by UK produce.

Because (at the time of writing) we are due to leave the EU on 29 March, a no deal Brexit, possibly accompanied by a return to WTO trading rules, would hit the food industry particularly hard. Regather have highlighted the ways in which they could be affected by this, including delays and tariffs leading to less choice in products and higher prices, and it’s easy to see why they, and other companies, are concerned about the way the Brexit debate is going.

While veg box schemes and locally sourced food are good for communities, good for the environment and good for consumers, they do still come up against the reality of the seasons as well as less predictable causes of shortages and crop failure such as flooding and other freak weather conditions, often caused by global warming.

It’s great that veg boxes are growing in popularly, but they won’t be the answer in the short term so far as Brexit food supplies are concerned. In the long term though? Only time will tell.