The Man Of The Hour

For those of you who don’t know who LeBron James is, he is a 34-year-old basketball player who currently plays for the Los Angeles Lakers.  But that is not all, this basketball player is one of the most prolific NBA stars of all time, he has a list of accolades which is literally too long to list in this article, but some of his best records include 3 NBA Championships, 4 NBA most valuable player (MVP) awards, 3 NBA MVP finals awards, and 2 Olympic gold medals…..  you can trust me when I say the list goes on. Perhaps you would be more familiar with the likes of Michael Jordan, well, in the often debated “best of all time” conversation, those who are claiming that Jordan isn’t the greatest, are citing LeBron James as their reasoning.

This towering athlete is regarded as a hero on the court, but within this piece of writing, I will be focusing on what makes him a hero off the court.  For this man from Akron, Ohio has decided to give back to his community in one of the best ways possible, for he sees the problem that the underprivileged children in his hometown face, and is looking for a way to make a difference for them, one that will echo throughout the rest of their lives.

The reason why this initiative is so close to James’s heart, is that at one point he was in the situation many underprivileged children currently are. His mother found it hard to secure full-time employment, meaning they were constantly moving, in fact in the fourth grade, James missed a total of 83 days from school, as also reported by USA today. James wants to see that the underprivileged youth who need his school the most, receive the help that will change their life for the better, through a stable, first-class education at the school where he attended and played basketball for, the St. Vincent-St. Mary High School in Akron, Ohio.

It all began in 2011 when James was researching the high school dropout rate in Akron, it was upon seeing these figures that he decided to start the “I Promise” initiative, with the focus being on supporting the children in his community.  In November of 2017 James’s foundation expressed to the Akron school board the desire to facilitate the building of a school which has the goal of helping disadvantaged children with their schoolwork. The plans were soon approved and the development of the school began.

The LeBron James foundation has so far contributed around $2 million to the project, transforming the old St. Vincent-St. Mary High School into the I Promise School.  The money helped towards the refurbishment and furnishing of the building as well as startup costs and other supplemental supports. The money from the foundation has also paid for all the student uniforms as well as the food pantry, and to top it all off he is paying for the substitute teachers, as well as four extra teachers for the school.  Although there has been such a large amount of money donated from the LeBron James Family Foundation so far, they will continue to financially support the school in the following years depending on how many students are in attendance.

Something which is extremely surprising is that some people have criticised James over the media coverage of the situation at the school, as some reports led people to believe that he was supposed to be funding 100% of the costs for the I Promise School, and as such, has now opened a school, but is leaving the future costs for the tax-payers of Akron to burden, but this is not the case.  One of the misunderstandings is that due to the school’s selection process, extended terms and unique programs, that it is a charter school (a form of school which has received quite a lot of criticism), but the school is still very much a public school and requires public funding. Indeed if you ask anyone attached to the project from a public official role, they are all citing that what he has done has transformed the school, and it is now doing something very different and interesting in terms of education, and making a real difference to the lives of the children in attendance there.

Features Of The I Promise School

According to USAtoday.com, on July 30th of 2018 the school first came into operation.  Beginning with only 240 students over grades 3 and 4, and USA today has stated that the school is set to be fully operational by 2022 and facilitating all grades from 1 through 8, at this stage it is predicted that the school will be operating with around 900 pupils.  The school is housed in the former Akron Public Schools administration building and as such it remains fully part of the Akron School District, what this means is that the teachers are still paid by the district and the curriculum which is taught at the school is in line with public school requirements.

A normal school day here runs from 8am to 5pm, and summer vacation is shortened quite a bit, although this is to allow shorter breaks to be spread throughout the year instead. The family resource centre and “family plans” are aimed towards the families of the students in order to give them a more stable learning and studying environment while at home.

There are also additional services for the families of those attending the IPS, these include food for families, career placement services, bikes and helmets for every single student, and one of the best services, one which James’s mother would have needed back when he was at school, is GEDs (a high school diploma alternative, where when tests are passed, provide certification that the test taker has high school academic skills) and job placement services.

The IPS currently uses a STEM-based curriculum, this stands for Science, Technology, Engineering and Mathematics, showing that the school is certainly staying relevant with the times and that most graduates will have a wide range of choices in front of them if they decide to pursue a third level education and a career within these fields.  In fact, one remarkable aspect that is covered in the pre-existing “Akron I Promise Network Scholarship” which was developed between the Lebron James Family Foundation, the University of Akron, and JPMorgan Chase, is that every graduating student gets free tuition to the University of Akron. The only requirement is that they graduate high school with a 3.0 grade point average, now if that isn’t a serious contribution to the assistance of a child’s education, then I surely don’t know what is.

Now one thing that the critics may say is that you can have all the nice things in the world, but it is the application which is key, especially when dealing with the young.  Well the recent findings in closeup360.com are that 90% of the 240 kids that made up the student body in the IPS’s first year, have met or exceeded their individual growth goals in the areas of mathematics and reading, and have beaten their peers across the Akron district, simply showing that not only do they have the facilities, but they have the execution techniques required to make the school a complete success in the years to come, and no doubt will be producing some of the best results seen in Akron and Ohio state.

A Man Of Great Influence

As stated previously, JPMorgan Chase has had a hand in some of the great work going on within the I Promise School Network Scholarship, well they are not the only business that has decided to help the LeBron James Family Foundation in their quest to give back to the community and help the youth of Akron.  It has recently been announced that the school is getting a Sports Matter grant to the tune of $1 million to build a new gym which will be used for physical education and after-school activities.  This extremely generous grant has been supplied through the DICK’s Sporting Goods Foundation in an attempt to help the school as they believe in the values and opportunities that sports give to children.  Well, they are certainly not wrong, recent studies have shown that physically active kids have up to 40% higher test scores, along with a significant decrease in the chances that they will be involved in risky activities.

Reported by TheGrio, in May of this year the LeBron James Family Foundation made an announcement that it had joined forces with that of Walmart for a long-term partnership which is aimed at a commitment to education, fighting hunger, and in making positive changes within their communities.  What Walmart has committed to in regards to the IPS is that they will always keep the 24-hour food pantry fully stocked with food, toiletries and basic necessities which are all available to the families of students. Considering that the school accepts underprivileged children, the concept of not running out of food can be a life-changer for some families, a truly great gesture from Walmart it has to be said.

Walmart is no small operation, and with the continuing support for what James is doing for his community, one can only think about who will be the next high profile character or company to come out in support of his, or indeed their own charitable cause.

A Beacon For The Rest

I see this story not only as a heart-warming one, where a local hero has stepped up and delivered to the people of his old community something that they could never have achieved on their own.  This story is something that needs to be seen as a beacon to all the rich and famous around the world to reach out, to do something that really matters for those who cannot do it for themselves.  Of course, there are many, many rich, powerful and influential people out there making a difference in the world. You only need to look at the former music artist Akon, he has started the project Akon Lighting Africa, which employs over 5000 people today and has reached over 1 million households.  It is people like this that we need to champion, alongside the likes of LeBron James for their exceptional contributions to helping their fellow man, and for zero return or reward, the reason behind committing these great deeds was simply because it was needed.

But then we have to think, should we only depend on the rich and famous to do these things of great value, become these beacons of light in a sometimes dark world, certainly not.  There is the potential to do so much good within each and every one of us, and it does not require great wealth or status, all it requires is our time and some effort. Do you have clothes you no longer wear, donate them to a charity shop, do you have a spare evening in the week where your time could be used to volunteer at a food kitchen or a retirement home?  Do you have a skill set that can be seen as valuable, in my case I am a writer, and have realised that it is a skill which may be needed in a charity, for advertising purposes, so I am seeking out a local charity/not for profit who need the service that I can easily provide, in order to give something back to my community. So take a moment to think about what you can do to help those in need around you, you never know whose life you could be changing by putting in the effort which means so little to you, yet means so much to someone else. 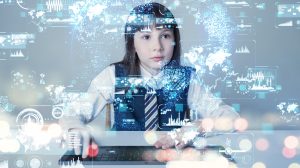 Is the Future of Education AI-Led Learning Platforms? 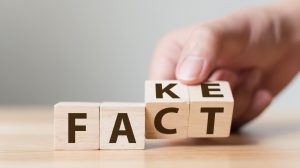 Schools In Ukraine Are Teaching Students How To Spot Fake News