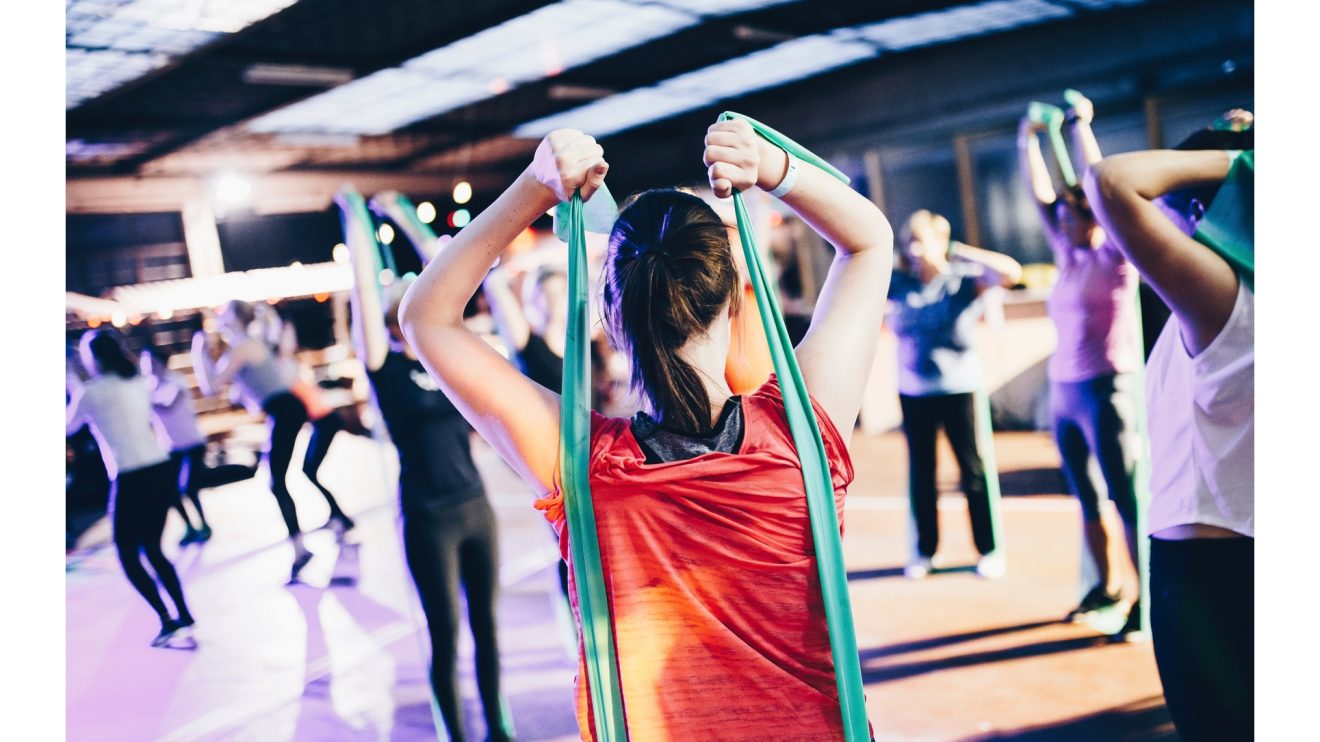 If you look around the next time you visit the gym, you’ll see there’s a strong correlation between fit, skinny women and wealth.

If you take to Instagram, the trend is much the same. Feeds showing Range Rover’s and Rolex’s are often accompanied by snaps of reverse crunches and road runs.

“Woah, woah, woah, that’s not true” you’re probably saying to yourself right about now. But hear me out on this one – we need to talk about sweat.

Who’s doing it? Why are they doing it? And, crucially, why are you more likely to be successful as a female in business if you’re fit?

Fitness habits in women are linked to their economic background and income, but this isn’t the same for men…curious.

In a US study, higher income was linked to higher physical activity in young women regardless of their age, but this was not the case for men. Women who exercise are wealthier, in a way that doesn’t hold true for men.

A similar study recently proved that the more you exercise, the more successful you’re likely to be as a woman in business. In an EY study of women holding high level exec positions, 90% had played competitive sports and among women currently holding a C-suite position, this proportion rose to 96%.

Research shows that participation in sports plays a big role in developing leadership skills for women. Here’s a look at a few female C-suite execs who were leaders on their athletic team before moving on to the office: https://t.co/WUe8WXLi2y #InternationalWomansDay pic.twitter.com/uyF8Ls8qOL

Why is this the case? Some think that sports encourage women to break gender norms, which bodes well later on in the world of business. I agree with this sentiment, sports teach women to celebrate the traits in themselves that are ‘traditionally’ male-like being aggressive, resilient and up for a challenge. Alongside this, there are the obvious skills that exercise and sport develops which aids an individual in business and everyday life such as discipline, commitment and an understanding of how to hit goals (literally the ones on the pitch, but also the ones we put on paper).

Now I don’t know about you, but this poses a glaringly obvious question to me…

Why is no one talking about the seriously strong correlation between being fit and being successful as a woman? Would more women exercise if they knew what a powerful tool it can be?

I have no doubt that pursuing exercise and sport helps women achieve prosperity and success in business, as numerous studies argue. So, I’m left wondering why we don’t discuss this when we market exercise to women? The fitness industry always talks about getting toned and losing weight, but rarely talks about bossing it and learning skills that will help you achieve your financial goals. Do we not have a duty to stop marketing sport and exercise to women as something to be done for outward aesthetic goals, and start marketing it as something which is intrinsically good?

It can’t be denied that the ‘strong not skinny’ movement has been helpful in the reshaping of marketing exercise to women. However, the main aim is still aesthetics – it’s still focussing on achieving a look. A bigger bum, a more toned waist and ‘strength’ which I agree is still a great thing to work towards. But what if we spoke of ‘strength’ as something that wasn’t just physical, but was mental too.

What if rather than pursuing the #goals set by the fitness industry, women pursued exercise for the lessons it teaches us about business and life. How refreshing would it be if women could exercise for some reason OTHER than to lose weight or look good.

Perhaps for the ability to overcome failure, the power of self-motivation and the trait of discipline. Or the promise of broader career options, higher net worth and increased authority both on the court and in the boardroom.

As a woman, I’ve always felt under immense pressure to view my body in terms of what it looks like, as opposed to what it can actually do. However, in the past few years finally *finally* my outlook has changed. Now, if a guy shouts “nice pins” (hypothetically) instead of being secretly flattered, I’d be inclined to answer with “thanks, they helped me run a half marathon” or “they helped me complete the 3 peaks challenge”.

Exercise has taught me something that you can only really grasp from the experience of having to wee on the side of a path on a mountain run, or giving up your pretty nails to play netball for a year. That is, that to achieve your goals you have to defy what’s expected of you as a woman.

But more so, if you want to achieve a goal in business, in sport, or in life, no amount of makeup or feminine charm is going to get you there. At some point you have to drop that crap, stop caring about being elegant and pretty and focus on getting the job done.

Let’s start talking about sweat. Not just because of how it helps us achieve a certain look, but because of how it’s a vehicle to true gender equality  – a reason that will always be a million times more compelling than booty gains.