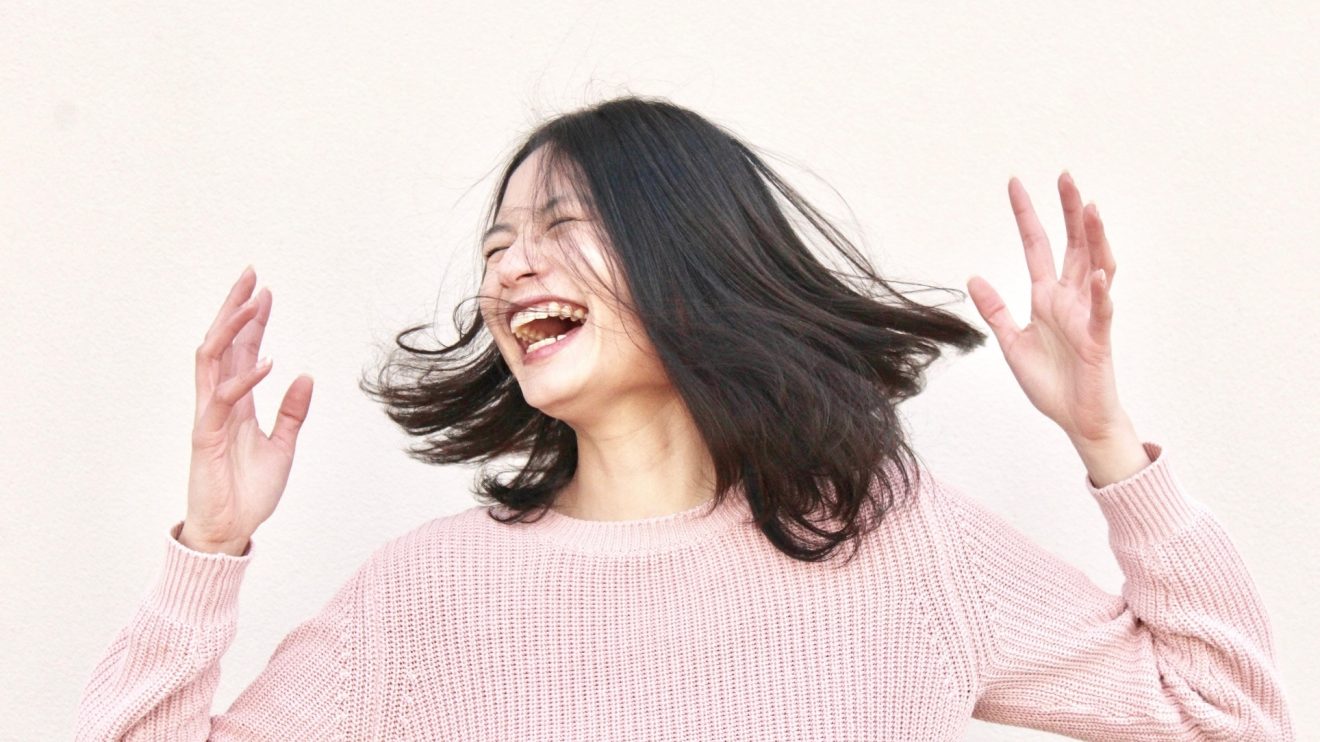 Smiling is something most of us do every single day, whether consciously or unconsciously. By contracting or expanding our facial muscles, we can produce thousands of different messages that provide cues to our overall emotional state. From as early as 4 weeks old, human beings begin to respond to these facial cues, registering various psychological outputs long before we utter our first words.

There are around 43 muscles in the face, all of which are controlled by a cranial nerve that begins in the skull and wraps around the ears. It can take up to 17 of these muscles to smile. Neuronal signals travel from the cortex of our brain to the brainstem which then stimulates the cranial muscles to contract into a smile. The signal then loops back to our brains, bringing with it emotional feedback which is translated by the amygdala. The amygdala forms part of the limbic system, the section of the brain which processes behavioural and emotional responses.

But what exactly happens with this feedback? What does contracting these muscles mean for our minds? Let’s find out.

The smile and the autonomic nervous system

Your body is incredible. With just enough food and water to keep it going, your body’s main mechanisms function with or without your input. Scientifically, this is referred to as the autonomic nervous system, the part of the nervous system responsible for controlling all the bodily functions which are not consciously directed. For example, breathing, the heartbeat, and the digestive system.

The sympathetic nervous system can also be triggered when you’re excited, for instance, when you’re about to do a bungee jump or, maybe more daunting, going on a first date(!).

On the other hand, the parasympathetic nervous system does the opposite. The parasympathetic nervous system counteracts the release of stress hormones such as cortisol, as well as other relaxing hormones and endorphins, to relax the mind and body when experiencing stressful conditions. Cortisol, also known as a steroid hormone, is produced in humans by the zona fasciculata of the adrenal cortex within the adrenal gland.

Smiling provides you with positive mental sustenance. Every time you crack a smile, a cocktail of feel-good chemicals are released straight into your bloodstream.

When you smile, four key hormones are produced by the brain, including neuropeptides, serotonin, endorphins and dopamine. Together, these four elements can be incredibly potent; a concoction of natural, intrinsic antidepressants. So, what do they do exactly?

Neuropeptides are one of the greatest scientific discoveries regarding the brain and its impact on mental health disorders. Neuropeptides serve a vast array of functions in the body. To name a few, it helps with everything from analgesia (helps to relieve physical pain), reward-sensitivity, your metabolism, memory to aiding sleep.

Serotonin and the following two hormones are positive neurotransmitters. They all work together to help calm the mind by lowering your heart rate and your blood pressure. Serotonin, in particular, plays a major role in controlling your mood.

Endorphins, similar to neuropeptides, are relaxants, which help to ease pain, and have a similar effect on the body to the painkiller morphine.

Dopamine is largely responsible for feelings of motivation and heightened energy levels.

Now, returning to our autonomic nervous system, interestingly the smile can trigger both parts. When you’re worried or stressed, if someone you trust or care about smiles at you, this can help you to relax. This is because their smile may trigger your parasympathetic nervous system to release relaxing stress-inhibitors. Their smile invites a rush of positive neurotransmitters to ease the body and mind.

On the other hand, if someone you’ve had a crush on for years or someone you hold in really high esteem smiles at you, this can make you nervous or excite you – cue the sympathetic nervous system. Here, your body may release high levels of dopamine and neuropeptides, heightening your heart rate, increasing your energy levels and making you more alert.

Indeed, smiling doesn’t just work on an individual level but on a collective level too. Smiling enriches the lives of those around us. Each time you smile at someone, and vice versa, your expression will penetrate more than just their gaze.

A smile a day keeps the doctor away

In the long-term, high levels of stress-hormones such as cortisol can lead to high blood pressure, heart problems, weight-loss or gain and various mental health problems. One mental issue associated with too much cortisol is insomnia. High levels of cortisol in the blood can alter your diurnal rhythm, your natural body clock, by keeping the brain alert. Sleep loss has its own number of negative side effects including heightened anxiety.

Anxiety plays a major part in heart disorders; the physical symptoms of anxiety, such as tachycardia (increased heart rate) and increased blood pressure (linked to coronary heart disease) can have a damaging impact on those who already suffer from heart problems.

In this way, as smiling has been proven to activate the parasympathetic nervous system, the division responsible for fighting the above ails, should we be prescribing smiles in place of antidepressants? It’s no surprise therapies such as laughing therapy, laughing yoga and comedy clubs are on the rise as increasing levels of mental health patients seek new and alternative methods to combat depression and anxiety.

Evidently, your smile won’t cure heart disease, but considering that smiling helps to reduce the symptoms that lead to heart failure and other cardiovascular maledictions, there’s definitely something to be said for smiling to improve your physical health just as much as your mental health in the long-run.

Research has shown that even when you pretend to smile, the muscle contraction can still trigger your nervous system to respond as it would if you were smiling ‘for real’. As already stated, we learn to smile from such a young age that the brain develops a reflex that will respond to the contracting facial muscles, whether we initially felt positive or not. Thanks to your body’s muscle-memory, you could literally ‘fake-smile’ yourself back to positivity.

At the other end of the spectrum, when we frown, the muscle contraction instigates a negative emotional response. Funnily enough, neuroscientists have proven that people with botox often get angry less after the treatment – the injection paralyses the muscles which make the amygdala process negative emotions!

There’s a hero in every smile

The bottom line is that smiling makes you and others feel good. The smile is a healing balm that can sink deep into the skin, the muscles, fibres and bones, right through to the very core of your being. Next time you’re feeling down or stressed, try smiling. You never know, it might just be the cure you’ve been looking for.