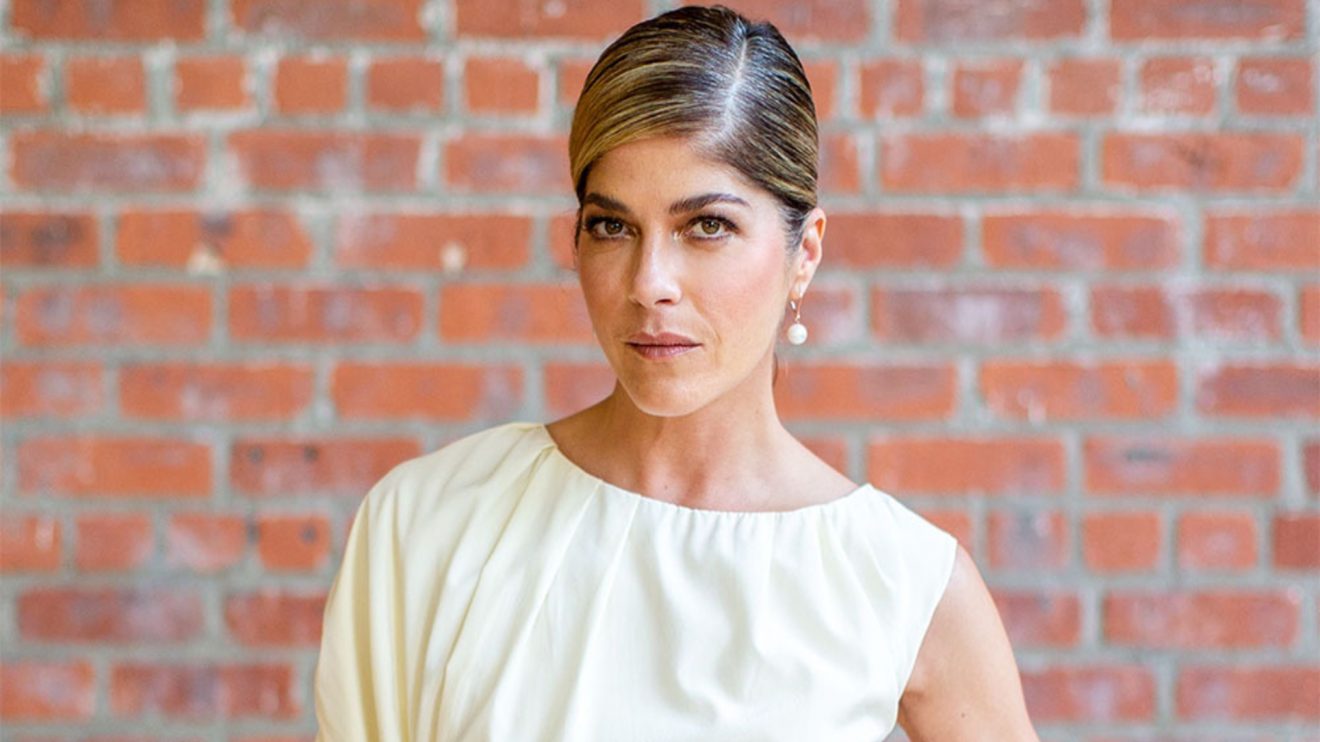 American actress Selma Blair has had an extraordinary career.

Soaring to international stardom with her leading role in Brown’s Requiem, she has jumped between comedy (The Sweetest Thing) and fantasy (Hellboy) on the big screen, later becoming a TV staple and racking up a Grammy nomination for her audiobook narration of The Diary of Anne Frank. It’s a career that many would dream of.

Behind the scenes, it hasn’t all been plain sailing, with the actress facing her fair share of challenges along the way. In 1990, her childhood sweetheart died in an accident aged just 18, whilst her 2006 divorce from writer and Producer Ahmet Zappa was well publicised. Blair has always, however, used each experience to her advantage, channelling her passion into her work – and her most recent hurdle is no exception.

In an Instagram post dated October 20 2018, Blair revealed that she is battling Multiple Sclerosis (MS); a condition that affects the brain and/or spinal cord, resulting in a wide range of problems, including loss of balance, problems with vision and fatigue.

I was in this wardrobe fitting two days ago. And I am in the deepest gratitude. So profound, it is, I have decided to share. The brilliant costumer #Allisaswanson not only designs the pieces #harperglass will wear on this new #Netflix show , but she carefully gets my legs in my pants, pulls my tops over my head, buttons my coats and offers her shoulder to steady myself. I have #multiplesclerosis . I am in an exacerbation. By the grace of the lord, and will power and the understanding producers at Netflix , I have a job. A wonderful job. I am disabled. I fall sometimes. I drop things. My memory is foggy. And my left side is asking for directions from a broken gps. But we are doing it . And I laugh and I don’t know exactly what I will do precisely but I will do my best. Since my diagnosis at ten thirty pm on The night of August 16, I have had love and support from my friends , especially @jaime_king @sarahmgellar @realfreddieprinze @tarasubkoff @noah.d.newman . My producers #noreenhalpern who assured me that everyone has something. #chrisregina #aaronmartin and every crew member… thank you. I am in the thick of it but I hope to give some hope to others. And even to myself. You can’t get help unless you ask. It can be overwhelming in the beginning. You want to sleep. You always want to sleep. So I don’t have answers. You see, I want to sleep. But I am a forthcoming person and I want my life to be full somehow. I want to play with my son again. I want to walk down the street and ride my horse. I have MS and I am ok. But if you see me , dropping crap all over the street, feel free to help me pick it up. It takes a whole day for me alone. Thank you and may we all know good days amongst the challenges. And the biggest thanks to @elizberkley who forced me to see her brother #drjasonberkley who gave me this diagnosis after finding lesions on that mri. I have had symptoms for years but was never taken seriously until I fell down in front of him trying to sort out what I thought was a pinched nerve. I have probably had this incurable disease for 15 years at least. And I am relieved to at least know. And share. ? my instagram family… you know who you are.

Of her diagnosis, she wrote:
“I have #multiplesclerosis. I am in an exacerbation. By the grace of the lord, and will power and the understanding producers at Netflix , I have a job. A wonderful job. I am disabled. I fall sometimes. I drop things. My memory is foggy. And my left side is asking for directions from a broken gps. But we are doing it.”

Whilst MS affects people in different ways, for Blair it seems that coordination and balance are her biggest hurdle, as she heaps praise on costumer Allisa Swanson, who “carefully gets my legs in my pants, pulls my tops over my head, buttons my coats and offers her shoulder to steady myself.” The help, she suggests, is key to her living with the condition.

Blair is, of course, not alone in her battle, as it is estimated that there are more than 100,000 people diagnosed with MS living in the UK at present. Most commonly diagnosed in people in their 20s and 30s, the condition can develop at any age, with the NHS suggesting that diagnoses are 2-3 times more common in women than men.

Her openness regarding her diagnosis, however, marks a major step in raising awareness of the condition. Although soap operas have tackled MS storylines in recent years – most recently with Johnny Connor’s diagnosis in Coronation Street – there are very few real-life documented cases from those in the public eye, resulting in the misconception that the condition is something of a death sentence.

No, there is currently no cure for MS, but that doesn’t mean that life comes to an end with a diagnosis. For Blair, MS is just another challenge to overcome and a test that shes tackling with full force. Whilst admitting that she “always wants to sleep,” she is in the process of filming her new series Another Life, set to debut on Netflix early next year, and has no plans to slow down.

What is most shocking, in fact, is that Blair believes that she may have been suffering from MS for “at least” 15 years, with the disease going undiagnosed until August 16 this year. That would mean that she had carried the disease since 2003 at the latest – shortly after the release of Cruel Intentions and Legally Blonde and during the filming of dozens of movies and multiple TV shows, including her stint as Kris jenner in Ryan Murphy’s American Crime Story.

The key to her ability to continue to work: positivity, determination and a willingness to ask for and accept help. “You can’t get help unless you ask,” she said, elaborating, “if you see me , dropping crap all over the street, feel free to help me pick it up.”

It’s a message that we could all do well to remember – people with disabilities don’t want passing sympathy and lingering stares, they want to get on with their lives in the knowledge that, if they need it, there’s always a helping hand on offer. And with that, an MS diagnosis becomes just another challenge to overcome until the time when a cure is found.