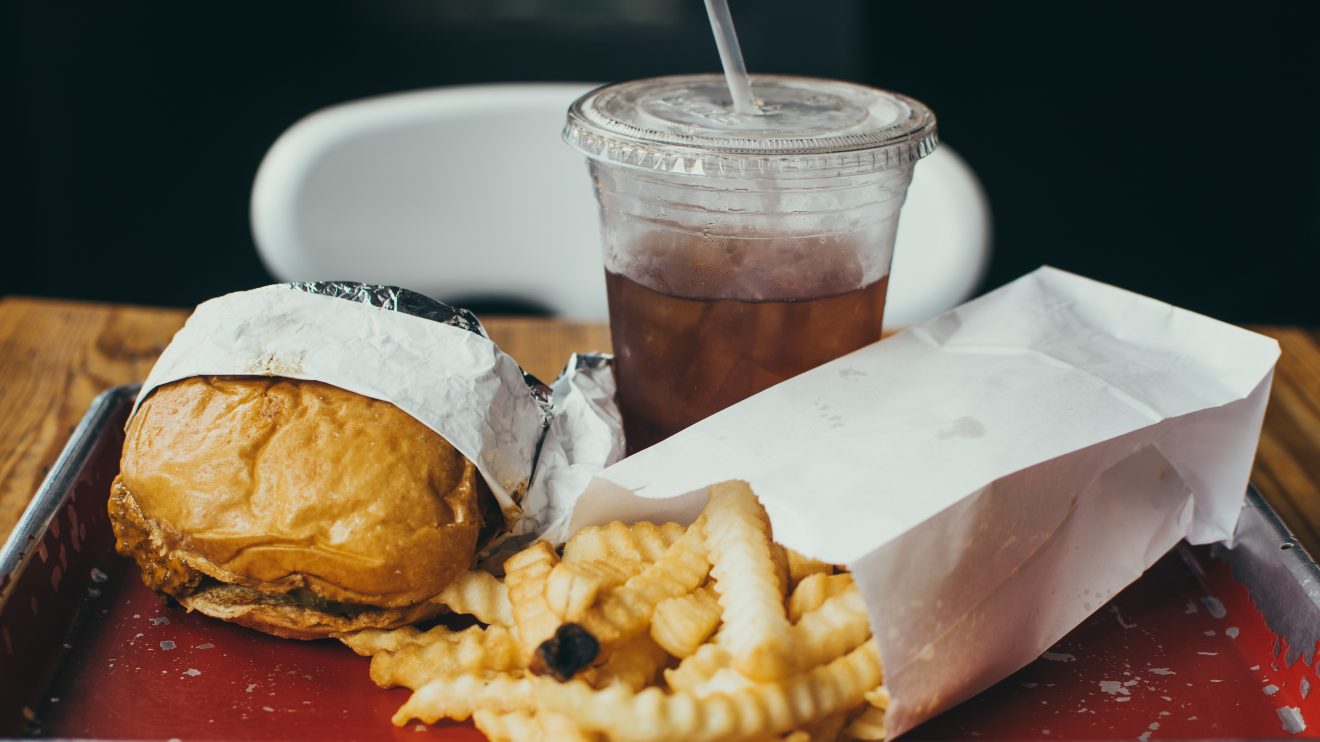 Ladies and gentlemen, let me introduce you to the humble vegetable. It comes in all sorts of varieties and is very affordable. With a little know how and determination, you can turn vegetables into a nutritious low calorie meal. Convinced? I wish the entire country was. The sad truth is each generation is getting fatter and it has to stop before we wipe ourselves out. It sounds a little drastic and if that was going to happen, it would be a few centuries away. But even though I wouldn’t live to see it, obesity still concerns me.

From an early age, society puts pressure on us to look good and we want to. I don’t think there’s anybody sitting at home right now saying, “I’m so glad my favourite jeans are too tight, maybe I should eat more chocolate.” But how hard is it to stick to a healthy diet? If six apples cost £1.50, but I can buy three packets of biscuits for that amount of money, which do I choose? Plus, if grains are fed to cattle to add that nice marbling to steak, why are there so many different breakfast cereals on the supermarket shelves? By now you would realise that I’m confused and my head hurts.

I learned a lot from my mother growing up and when my babies reached about six months old, they began to eat pureed or mashed vegetables just as I had. I’m taking potato, pumpkin and stuff like that. Don’t get me wrong, I did buy some jars of commercially made food, but not a great deal. So having recently taken a stroll through the baby food aisle in the supermarket, I was surprised at the range. There are even packets of crisp type things for babies. But are we teaching them the right way to eat? Checking the use by dates left me wondering what is in the food for it to have a shelf life of ten months. It’s true that variety is the spice of life, but is all the processed food that’s available now really good for our future generation?

Diets, diets everywhere, but which one do you choose?

According to Bloomberg, the healthiest country in 2017 was Italy. Perhaps the amount of vegetables they eat might have something to do with it. Believe it or not, it’s not all pizza and cannoli. So should we eat like the Italians? Second on the list was Iceland and they eat a lot of fish, lamb and dairy. The UK came in at number 23. Too many affordable biscuits and not enough equally affordable vegetables.

With so many different types of diets around now, it’s difficult to make a choice. But why meddle with tradition? For centuries people have been having three meals a day. The problem now is this is the age of convenience so walking to school and back has been replaced by Mum or Dad driving. Playing simple games like hopscotch have been replaced with a sedentary seat at a game console and I never see kids up trees anymore. That’s the difference. Convenience and technology have taken over and to make things easier, there are loads of ready meals in the supermarket to save time. So, each generation becomes a little fatter.

In an effort to combat the obesity problem, and the knock on effect which impacts on the NHS, the Government is imposing a sugar tax on soft drinks. But is obesity their responsibility? No, not at all. If you spend your days eating sugary snacks and sitting on the sofa, that’s your fault. The government might be able to deter us with the price of sugary drinks, but they’re not going to knock on your door and invite you to the park for a kick of the football.

It starts from an early age. You are what you eat and teaching children good nutrition is a must. Prevention is better than cure and exercise is the key.  So the next time you reach for a processed snack, pause for a moment and ask yourself whether you really want the snack or the 24 inch waist that Grandma had.

How to Sustain Changes in the New Year
Struggling in a Stranger’s Shoes: Barriers to Empathy
Comment