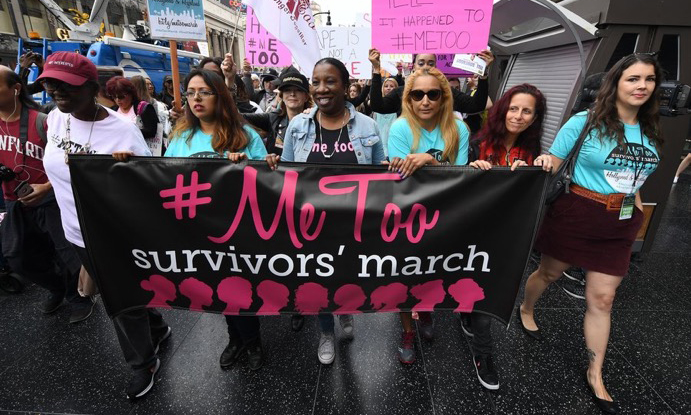 If you walked into an exhibition where ordinary clothing was hung on the wall, you may wonder the point? There’s nothing obviously special about a tracksuit, a dress, a pair of pyjamas or a My Little Pony T-Shirt, even if Bronies insist otherwise. So, what is the point? From the 8th to the 20th of January, the, ‘’Is it my fault?’’ exhibition was open at the Maritime Community Centre in Brussels, featuring clothing worn by victims at the time of their rape. The aim was to debunk the following myths; that certain clothing, for example, provocative, leads to rape; and that the clothing a victim was wearing should be a justifiable cause for rape. It can happen to anyone, at any age, wearing anything.

‘’Some victims begin to ask whether they were in part responsible for what happened to them either as a result of what they were wearing or as a result of how they behave when they are out” states Liesbeth Kennes, Policy Expert at CAW, a victim support group. This results in victim self-doubt and thus not reporting the assailant to the police. In Belgium for example, only 10% of rapes are ever reported. 10% of these ever lead to a conviction. That’s 1%. Just 1%

It seems more than just a coincidence that this exhibition has popped up, what with the recent scandal in Hollywood. Big names such as Harvey Weinstein, Kevin Spacey and Danny Masterson have been accused of raping various actors, actresses and staff, and the fallout has been huge. Harvey was fired from his own company and kicked out of the Academy of Motion Pictures Arts and Sciences. Kevin was fired from his hit show ‘’House of Cards’’ and has been removed from upcoming projects. Danny currently denies all allegations. As of January 10th, 51 men in the entertainment and media industries have either resigned or been fired from their jobs.

Though this fall-out made headlines, it’s the bravery of the men and women who called out their attackers that is making waves. Victims were encouraged to share #MeToo across their social media to show, in Alyssa Milano’s words, ‘the magnitude of the problem’. It was tweeted more than 500,000 times and used by over 4.7 million people on Facebook within the first day. Marches such as “Take Back the Workplace March” and the “#MeToo Survivors March” occurred in Hollywood, with speakers such as Civil Rights attorney Areva Martin and reporter Lauren Sivan. Sivan is one of many Weinstein victims.

“Today we are here to tell you that you will no longer keep us quiet — that ends now!” Sivan proudly exclaimed in the press release following the marches.

The #MeToo campaign was also Time’s, ‘Person of the Year’, honouring ‘The Silence Breakers’. Though the cover featured celebrities such as Taylor Swift and Ashley Judd, an arm of anonymous women is visible too, symbolising those who couldn’t speak out freely, and those who are still quiet.

“The women and men who have broken their silence span all races, all income classes, all occupations and virtually all corners of the globe. They might labour in California fields, or behind the front desk at New York City’s regal Plaza Hotel, or in the European Parliament. They’re part of a movement that has no formal name. But now they have a voice.” Time

Let’s hope that the bravery shown brings about a positive change in society.

The Secret Life of Pensions
Spare the rod and spoil the child?
Comment