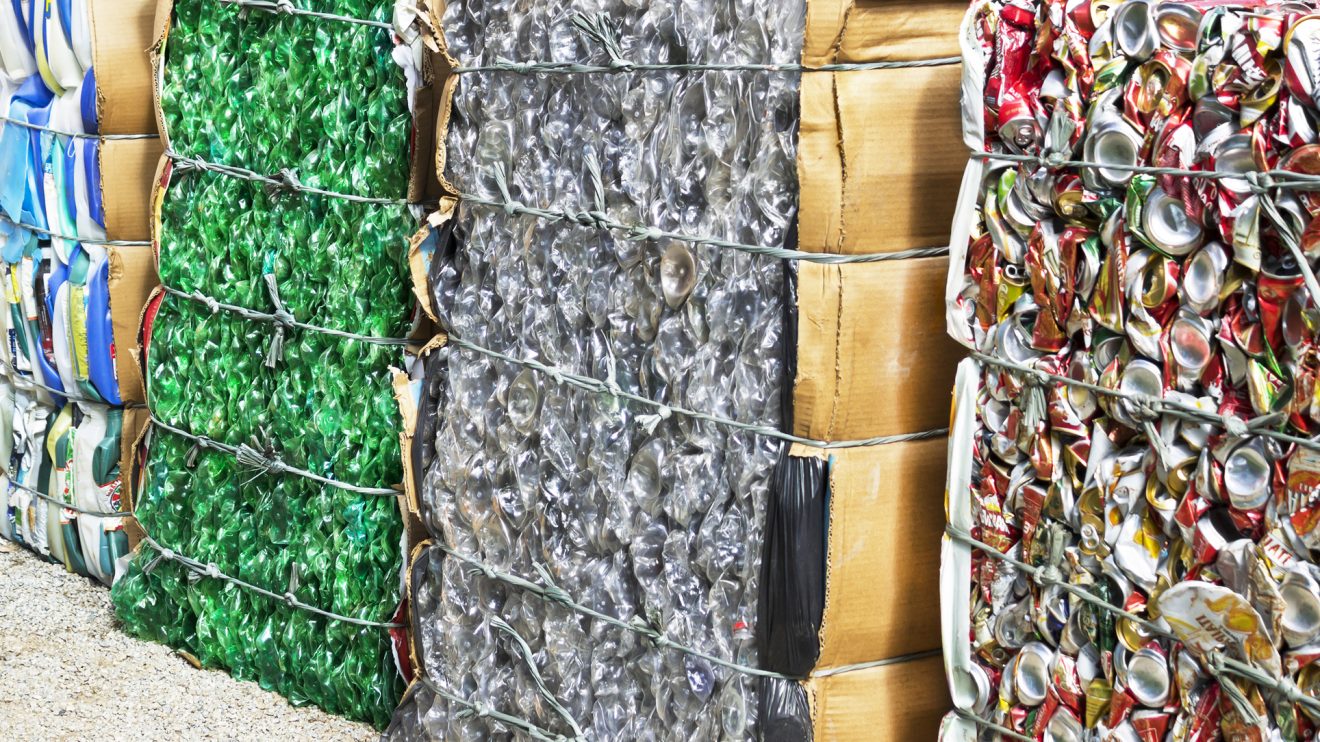 RecyclePoints was born from an experience we had in the UK many years ago. My husband (who is also the co-founder) and I were on a family vacation where we stayed in a holiday house. For the duration of our holiday, we disposed of our waste incorrectly. We didn’t know, we saw the separate bins but in Nigeria who has time to separate their waste. At the end of our stay, we were fined for our incorrect disposal of our waste – that was a wake-up call for us. Where we were coming from in Nigeria there was a waste management crisis, and there still is, but over here they really pay attention to this, see the need to do this, and see value in waste management. This gave us the motivation to go back home to develop a solution that suits the Nigerian ethos.

RecyclePoints is Nigeria’s foremost waste recycling and social benefit venture. We motivate the typical consumer to recycle their waste, by creating value from their everyday waste.

We’ve developed a point based incentive model from which we collect from registered consumers recyclables such as PET bottles, aluminium cans, corrugated brown cartons, old newspapers, pure water sachets, office papers and glass bottles. In return, we reward them with points which they can use to redeem cash, and household items as small as a pack of milk to as large as a flat-screen television.

The collected waste ends up in our community-based collection and sorting hub where women within the community come in and sort the waste and get paid for it, before the waste is further processed either by the shredding or baling and then being sold as raw material to manufacturing companies or recycling plants that need them.

RecyclePoints started in my kitchen. We started to separate our waste and everybody in my household got involved. From there we took the message to the street and to the neighbourhood stores. We were focused on preaching the good news of sustainability but didn’t think what to do afterwards as my husband and I still had our day jobs. When shops closed for the day they would collapse all of their cartons, gather their glass bottles and bring them to my house. Very quickly my house became the holding ground of the waste from the neighbourhood. So we began to research and found nothing existed in Nigeria in this space, and we went on to run our first pilot in 2012. The gap in the market gave us the space to innovate, understand what people needed and what people thought, and what we could do.

The solution was first geared towards low-income neighbourhoods as they are most affected by poor waste management. We found there was a greater response when people were given incentives to recycle. Imagine telling a small shop owner who is selling yam and other typical food items and just barely making ends meet, to also think about recycling. However, when we came with the incentive of being able to get rid of the pure water sachets, for example, that block your shop entrance after being sold, in return for a crate of drinks or cornflakes, that they can eat or sell,or better yet a fridge to help store items for longer, we saw a surge in uptake. During the course of our work, we found that incentives were a very good driver for culture change. That was the magic.

We are a social enterprise and there is a very strong social dimension to our work. People may not be doing this for the environment, as they are not eco-warriors, but they will do it for the economic gain. So it was a win-win.

Nosifat Lawal is a small shop owner in Obalende, Lagos, a slum neighbourhood. Nosifat didn’t have the capital to start her shop business, so started picking waste and recycling to earn points. She redeemed her points for crates of Coca Cola and Pepsi drinks, and that was the start of her drinks business. Nosifat continued to recycle as she was selling through her shop and redeeming her points for more drink stock. Nosifat’s story is one that bears the essence of the value created by waste recycling.

This is the third time Nosifat Lawal is redeeming her earned #RecyclePoints to equip her retail beverage business that she started with proceeds from her recycling activity. Slide Left to see her previous redemptions. This time she redeemed 17 Packs of @cocacola products and a pack of @omo_detergent. Her story is very unique, one that bears the essence of value created from waste recycling ♻️. #socialbenefit #socialinclusion #sdgs #circulareconomy #recycling #wastemanagement #beatpollution #financialinclusion

As a company, we’ve grown from a team of 4 to over 30 people. We built a solution with the waste pickers in mind, as the bulk of the work in waste recycling is in the collection and that is the most tedious part of the work. To have a sustainable value chain in new frontier markets like ours, you rely on the waste picker. They are the unsung heroes within the value chain.

We worked with GEMS4 project, which is a world bank DFID joint venture in Nigeria, and developed the waste pickers initiative. We made the hauling distances much shorter, increasing the accessibility to more waste pickers. As the waste pickers are mini entrepreneurs in their own right, we paid them in cash rather than in household items. We couldn’t pay them in physical cash so had to partner with the banks to open low KYC bank accounts. We opened bank accounts for the waste pickers at our hubs, and gave them first level banking education, from using ATM cards to mobile banking. This initiative essentially led us to banking an unbanked demography, and position these people to benefit from the opportunities of being banked. This initiative led to RecyclePoints being recognised for the MIT- Zambezi Prize for Financial Inclusion in 2018, where we were finalists.

We have 10,000 houses registered with us now. Corporates also got involved with RecyclePoints as they saw our impact grow, and realised that they could leverage on our platform to fulfil their environmental and sustainability objectives. From a grassroots perspective, we teach children how to recycle from a young age through our school programmes. Through the school programmes, we are developing a future generation of environmentally responsible Nigerians.

As a small social enterprise, we knew we couldn’t engage the government by ourselves so through the schools, corporations and individual households we effectively built a sector. In Nigeria, we became a very strong stakeholder in waste management in general and the waste recycling sector in particular, and pushed for large companies in Nigeria to buy back the waste they create as they are the key contributors to the waste, through the Extended Producers Responsibility (EPR) Policy. We formed the Recyclers Association of Nigeria to drive the conversation amongst the various stakeholders. Finally, the big 5 (Coca Cola, Seven-Up Bottling Company, Nigeria Bottling Company, Nestle, Guinness) amongst other companies, now form the Food and Beverage Recycling Alliance (FPRA). RecyclePoints became their first recycling partner, and that shot up our recycling demand to 150 tons per month. We’ve seen recycling grow from being virtually non-existent, to a whole sector that spans across the whole of Nigeria. RecyclePoints as a social enterprise has grown from my kitchen to a key stakeholder in waste recycling in Nigeria and internationally.

The passion of the communities drove us through the obstacles

It’s been a fulfilling journey but not an easy one. Starting from scratch we encountered many problems. In the beginning, there was no infrastructure, which in large is still a problem today. On the side of the citizens, there is a poor culture of littering and waste disposal. On the side of the government, there is a lack of infrastructure for waste management which is handled by the state government, and so does not trickle down to the local communities as it should if handled by the local government as seen successfully deployed in the Western world.

The stumbling blocks were heavy at the beginning and felt more like stumbling rocks. The second hurdle was acceptance. When we started 90% of our efforts were geared towards reorientation and education. We were the first in this space and had to firstly educate communities before engaging them in the process. We started off at the grassroots level, and I was soon given the name of Madam Recycle by the women in the communities.  As I walked through the streets they would hail out “Madam Recycle I’ve packed o! My own I’ve gathered, come and collect”. We engaged with the communities through the Youth Association leaders, Women Groups, Retiree associations, local radio and TV to educate and engage as many people as possible.

The third stumbling block was the high cost of the logistics. We pioneered the electric tricycles, but they could only go so far. We were losing money on the logistics side, for example, paying 20k Naira for a truck to pick up waste that has a resale value of 1k Naira. We found a solution in reducing the pick-up distances and having more drop-off points to make the economics work.

External validation was the rubber stamp we needed

I had a conviction from the beginning that we could make a success of waste management in Nigeria. Mazi and I had done the research, it had been deployed in so many other countries, and it just made sense. It’s not the easiest thing to do, but I had the passion to make a change, even if it was starting from 1 bottle at a time. People were battling hunger, and there was a waste management crisis – RecyclePoints was addressing both problems through one solution. As we started to gain traction it became clear that we were onto something, and that motivated me to resign from my day job and pursue the mission of RecyclePoints full time. We had bootstrapped in the early years and received our first external financial injection from the Tony Elumelu Foundation. This was an important milestone for me and strong validation for the business, as for the first time somebody outside of my family and close friends saw RecyclePoints as a viable business and put money behind us. The awards, grants and funding seemed to flow from then onwards. The Aso Villa Demo Day, organised by the Presidency, epitomized this as we made it to the final 30 companies out of thousands from all over the country. When we went to pitch in Lagos, one of the judges knew our business, he was following us on Twitter, Instagram, he knew what we were doing, and he effectively pitched my business for me. We ended up winning the Aso Villa Demo Day and Chivas Venture both giving us global media exposure. I later got inducted into the Mandela Washington Fellowship by the USA government, also won  LEAP Africa Social Innovators Award and so many opportunities led on from there.

My childhood hero will always be my late maternal grandmother. She always said that Chioma excellence is not a native of any nation, you work out excellence yourself and make it a native of your home. I’m of that crop of Nigerians that believe that Africans can get things done right and properly.

Solutions that make people understand the benefits derived from clean environments, not only create economically sustainable communities but also create protectors of nature. 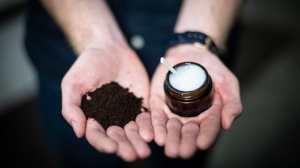 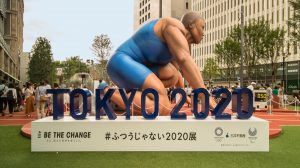 Harnessing The Power Of Social Networks For Social Change
Comment