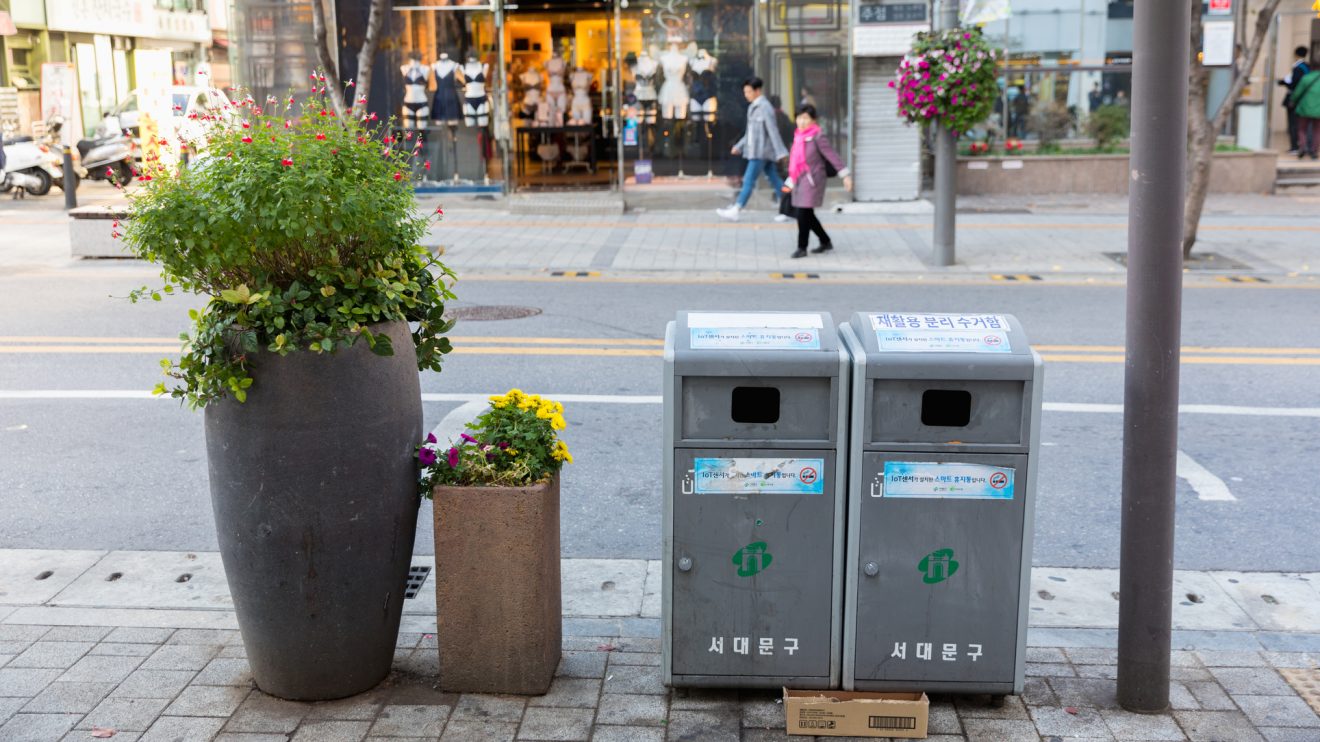 Food waste is a global issue that entails a wide range of devastating effects. The problem of food waste has gotten so out of hand that we now collectively throw away 66 tonnes of food every second. That’s according to a report by the Boston Consulting Group (BCG). Moreover, this report warns that food waste is set to increase by a third by 2030 and urges countries to take urgent action. Some countries are showing little signs of progress in this respect, while others are heeding such warnings.

South Korea is one such country that has been exemplary in this regard. Indeed, the country has been able to radically transform its whole approach to food waste.

Let’s take a look at how South Korea has been able to achieve this transformation and why this sort of change is so important.

In 1995, South Korea only recycled 2% of its food waste. This figure has now changed to 95%, which is quite an impressive improvement.

South Korea has long struggled with a food waste problem. In fact, wasting food is part of any typical dining experience in the country. The side dishes that you get with any traditional South Korean meal (known as banchan) are often left unfinished. This has helped to contribute to one of the highest rates of food wastage in the world. Every South Korean, on average, creates over 130kg each year. By way of comparison, people in Europe and North America are responsible for 95 to 115kg of food waste each year.

How South Korea Transformed Its Approach

In response to the problem of food waste, the South Korean government made a number of policy changes.

In 2005, food dumping in landfills was banned. Then, in 2013, the government made food waste recycling compulsory. An average four-person family pays $6 a month for biodegradable bags, which they fill with their food waste and then take to a smart bin, a high-tech food recycling machine. The food waste is then sent to a processing plant to remove the moisture from the waste – and this can be used to create biogas and bio-oil (both renewable energy sources). The dry waste, on the other hand, is turned into fertiliser, with some being used as animal feed. This fertiliser has helped an urban farm movement in Seoul to flourish, allowing many city-dwellers to grow their own food.

City officials in Seoul claim that smart bins have helped to cut food waste by 47,000 tonnes in six years.

Why We Should Learn From South Korea

When it comes to food waste, there are many bad offenders. The worst performing country, though, is Australia. Each individual in the country, on average, wasted 361kg of food in 2017.

We really have to take note of the devastating consequences of these sorts of habits. 1 in 9 people in the world do not have enough food to live a healthy, active lifestyle. And world hunger is rising. Given that one-third of all food is wasted, we could realistically tackle global hunger by addressing the problem of food waste. The UN estimates that if farmers – on a global scale – fed their livestock with food waste, there would be enough grain to feed an extra 3 billion people.

The environmental impact of food waste is also a pressing issue. Food waste creates 3.3 billion tonnes of greenhouse gases every year. It also uses up 1.4 billion hectares of land (or 28% of the world’s agricultural area). Some research suggests that cutting down on food waste would be the third most effective way of tackling climate change.

South Korea’s approach to food waste is, therefore, necessary. Other countries could certainly be inspired by the radical changes that South Korea has made. But it’s not the whole picture. While South Korea has been able to recycle nearly all of its food waste, the country as a whole is still wasting a lot of food. Indeed, wasteful eating habits have stayed more or less the same. The most effective way to reduce food waste will be cultural practices and government policies working in tandem to ensure that we eat enough while wasting little.