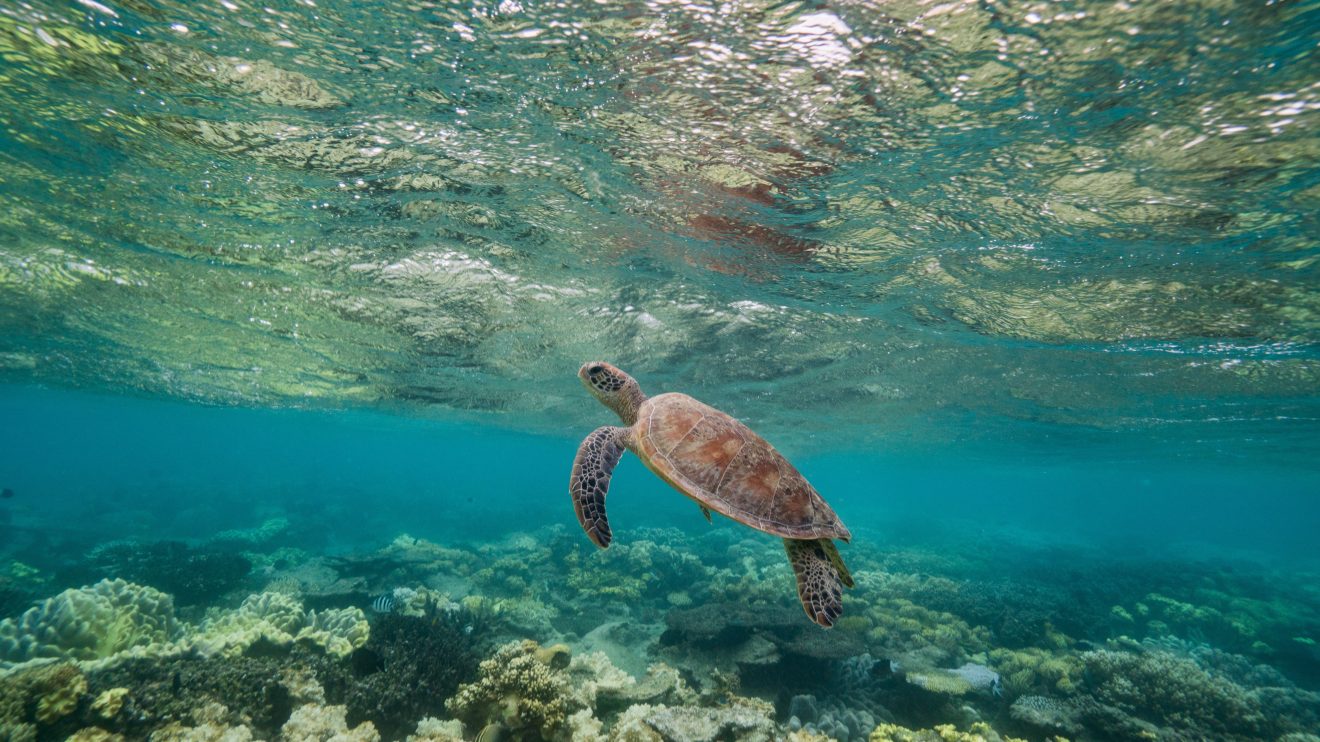 Blue Planet II has taken the nation by storm. Sir David Attenborough is back and this time, with exquisite images of the deep blue sea as never been seen before. He has also astonished us with a revelation of human activity that most of us would rather ignore. To learn from this tireless explorer of nature that our oceans are under such an unprecedented threat is so alarming that it really is time to stop and pay attention.

Plastic materials have seen a decline in use in the UK owing to a 5p charge that has been imposed on shopping bags since 2015 but the problem has not abated. Other types of materials that are toxic to sea life – as well as humans via our water and food – such as plastic bottles and clothing that is made from synthetic fabric, polyester, to be precise, are the focus of this article.

Why is plastic so attractive to us? Plastic has so many endearing qualities such as durability, malleability, light-weightedness, waterproof and so forth and yet, these qualities are so dangerous to our environment. Durability means that it will not undergo the same decomposition processes as natural materials do and therein lie the problem. No matter how small the pieces of material have become due to degradation from natural causes, they do not go away. ~Sherri Mason TedxThunderbay

The November 2017 publication released by Defra calling for the reduction of littering of drinks containers and promote recycling sites these pollutants as posing the biggest danger to marine life. The paper makes six suggestions to the public to curb their littering urges and one message to businesses to minimise litter. Clearing of litter by councils and law enforcement to littering also get a mention. In short, the thought seems to be that we should change consumer habits to force manufacturers to change their activities.

Arguably, end users of synthetic materials can make a difference to the plight of the sea life but time and again there never is enough evidence of the producers of these offending materials being called to task. Health and Science reporter Leah Messinger, looked into industry responses to the problem of water pollution and what they seem to be doing is a lot of investigation into the matter and ‘not quite ready to make an official statement on the issue’

The damage that the polyester in our clothing can do is a shocking revelation as with every wash of a newish synthetic jumper, 1.7 grams of fabric is released. This material is ground into small particles that get flushed into our rivers and into the sea. These are small enough that they can be consumed by animals and Professor Mason’s work found that a female mammal’s milk can get contaminated and passed on to its suckling which can cause death to the infant.

Professor Sherri Mason from the Fredonia State University of New York has conducted an extensive study into freshwater and plastic pollution. In a TedXTalk titled Beads of Destruction, she explained that ‘we are the problem’ and, therefore the solution, and in my mind, completely ruling out the crucial role that manufacturers play.

On that same question, I asked Professor Mason what she thinks should be the role of the manufacturer and this is what she said:

“I think to really tackle this problem takes a multi-pronged approach. My TEDxTalk was aimed at a particular audience, but not intended to imply that this problem can only be tackled by the consumer. Certainly, the issue is much bigger than that. I just don’t want people to leave my talks feeling powerless.

First, I am a big advocate for extended corporate responsibility. If corporations are going to produce this stuff, then they should be responsible for cleaning it up/ its end-life as well.

Beyond that, I think corporations need to rethink plastic. I understand that it is a very attractive material from an industrial standpoint for so many reasons, but given the environmental impacts, I think they need to find/create alternatives. Boxed water is one such example, as is Interface Carpets. There are ways to rethink how we make and sell products.”

Rethinking the way in which we use products is also something that Professor Mason takes very seriously. She says she takes reusable cups and cutlery wherever she goes and saying no to straws when she buys a drink has become something that comes with great ease.

The Winter Gardener
Sustainable Tourism: Is it an Oxymoron?
Comment