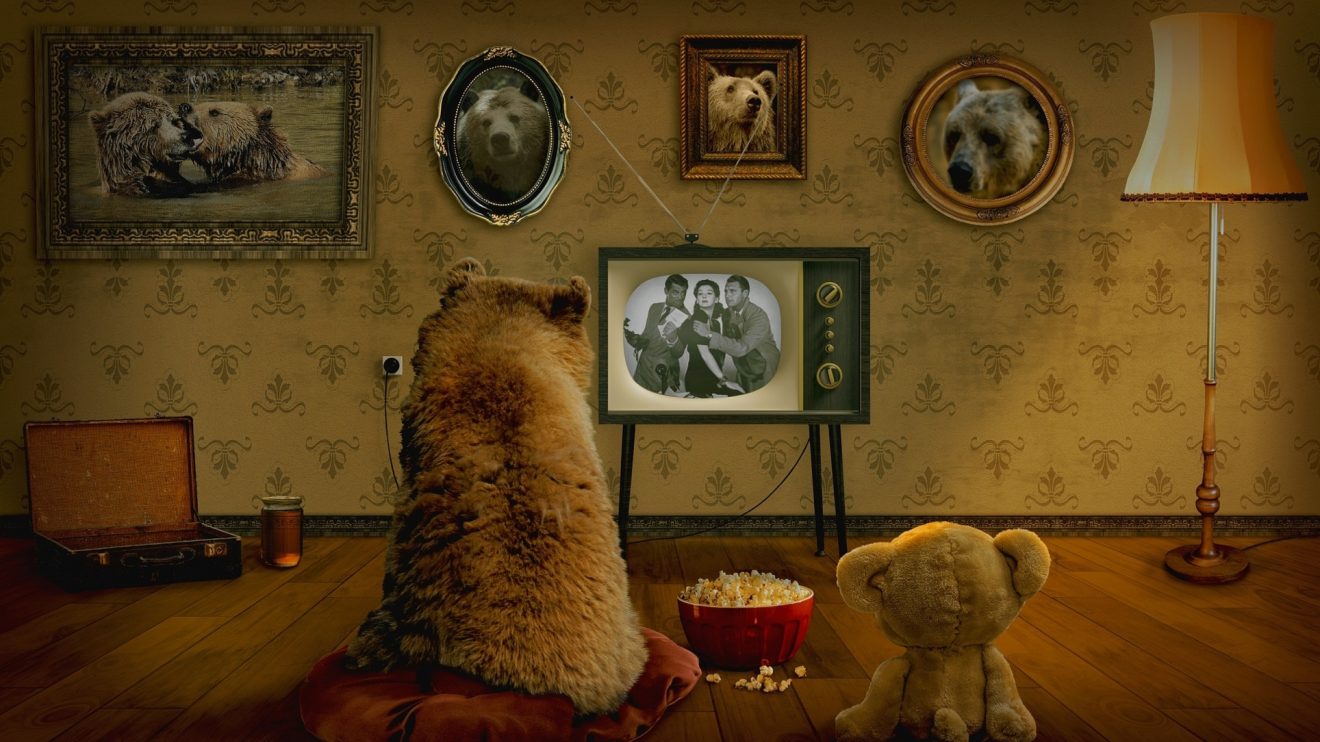 Isn’t it funny how, year after year, we always remark how we can’t believe how fast Christmas has come around again? “Where has the year gone?” we ask, as we sip on mulled wine and stuff ourselves with feasts of turkey, trimmings and a few too many mince pies.

Now that December’s firmly upon us, the festivities are in full swing, and it seems like we can’t turn our head without seeing one sign or another for Christmas deals. Who are we kidding, it’s been that way since October!

One of the earliest signs that the season is upon us is, of course, the appearance of that first TV ad, which seems to unleash a wave of Christmas commercials that, frankly, we can’t escape. And, we have to say, we just can’t get enough of them!

So, from the beloved big red truck to the unmistakable sound of the Rocket Man himself, here’s everything you need to know about 2018’s biggest and best Christmas TV ads.

John Lewis – The Boy and the Piano

Arguably the most eagerly anticipated advert of the festive period, John Lewis’ 2018 campaign stars none other than piano man and national treasure Elton John, documenting his career from the present day in reverse chronology to the Christmas where he received the gift of his Grandmother’s piano.

Adopting the slogan ‘some gifts are more than just a gift’, this year’s offering gives us a gentle reminder, as we scrabble to fill up all the space under the tree, that it’s not the number of gifts that matters, but rather the heart and soul behind them.

Continuing the retailer’s long-line of spectacular Christmas campaigns, this year’s effort is no exception, introducing a whole new generation to the singing sensation and LGBT+ icon – and, if reports of it’s £7 million cost are true, we’d expect nothing less.

If you are looking for a heartfelt Christmas gift a la Elton, however, but don’t have a spare £800 lying around, look no further than Lidl, who have taken to social media to launch their own campaign on the back of John Lewis’ commercial…

Just because you don’t have £872 to spend on a piano, doesn’t mean you can’t be the next Elton. #EltonJohnLewis pic.twitter.com/TakObmWfqr

For many of us, the familiar jingling of sleigh bells and the image of the big red truck across our screens is a definite sign that Christmas is on its way, and this year’s Coca Cola commercial gives us more of what we’ve come to know and love.

Opening with Santa in his workshop checking his Harry Potter-esque book of moving pictures to see which children have been good bad, we’re quickly transported into one family’s home, as they spot the arrival of the truck and head out into the darkened street. As the truck comes ever nearer, it’s passing lights up parts of the neighbourhood, until it finally illuminates the family’s street and children look on in wonder at the image of Santa on the back.

With Coca Cola branding their bottles and cans with that same image of Santa this year, the campaign succeeds at spreading the Christmas cheer whilst probably boosting sales a fair bit too!

Aside from the fear of not getting that much-wanted present that you’d been hinting at since July, we can all remember the apprehension surrounding school Christmas plays all too well – and that’s the setting for Sainsbury’s 2018 campaign.

Beginning in black and white, the opening seconds switch between the auditorium filling and the commotion backstage, before the show begins with one girl – the ‘North Star’ – in the spotlight singing the New Radicals’ classic ‘You Get What You Give’. After a shaky start, the ensemble of 59 children, aged 6-11, assembles to deliver a showstopping performance, in an array of eye catching outfits, including a string of Christmas tree lights and a fabulous rendition of the Queen delivering her 3pm speech.

Directed by Michael Gracey (The Greatest Showman), the advert not only highlights the family aspect of Christmas, but also features what could be the most shared Christmas advert moment on social media ever: the plug jumping into the socket.

Aldi – Kevin the Carrot and the Wicked Parsnip

Coca Cola aren’t the only ones recycling their Christmas campaign this year, as Aldi’s much loved Kevin the Carrot is back for another round of adventures, this year battling Pascal, the Wicked Parsnip.

After first appearing on screens in 2016, Kevin is back to save his carrot family who are being held captive by Pascal, ready to be served up in a Christmas feast. Ever the hero, ‘king of the veg’ Kevin rushes to his family’s rescue, launching himself up to their cage on a champagne cork and knocking Pascal into a bowl of nuts as he goes. In the end, the quintet escape, catching a sleigh ride home from Santa who just so happens to be passing by.

Not only is Aldi’s Christmas ad a great watch for adults and children alike, it’s also brought about a chain of Kevin the Carrot branded soft toys, which are available only for a limited time and are limited to two items per person. They are so popular, in fact, that the £2.99 model was selling on eBay last year for as much as £1,000!

One Christmas advert that you won’t be seeing on TV screens this year is Iceland’s much talked about #NoPalmOilChristmas campaign, which was banned by regulatory body Clearcast for being ‘too political’.

Moving away from their traditional festive offering, Iceland’s 2018 planned to extend upon their campaign against the use of unsustainable palm oil (the retailer is the first UK supermarket chain to commit to removing palm oil from 100% of its own brand products), offering it’s slot to a Greenpeace movie, narrated by Dame Emma Thompson, that highlights the destruction caused to rainforests as a result of palm oil use.

Whilst the campaign has been banned from television, the advert has been widely shared on social media and is on track to become the most watched Christmas advert of the year, and a petition for the advert to be shown on TV has so far amassed more than half a million signatures.

It might not be the most seasonal of offerings but just goes to show that these issues matter all year round.

Is Sustainable Development Possible? A New Persprective From J.RockStröm’s TED Talk
Mitigating Climate Change One Meal At A Time
Comment