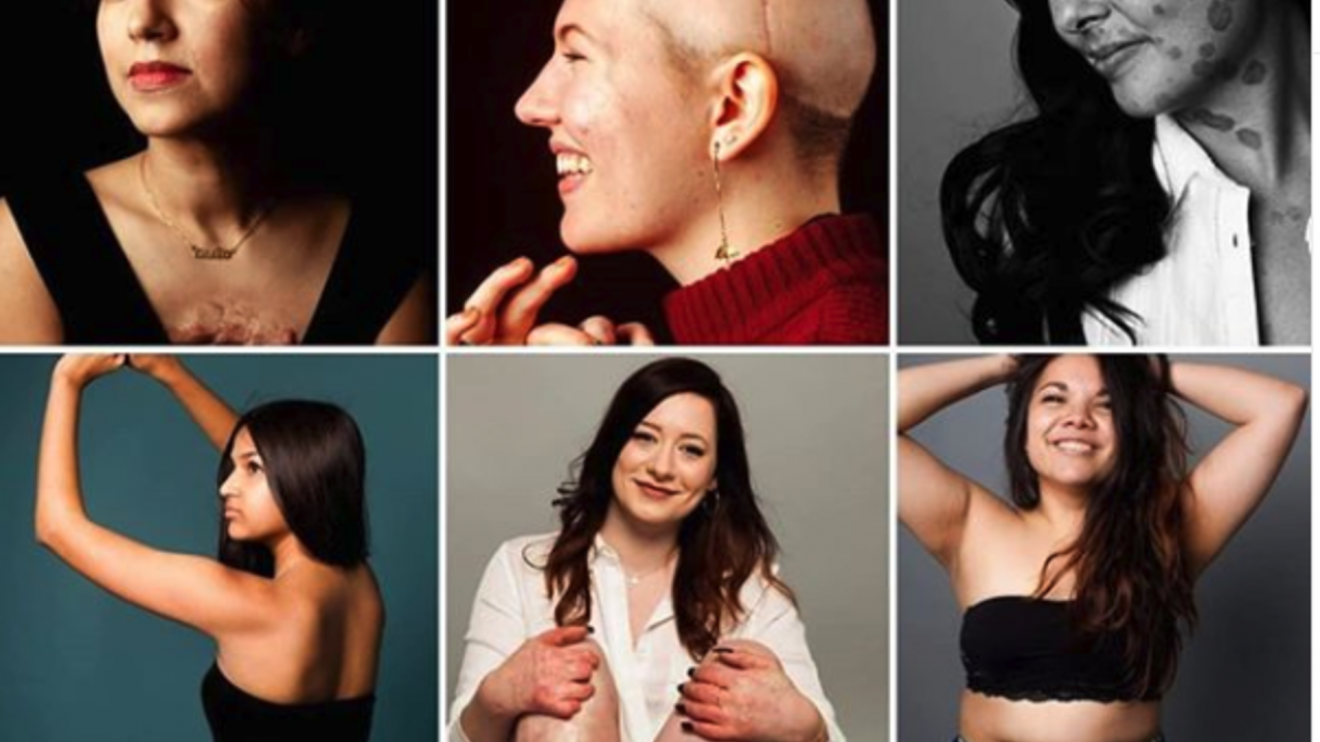 Behind the scars – bringing hope in a world that emphasises perfection

The human body comes in many forms – in different shapes, sizes and colours. Each one is unique for a multitude of reasons, and these differences are a true sign of our humanity. Each body has many stories connected to it that have been picked up through the course of its life. Often these stories manifest in a scar, a visual reminder of something it has had to endure. Some stories are happy ones to recount and others are difficult, but they don’t need to be hidden away and no one should be made to feel ashamed of their scars or their stories.

This concept has been embraced by photographer Sophie Mayanne, who over the past two years has taken photographs of over 450 people in her ongoing project to showcase scars, working to normalise these marks that adorn almost everyone. As well as amassing a collection of beautiful photos, the ‘Behind The Scars’ project also tells each participant’s story in their own words, in whatever detail they feel comfortable with. Based primarily on Instagram, this project has connected thousands of people and created a community where people can openly discuss their conditions and their experiences, often providing support and advice to others who have been through something similar.

When Sophie is planning a day of shooting photos for the project, she puts out a call to the community, asking for people to get in contact if they wish to be part of it. There are no guidelines – the scars don’t necessarily have to be huge, they don’t have to be particularly large or prominent (though they can be). She places emphasis on physical scars, but also acknowledges mental scars and the facilitation of healing through being photographed in a safe environment, and sharing these stories with the world.

From burns, to surgeries, to accidents, skin conditions and self-harm scars, the variety of participants are extensive, and the personal stories that accompany each image are moving, enlightening and informative. A lot of those who take part in this project speak about their struggles with self-acceptance through their lives, a product of a society that can make it difficult to accept and celebrate ‘imperfections’. Through her photography, Sophie has helped subjects find confidence in their bodies and establish new loving relationships with themselves. And by extension, this also applies to all who see the images: it is a non-judgemental, loving space to celebrate the diversity of bodies and marvel at the many things they have survived so far.

These empowering photos are what we needed to see growing up; not air-brushed celebrities on magazine covers, but rather an unashamed celebration of real bodies. Many young people with scars would never have seen beautiful pictures of people who look like them until now. The rise of social media and a recent move towards a more ‘authentic’ rather than a ‘curated’ online presence has meant that these photos are widely celebrated online, giving hope to many. In these moments of sharing our greatest vulnerabilities come the most real and impactful stories, and the most wonderful human connections.

The photos in the project are not designed to be particularly shocking. Often when scars are portrayed in the media they are used to show the brutality of an injury/disease, or they are depicted on a villain (like The Joker from Batman, or Scar from The Lion King), both of which conjure up negative connotations. This project is doing a fantastic job at breaking down these misconceptions and replacing them with love and acceptance.

‘Behind The Scars’ also plays an important role in awareness for many conditions. As well as the photos and accompanying stories, every weekend sees someone who has been part of the project doing an Instagram ‘takeover’ of the account, sharing more details of their story and candidly answering questions posed by any of the 34k followers of the account. From these interactions, you can see just how supportive this community is and how valuable the takeovers are for promoting awareness and understanding.

Sophie has recently come up against some difficulties in the social media world, with Facebook disabling her Behind The Scars account with no explanation, and Instagram censoring some of the photos with a warning that people may find the content offensive or disturbing. The hope is that these calls were made in error, as she has made sure that no community guidelines were ever breached. This is has been disheartening, as these photos need to be seen; the positive effect they have on people is obvious and censoring them only works to propagate a toxic feeling of shame around having scars. It also highlights how far society still has to go and how important movements like this are. It is difficult as an artist to have your work censored unnecessarily, but Sophie has shown that she is determined to keep pushing forward, calling out the social media platforms in a calm but impassioned way. Unfortunately though, the message this sends to the people who identify strongly with the project is heard loud and clear, the damage already was done. As Spencer Tunik, the creator of the recent ‘We The Nipple’ campaign (a movement against social media censorship of art) said, ‘Social media has dramatically increased artists’ ability to reach–and build–their audiences. Unless their medium is photography and their subject is the body’. This certainly rings true here.

Hopefully, these social media platforms realise the error in their ways and rectify their mistake, but thankfully the project is still available to be seen online www.instagram.com/behindthescars where it continues to garner support as it works to break down barriers and bring a sense of beauty and normalcy to scars.

The Meaning Behind The Semicolon Tattoo And Why It Matters
Could Rwanda Become The First Country To Eliminate Cervical Cancer?
Comment