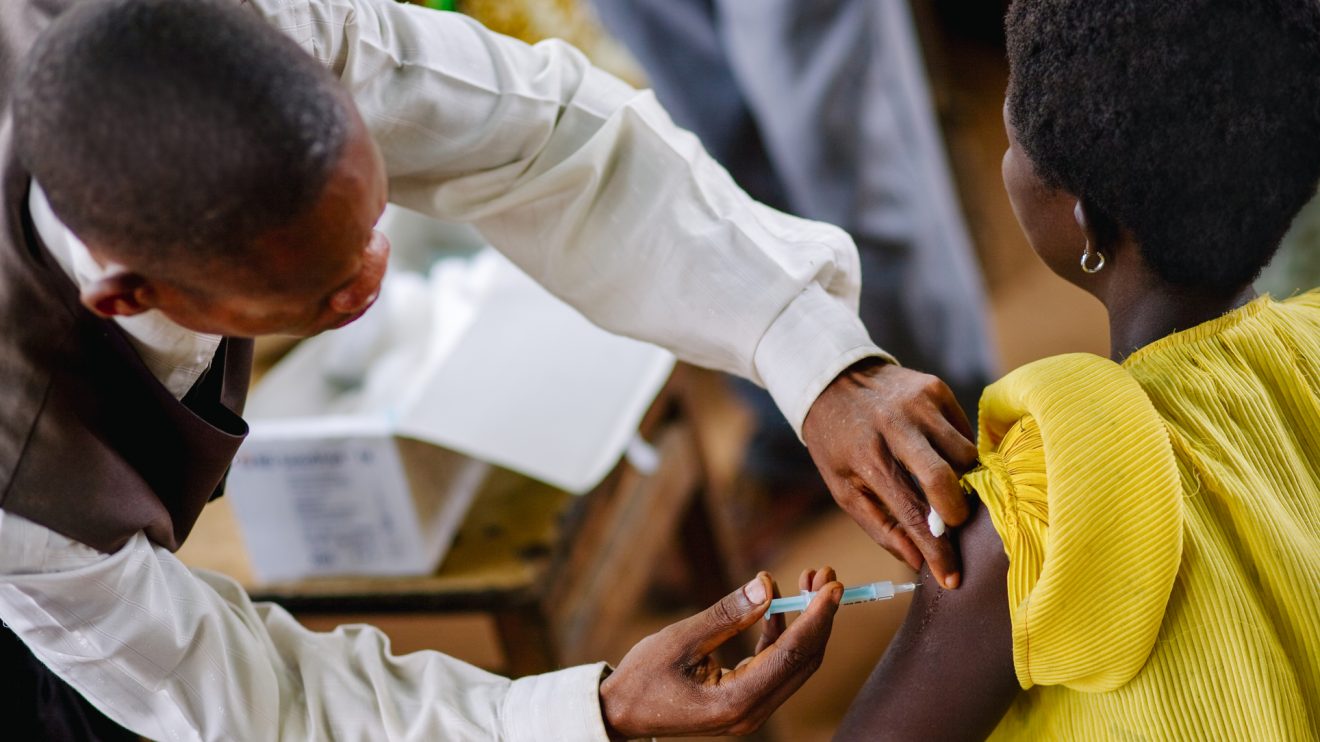 Although Rwanda was ranked as one of the poorest countries in the world following the 1994 genocide, it may soon become the first to completely eradicate cervical cancer.

The breakthrough may come as a surprise to many, especially given the financial setbacks that the country has experienced as a result. In actuality, the achievement is a result of multifaceted components that have in turn heavily influenced Rwanda’s cervical cancer prevention programme.

More than 800,00 people died in the Rwandan genocide, with its widespread impact causing devastation throughout the country. In the years following the atrocity, the amount of WHO-recommended childhood vaccinations fell to below 25 per cent of the overall population. However, only 20 years later, the number of babies in Rwanda receiving all recommended vaccinations had increased to around 95 per cent, with the average life expectancy nearly doubling between 1995 and 2011.

Despite Rwanda’s remarkable public health accomplishments, the same could not yet be said for the HPV vaccine, which if administered, can drastically reduce the probability of developing cervical cancer. In most cases, cervical cancer is caused by HPV, one of the most common sexually transmitted diseases worldwide. Whilst an estimated 570,000 new cases of cervical cancer and over 310,000 mortalities were attributed to the disease in 2018, the vast majority of those affected were women from low and middle-income countries. Sub-Saharan Africa especially has lagged behind in introducing the vaccine, with cervical cancer being the most prevalent form of cancer in Rwandan women overall.

In 2010, the Rwandan government came to the agreement that preventing cervical cancer was an unarguably important public health concern. As a result of a partnership with the German pharmaceutical company Merck, an immunisation programme was launched, incorporating local and religious leaders, community health workers and teachers – all of whom were instrumental in its delivery strategy.

As Mark Feinberg, former chief public health and science officer at Merck, explains “The programme in Rwanda had two purposes: to get the vaccine to a population who could benefit, but also to demonstrate what was possible. Rwanda is an incredible country in its commitment to national health. If it wasn’t possible in Rwanda, we knew it wouldn’t be possible anywhere else.”

The agreement with Merck meant that from 2011 onwards, the pharmaceutical company would supply the country with HPV vaccines for 3 years at no cost. Despite Merck being a for-profit company, it wanted to demonstrate that it was possible to introduce the vaccine in low income countries in the hope that Gavi – a global health alliance to increase access to vaccination in these countries – would take note and assist Rwanda in its ongoing fight.

Before the introduction of the vaccine, Rwanda previously offered 10 other vaccinations to young children as part of its immunisation plan. However, what differed in the delivery of Rwanda’s HPV immunisation programme were the specific obstacles that policymakers had to overcome, especially with regards to public perception and controversy. The country’s strong taboos regarding sex, and discussions surrounding it made the uptake of the HPV vaccine seem particularly improbable from the offset. As HPV is a sexually transmitted infection, cultural barriers surrounding sex meant that the scheme was in all likelihood destined to fail.

Unsurprisingly, as a result of this controversy, not all parents were open to the idea of the vaccine. Due to HPV immunisation being offered before the age of consent, many detractors linked the vaccine to promiscuity. The belief that vaccinating young girls sexualises them and encourages sexual activity is not unique to Rwanda, despite no evidence that those who receive the vaccine have sex earlier than those who go unvaccinated. This concern is why India has not introduced the vaccine despite over 67,000 women dying from cervical cancer each year. Further barriers were encountered when rumours linking the vaccine to infertility circulated, with misinformation spreading rapidly via social media. In Japan for example, the vaccination rate for cervical cancer fell from 70 per cent to less than 1 per cent following these reports.

Rwanda managed to overcome these misconceptions by tackling misinformed rumours, focusing mostly on the cancer prevention benefits of the vaccine. “Initially, when the HPV vaccine was introduced in different countries, there were differences of opinion on whether to focus on HPV and how it’s transmitted, or to focus on the fact HPV leads to cancer and this vaccine will prevent cancer,” Feinberg says. “Rwanda emphasised cancer prevention. It sought to communicate that the vaccine is here to protect young women from cervical cancer.”

The success of the immunisation programme can indeed largely be attributed to an awareness campaign employing thousands of community health workers and volunteers in every village, combating myths whilst focusing on the cancer-preventing aspects of the vaccination. A highly targeted advertising strategy, in combination with general public trust in government policy, also played its part. In the eastern province district of Bugesera fior example, billboards could be seen lining the roads, reading “Talk to your children about sex, it may save their lives”.

As Felix, Sayinzoga, manager of the maternal, child and community health division at the Ministry of Health, explains “Rwandans are really afraid about cancer so it was easy [to introduce the vaccine]. It was also about the trust the community has in the government. That was really important – the community knows that we do not bring things that are not good for them.”

Another obstacle in the way of the vaccine’s success was Rwanda’s partnership with Merck, which was not without its critics. German public health researchers voiced their concerns in an open letter, questioning whether the vaccination programme was “in the best interest of the people”. The main drawback, they contended, was that there were more pressing diseases to vaccinate against in the region, for example, tetanus and measles.

Together with two US researchers, Rwanda’s then Minister of Health, Agnes Bingagwago, contested these suggestions. Collectively they asked “Are the 330,000 Rwandan girls who will be vaccinated against a highly prevalent, oncogenic virus for free during the first phase of this programme not regarded as ‘the people’?” and added, “When the possibility of prevention exists, writing off women to die of cancer solely because of where they are born is a violation of human rights”.

The overall success of the vaccination programme will be in Rwanda’s ability to sustain it. The health ministry is currently exploring options, such as including the vaccine in health insurance, in order to keep the scheme running. Whatever the future holds, Rwanda should be proud of this incredible achievement. As a result of these efforts, 93 per cent of Rwandan girls now receive the HPV vaccine.