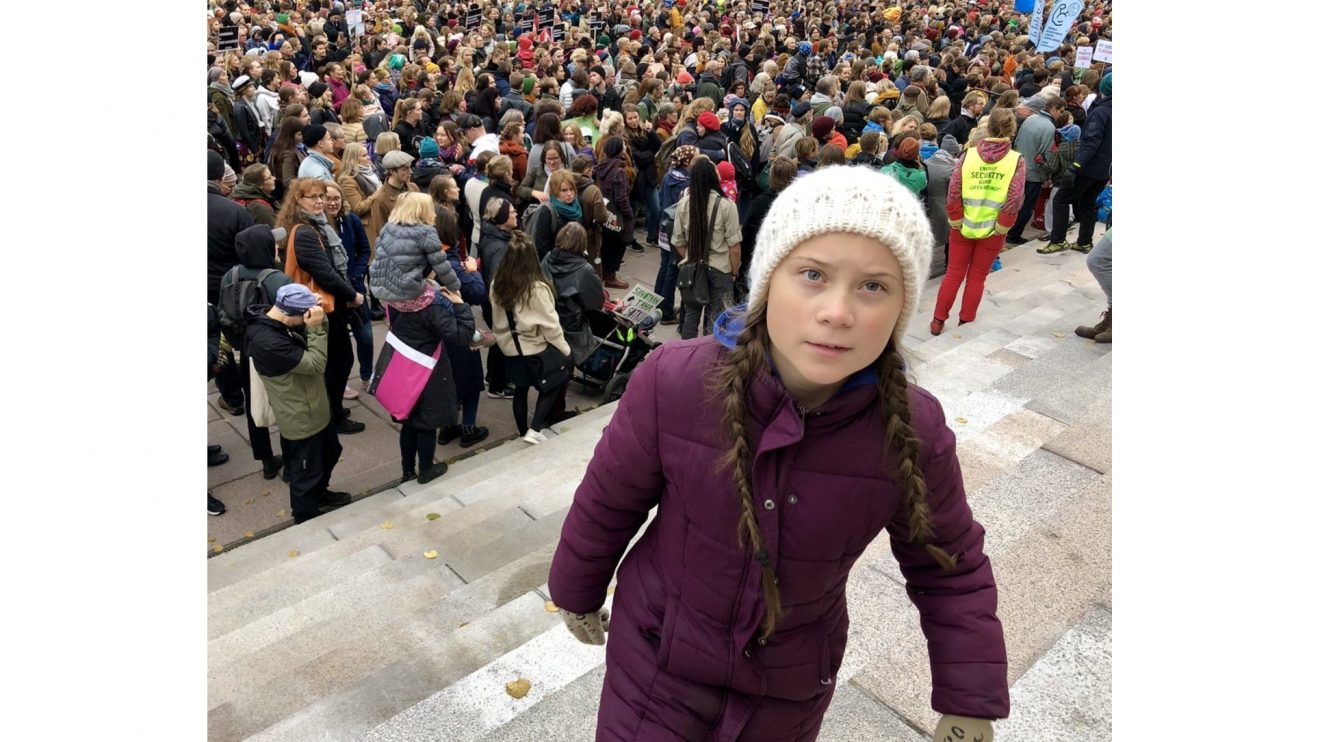 Upon first hearing about a strong-willed, fierce and determined climate change activist, one’s mind may not immediately jump to a diminutive fifteen year old with pigtails. But this assumption would be a mistake. Meet Greta Thunberg, the Swedish schoolgirl determined to push climate change to the top of her government’s agenda.

Thunberg may be young, but she has an approach as no nonsense as her message. She is refusing to go to school, declaring herself ‘on strike’ until things change. The teen has been skipping school in favour of sitting on the steps of the country’s parliament building in Stockholm, to protest what she believes to be a lack of sufficient action on the part of her government and politicians.

Thunberg’s home country of Sweden has a more progressive environmental reputation. So why is Thunberg so angry about what’s going on around her? Things are not happening quick enough. Policies are not being created and the conversation is not being placed as high as she believes it should be. ‘If climate change must stop, then we must stop it’, the activist declared. ‘There are no grey areas when it comes to survival’.

Thunberg’s family is well known in Sweden. Her father is an actor, whilst her mother is a famous and celebrated opera singer. Both Greta and her younger sister are diagnosed as Autistic and ADHD, which Greta sees as a gift to her cause, rather than a challenge.

Perhaps as a result of her mother’s fame, or maybe due to her unusual approach, Thunberg is getting a lot of attention for her protest. Some of which, of course, mainly exists to point out that the young activist should be in school. Much of the coverage on Thunberg points out her age and her impassioned interest in the subject at hand, with the occasional mention of the amount of homework the schoolgirl is still doing in order to keep up with her studies.

So, where did Greta’s fascination with the prevention of climate change come from? The teen developed a particular interest around the age of nine, when she first heard the term. Upon getting an explanation on what climate change was and what it meant for our planet, Thunberg was mystified as to why something she perceived to be so serious was not being discussed more. Even now, Thunberg is shocked that humans are not taking more drastic action to prevent an irreversible change in climate.

As she learned more, Thunberg vowed to stop eating meat, stop buying things she did not need and tried to ensure that she did not throw away anything that could still be used. The teen also stopped travelling on airplanes in 2015, with her mother soon following suit, in turn giving up her international singing career.

Not all of the attention Greta Thunberg has received has been positive, but her protest has inspired others to join her. Including one of Thunberg’s own teachers, Benjamin Wagner, who will be penalized by her school for his involvement in the strike.

Now news of Thunberg’s strike has reached worldwide media, her influence is undeniable. The schoolgirl’s strike has inspired global school walkouts by fellow students who agree with her belief that a complete change in politics is required to prevent further damage. In her article for Medium, Thunberg’s explains her protest is a call to arms for the masses to think about how their actions will impact generations to come.

But until that happens, the teen firebrand will continue to sit in protest against the destruction of a planet she believes deserves better.

3 Reasons Why Sleeping With Strangers Is A Great Idea
Veganuary: For A More Compassionate New Year
Comment