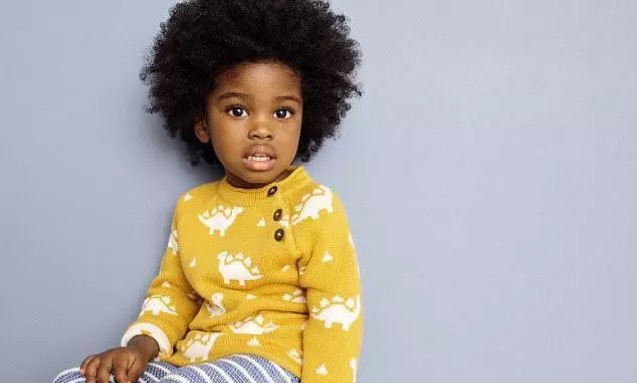 If you were asked to design two ranges of children’s clothing, I bet that what you’d create for boys would be completely different to what you’d imagine for girls. Pink dresses, tutus and flowers may appear in one aisle, with dark colours, dinosaurs and dragons in another. But why is this? John Lewis were asked this question over a year ago, and have recently become the first UK retailer to remove gendered labels from its selection of children’s clothing (aged 0-14 years) in response. They’ve even released a unisex line, with dinosaur dresses and spaceship tops. These decisions have been met with both praise and backlash. To me, praise is the correct response.

A recent Girlguiding poll of 2000 youth found that the majority of females aged 7-21 felt their gender affected what they felt comfortable wearing and how much they participated in school. 95% felt the advertising industry should show more positive representations of girls and women and all that they can be. This mirrors a 2016 viral video featuring 8 year old Daisy Edwards, who couldn’t believe the disparities between girls and boys clothing in Tesco. Whereas the boys’ tops had slogans such as “Hero” and “Think outside the box”, the girls’ said “Beautiful” and “I feel fabulous.” As Daisy explains, ‘’It’s unfair because everyone thinks girls should just be pretty and boys should just be adventurous. I think that’s wrong because why should boys and girls clothes even be separate because we’re just as good as each other.” It’s a good point. Why are children stereotyped by clothing? Why did Asda also stereotype boys as ‘’Future Scientists’’ and girls as appearance-based, ‘’Hey Cutie’’? What is this teaching children? Girls should depend on their looks, whereas boys on their skill-sets?

John Lewis were having none of it. As Caroline Bettis (Head of Childrenswear at John Lewis) stated, “We do not want to reinforce gender stereotypes within our John Lewis collections and instead want to provide greater choice and variety to our customers so that the parent or child can choose what they would like to wear.” As the campaign group Let Clothes Be Clothes said, “It’s fantastic news and we hope other shops and online retailers will now move in the same direction’’. Clarks plan to launch a line of unisex school shoes in Spring/Summer 2018 to promote a ‘’gender neutral ethos’’.  Clarks had previously faced backlash too, so small steps eh?

So why did John Lewis face backlash? Some claimed it could lead to confusion, mental health issues or bullying. Some refuse to let their children wear clothing stereotypically seen for the opposite gender. For example, one parent tweeted, ‘’my child is a boy and will be dressed as a boy…rugby tops, polo shirts, jeans..trainers etc..”. I find these points ironic. In terms of the latter, just because some children may prefer to wear clothing aimed at either gender doesn’t mean that your son has to wear what you may consider feminine clothing. As for the former points, we should be encouraging girls and boys to feel comfortable wearing whatever they want and be happy with who they are. In fact, it’s the disapproval that causes confusion and mental health issues. If unisex clothing was the norm, then bullying would less likely occur.

Toy sections are also facing a gender revolution. For example, Boots, Debenhams and Hobbycraft have removed gendered aisles and toy signs from their stores, ensuring boys can access crafts and girls can access scientific toys (again both due to backlash). This is good news, as Dr. Elizabeth Sweet claims, ‘’Studies have found that gendered toys do shape children’s play preferences and styles. Because gendered toys limit the range of skills and attributes that both boys and girls can explore through play, they may prevent children from developing their full range of interests, preferences, and talents.” Toys can even affect what jobs children think are suitable for their gender, as the BBC programme, ‘No More Boys are Girls’ showed and challenged. All the children featured were delighted to see and interact with a female mechanic and a male make-up artist, even though many were initially surprised.

The good this can do:

1)   It teaches children that they don’t have to conform to stereotypes and can be equal across the board. As Maureen Shaw states, ‘’when we offer kids equal choices from an early age, it logically follows that they will continue to expect and demand equality in their personal, social and professional lives.’’

3)   It will make children more accepting of previously defined differences between males and females.

What’s the future of gender neutrality?

Greater understanding and acceptance I hope. Sweden have already set up gender-neutral kindergartens, where dolls and cars are kept in the same toy box, posters show robots wearing tutus and a skeleton does the dishes, rather than a female. Children are encouraged to experience various activities and express themselves through their individual personalities. They’re even using gender-neutral pronouns, instead of ‘he’ and ‘she’. A study conducted at one of these preschools found that, compared with children at other preschools, they scored lower on a gender stereotyping measure, and were more likely to play with unfamiliar children of the opposite gender. It’d be interesting to see cross-cultural results if the opportunity arose.

Keep It To Yourself!
“I’m Telling Your Social Worker”
Comment