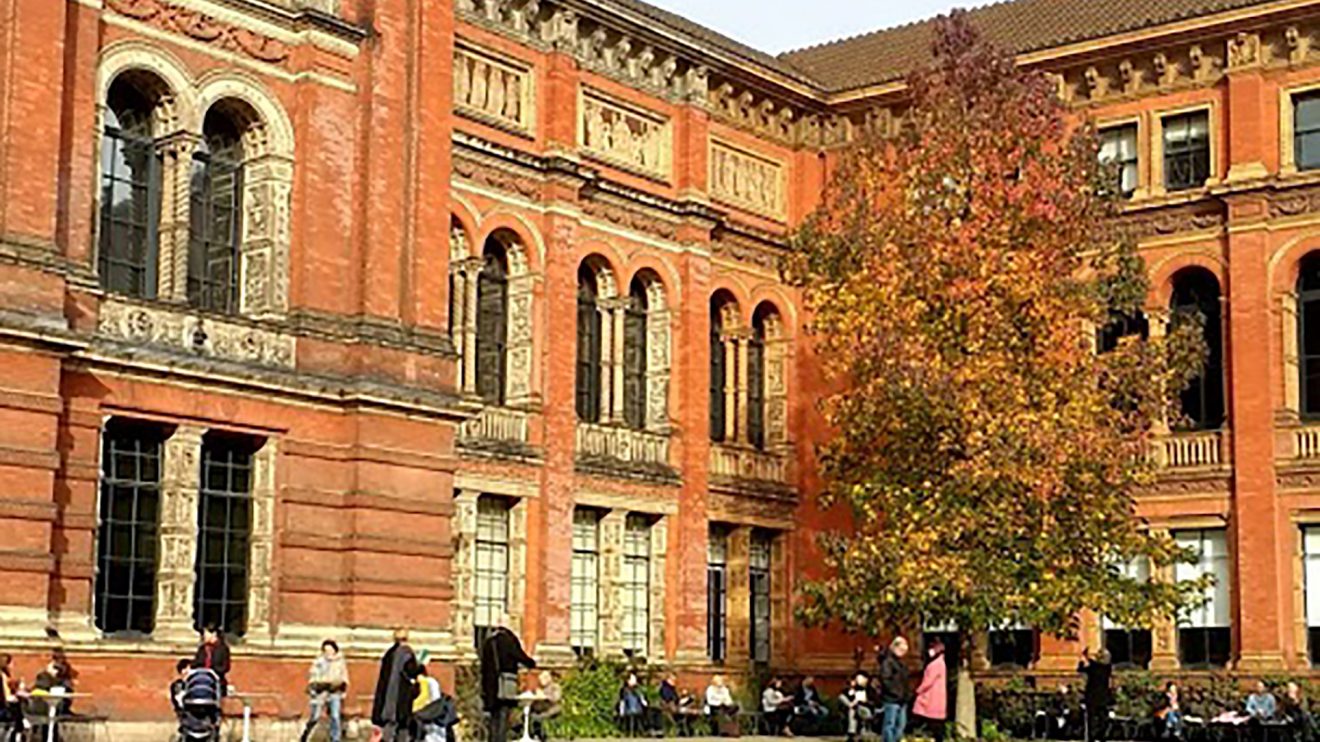 The V&A, with over 4.5 million objects under its roof, is the world’s largest museum of decorative arts. Founded in 1852 as Museum of Manufactures, it was later renamed the Victoria and Albert Museum with the Queen laying the foundation stone in 1899.

The objects within span thousands of years and millions of miles. The building itself is art — the design and materials demonstrating a commitment to design in architecture. Walk through the front doors, the visitor is greeted by a vaulted foyer, leaflets and maps, and a series of staircases with signs pointing to treasures waiting to be discovered. Room after room, floor after floor, paintings and sculptures and vases and jewellery and etchings and old iron gates give voice to other voices, other times, other places.

Beyond the exhibition space is the John Madejski garden. This quadrangle courtyard hosts a pond and overflow seating for the cafe. Clusters of people occupy the space, taking pictures, drinking tea, and perhaps processing all they have seen.

The existence of the V&A is very much indebted to the Great Exhibition of 1851, planned by Prince Albert who wished to display advancements in industry on a global scale. Exhibits from other countries such as America, France, and Russia were arranged in that Crystal Palace, but the exhibition was predominately of ‘the home country and the Empire’. Certainly, the danger of a museum or archive of any kind, as Derrida reminds us, is that it reflects the ideology of the powerful (Archive Fever). Certainly, the V&A, with its foundations build in an era of colonial occupation, risk perpetuating the British Empire.

Yet the V&A seems to actively resist the potential praise of imperialism through four ‘communities’: the Adult Communities Project, the Refugee programme, the Black African Heritage Programme, and the LGBTQ Working group. These organized groups work to meet the needs of local, diverse communities — running workshops and discussing identities and history within the context of the museum’s collections.

The museum’s stated mission is to educate and inspire its visitors. Hosting events such as public talks; workshops for primary schools, secondary schools and colleges; as well as resources for teachers certainly demonstrates a commitment to education. This compelling institution located in South Kensington is certainly an inspiring place and one of the cultural hubs of London.