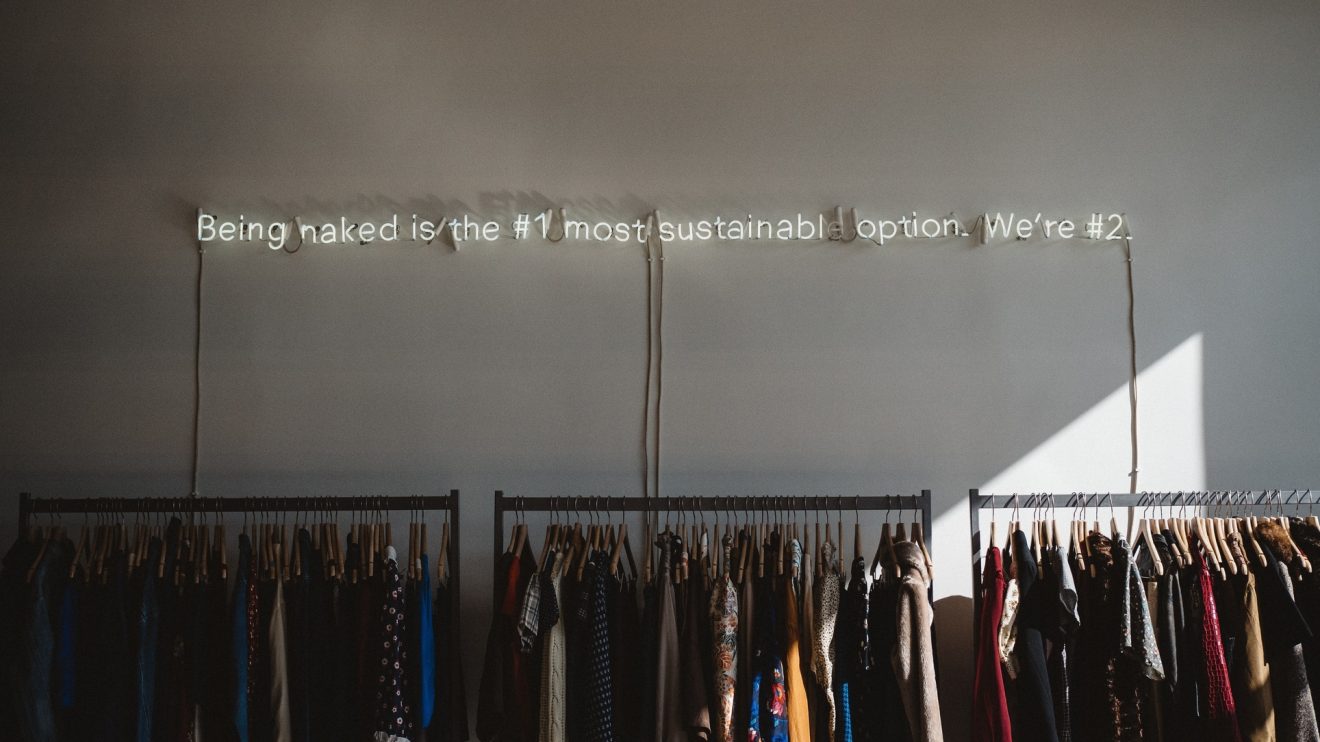 The way we consume fashion has completely changed in recent years. We no longer shop seasonally, instead, we have entered an era of ‘fast fashion’ where if we see it and want it, we get it.

Consumer habits are just one part of the process, however. The fashion industry has also undergone major changes in order to keep up with demand and competition.

This supply and demand circle has led to lower price tags and new items of clothing coming in much more frequently than every season.

Though the money you hand over for clothes may be low, the true value of a garment comes at a much more destructive price. From pollution to breaches in human rights, it’s time we looked at the real price of the fashion industry.

Globally, we consume around 80 billion pieces of new clothing every year. In the UK, we spend over £27 billion annually on clothes, and in 2015 the fashion industry contributed £28.1 billion to national GDP.

Though the industry does contribute to the economy, it also takes away in many forms. A report from the Ellen MacArthur Foundation found that the cost of landfill clothing and household textiles to the UK economy is around £82 million. This same report also found that if the fashion industry continues as it is, it could use more than a quarter of the world’s annual carbon budget by 2050. Currently, it accounts for 10% of global carbon emissions.

Though it’s important to look at the fashion industry’s carbon emissions, it’s also vital we look at how it pollutes in many other ways. Producing clothes requires land, water and often, extraction of fossil fuels. In terms of water consumption, the fashion industry is the second largest consumer and it generates more greenhouse gas emissions than all international flights and maritime shipping combined.

Textile dyeing is also the second largest polluter of clean water. In most countries where these garments are produced, the untreated toxic water is dumped directly into the nearby rivers and seas. As we share one blue planet, it doesn’t matter where the origin of this toxic waste is, it still affects us all.

Not all fashion is created equally and some textiles pollute much more than others. Cotton production is one example. More than 90% of cotton is now genetically modified which uses vast amounts of water and chemicals. It is responsible for 18% of worldwide pesticide use and 25% of total insecticide use. Not only are these pollutants extremely harmful to the environment, but we also don’t know the real impact they are having on our skin when we wear these clothes. Pesticide use is also linked to ‘superweeds’ which are resistant to standard pesticides. Therefore, more toxic formulas are used which are harmful to humans, livestock and the environment.

Leather is another problematic material. It is a byproduct of the livestock industry which comes with all the same polluting factors including deforestation and ocean dead zones. What’s more, the leather tanning process is one of the most toxic in the whole industry.

Polyester is the most popular item used for clothes and when this material is washed, it releases plastic microfibres into the drainage system. The fibres are so small that they easily pass through treatment facilities and it’s estimated that half a million tonnes of microfibres enter the ocean each year. They never biodegrade and are consequently eaten by small creatures such as plankton. When bigger species eat the plankton, the toxic plastic makes its way up the food chain.

Other materials also contribute to the problem. Cashmere goats and sheep raised for their wool degrade the soil hugely with their overgrazing of pastures. Wood-based fabrics like rayon, viscose and modal are also a big cause of deforestation.

Garment workers are some of the lowest paid employees in the world. What’s more, as many are from overseas, the workers do not share the same human rights as we are used to in the West.

In order for companies to keep their profits high but costs low, factories will compete to pay the lowest prices. Through this process, the factories will slash wages and cut huge corners on health and safety.

Workers involved in the textile dyeing or tanning process are exposed to toxic chemicals daily. This leads to a number of health problems, from skin manifestations to cancer.

What can you do

The problem of fast fashion comes down to the consumer and supplier. There are many steps that retailers and designers should take but we shouldn’t underestimate the power of supply and demand. By shopping smarter and more thoughtfully, we can create a demand for sustainable brands.

Recycled clothing is one of the best options for tackling this problem because it not only helps with the growing issue of waste management, it also reduces the pressure on virgin resources.

Shop at charity shops, thrift stores and vintage outlets for pre-owned clothes. What’s more, especially at vintage stores, you will find the quality of the garments is much higher. Fast-fashion clothes are designed to fall apart so that the consumer returns to the store and buys more.

Also look for sustainable brands. Fast fashion is coming to light and there has been a strong emphasis on sustainability in the industry in recent years. For example, some retailers are making clothes from recycled materials such as ocean plastic, car tyres and even food waste products.

Organic materials are better in terms of toxicity but textiles like cotton require a lot of resources to make, most particularly water. Fibres such as linen involve less water use in its production, however, recycled fibres are always the best choice.

Try and use your clothes for longer. If there is a small hole, repair it instead of throwing it away or get creative and turn it into something else.

It’s also worth investing in a product such as a laundry egg to go in your washing machine. These handy devices will collect fibres and stop them from entering the drainage system.

When we see devastating disasters like the Savar garment factory collapse or the drying up of the Aral Sea, it is too easy to point the finger at retailers. Though the problems of the fashion industry are large scale, we must recognise the significance of our choices, and when we choose to put our money into an industry, it is a form of support. It can take time to switch from the convenient choices we are used to but it’s also empowering to know that by a simple change in habit, we can be the ones to stop the destructive impacts before it is too late.