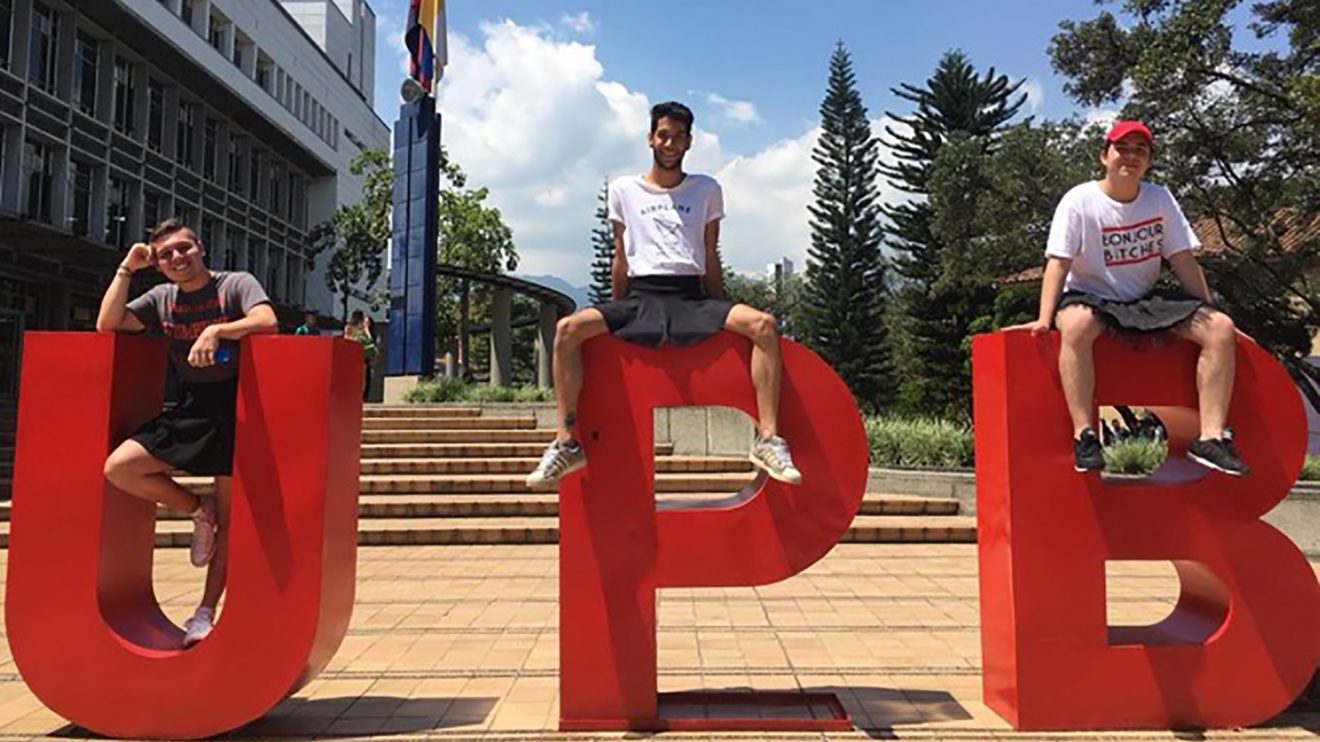 Like a lot of people, I went to a high school with a strict uniform policy, especially for girls. Long sleeve blouses, dark blue jumpers and skirts that fell below the knee were accompanied by thick black tights and suitable shoes, as well as a blazer. If your skirt was too short, or you left your blazer at home by mistake, detention was inevitable, and if you reoffended, potential suspension. All because of something as superficial as clothing. This all seemed, and still does seem to me, to be ridiculous. I was quite relieved to find that when I went to university the clothing rules were pretty lax – I was jeans-ing it. So when I heard about UPB (Pontifical Bolivarian University) and how they had instructed women not to wear mini-skirts, I was quite surprised.

UPB gave the same excuses us girls always heard in high school – miniskirts would ‘distract classmates and teachers’. There was actually a post on the university’s website, telling people how to dress. ‘’Dress discreetly, it stated. “There is nothing more uncomfortable than distracting your classmates or teachers. For this reason, we suggest you don’t wear low necklines, short skirts or tight-fitting clothes.” Men, however, were still allowed to wear shorts.

The reaction to this post was amazing. The Twitter campaign #UPBEnFalda (meaning UPB in miniskirts) spread throughout the university, with students sharing images of themselves in skirts around the campus. It wasn’t just about the inappropriateness of UPB’s advice, it was how sexist they were being.

For example, student Helena Múnera tweeted: “Those who think that we are fighting for our right to wear short skirts or low necklines are very wrong. What we are asking for is an end to messages that encourage disrespect of women.”

Recently, a video had circulated online featuring a male student harassing a girl by raising her skirt until she falls to the ground. It’s thought that’s the premise for the post. However, as city councillor Daniela Maturana tweeted, ‘’If a woman is wearing a skirt or shorts or whatever she wants to wear, it is NOT a green light for catcalls or harassment.” I couldn’t agree more.

Surely a beneficial post would have detailed how the university will not stand for abuse and given advice concerning how such people should get help.

Because both males and females wore mini-skirts the Twitter campaign shows that students will not stand for scapegoating. If you get distracted – don’t look in the first place. If you truly believe that wearing a mini-skirt leads to, or justifies abuse, then honestly, I think you need to look at yourself. You are taking the attacker’s side. If someone attacked a man because he was wearing shorts, do you think that would hold up in court?