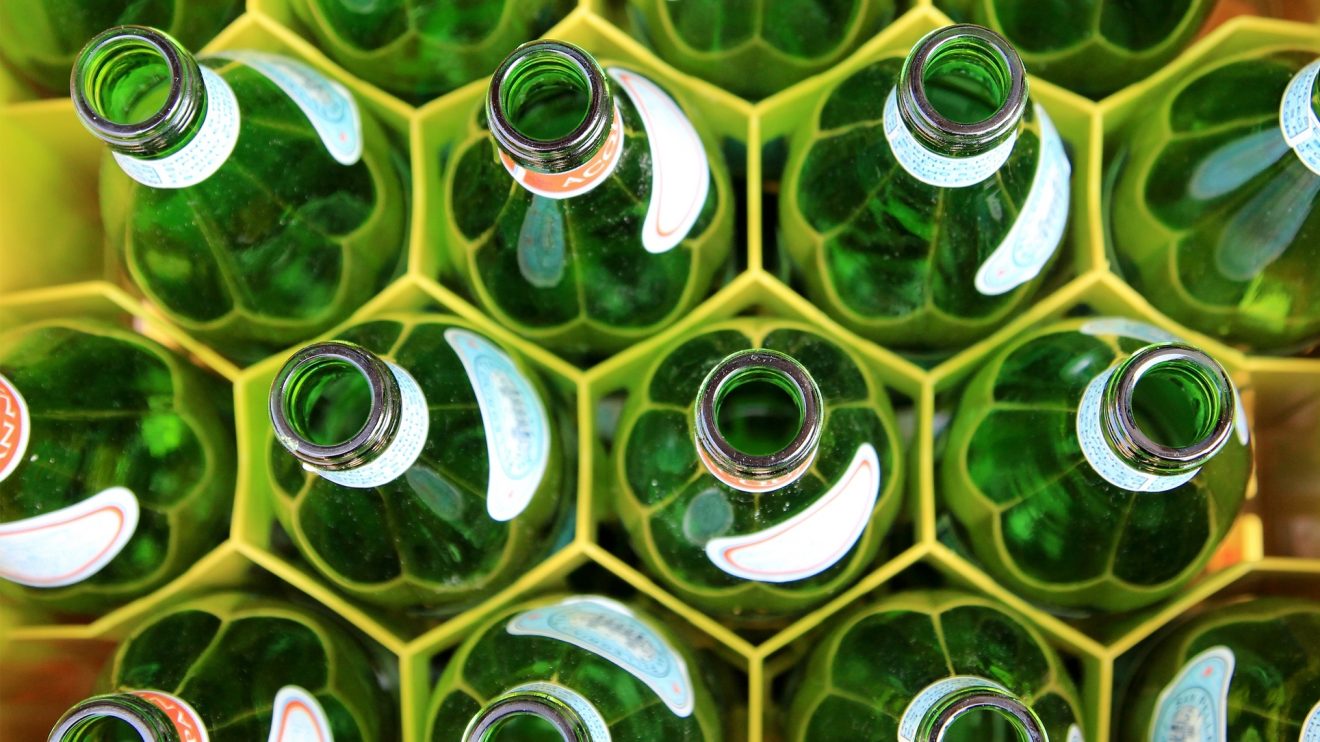 Towards the end of last year, Collins Dictionary announced that its 2018 word of the year was “single-use”, a statement which emphasises the growing public discourse on plastic consumption. Reducing individual and company use of plastic is one way to cut its use, but what can be done about the plastic already in existence, and how can we make recycling easier and more efficient?

Unsurprisingly Norway is already held as a pinnacle of plastic recycling excellence. In 1972 the panteordning was introduced, an extra tax on bottles and tins which is repaid when the items are returned to a self-service device. Located at most supermarkets, the machines are emptied by the bottle suppliers, who re-use the bottles. Norwegians purchase drinks with the belief that while they buy the product they are only borrowing the packaging.

Over 95% of plastic bottles in Norway are recycled in this way; meaning that some individual items re-enter the supply chain many times before they are broken down and made into a new product. This high rate is encouraged by an environmental tax which is only applied to beverage producers when the recycling rate drops below 95%. This has never happened, but its existence ensures that producers have a vested interest in making recycling accessible and easy.

Reminders to use the machines, and of the benefits of recycling, are shown on Norwegian television. When it was discovered that schoolchildren often threw bottles away self- service machines were installed at schools to encourage recycling. A cycle of both reminding people why they should recycle and providing them with the means to do so ensures that recycling has become the norm.

The long history of recycling plastic bottles in Norway- and the ease with which it can be done- undoubtedly contributes to high rates of recycling. Norwegian society is also built on a foundation of egalitarian values and has a strong interest in environmental issues. Where people look out for each other and for the natural world recycling resources is an obvious choice. The country’s constitution even has a clause asserting the right of future generations to a healthy environment. With this in mind it makes sense that fewer than 1% of discarded plastic bottles end up in the natural environment, and when they do Norwegians can be found collecting them and returning them to the supermarket to collect their reimbursement.

Political pressures also drive Norway’s commitment to recycling. A landfill waste tax was introduced in 1999 and taxes were applied to landfill sites which did not meet high standards- those not able to meet them were later closed. A ban on sending biodegradable waste with organic carbon percentages higher than 10% or organic matter above 20% further reduces this type of disposal. The government has set a target of 50% total recycling by 2020.

Norway’s low rate of landfilling- 6% in 2010- is not wholly due to recycling. The country burns waste to produce energy, a process which is so common and efficient that it has at times imported rubbish from the UK to feed its incinerators. While incineration has its own problems and some worry that its existence discourages recycling, it is less damaging than burning fossil fuels and does mean that waste finds a useful purpose.

So how can other countries learn from Norway? The UK recycles around 50% of plastic bottles, meaning that there is a huge scope for improvement. While a recycling tradition takes time to build, Norway shows that it is possible where recycling facilities are easy to access and efficient. Offering a financial incentive would obviously help, and unclaimed taxes could possibly be used for further environmental work. Involving the whole supply chain is key because large corporations are often motivated to change when they are threatened with financial penalties. Monitoring the situation and understanding consumer habits are also key to knowing where to locate recycling machines and understanding how to educate consumers on their use.

Scandinavia’s record on sustainability and community may seem difficult to emulate, but there is no reason why other countries cannot learn from their history and start changing their approach to recycling.

How Sustainable Is Our Global Obsession With Avocado?
5 Ways You Can Help The Environment
Comment