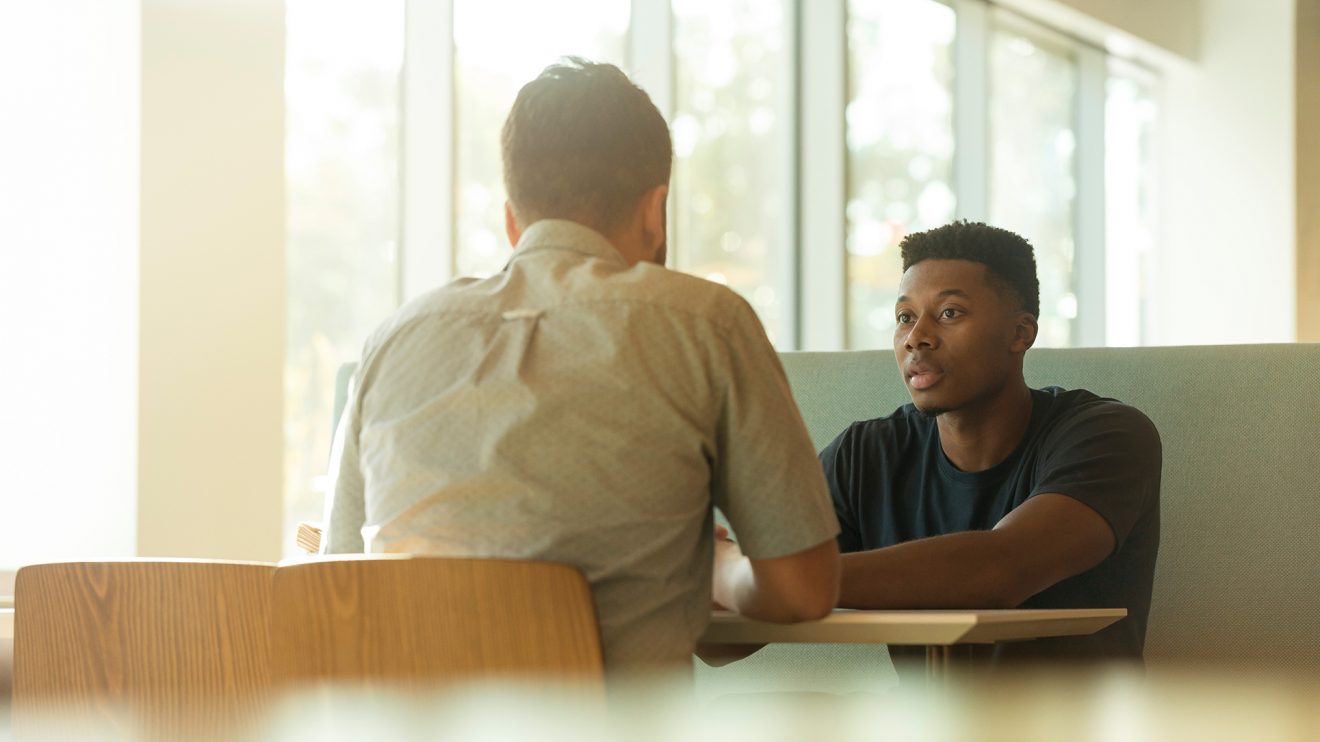 If we want to combat structural racism, white people should not simply claim to be ‘colour blind’, by which I mean, personally indifferent to Britain’s racist history. Seeing race, discussing difference and putting a spotlight on the huge, continued inequality of opportunities afforded BAME compared to whites, is the best way to fight back.

Creative Access provides a platform for young people from BAME backgrounds to get a leg up into employment. They help them enter the media and creative industries where they offer new, fuller perspectives within a sector that severely lacks diversity.

In 2016 The Guardian broke the news that “implicit biases” are “directed at much younger children than previously thought.” According to the Department of Education, a black schoolboy in England is around three times more likely to be permanently excluded compared to the whole school population. In America, the statistic is worse: they are four times more likely. But even before they reach the age of five, the ‘school-to-prison’ pipeline has opened: despite fewer black children being enrolled, black pre-schoolers are more than 3.6 times more likely to receive one or more out-of-school suspensions.

This “implicit bias”, as studied at the Yale Child Study Center, is fostered primarily by teachers. In their experiments, teachers are unaware that the videos of school children they are asked to watch contain no examples of challenging behaviour, yet they are asked to detect it. When questioned afterwards, 42% of teachers (both black and white) identified the black boy as the child who needed the most attention.

In response to these results, Allison Brown, executive director for an anti-racism initiative, Communities for Just Schools Fund, said: “Research demonstrates that black boys are viewed as four or five years older than they are. Racial disparities exist in the most subjective categories – ‘wilful defiance’, ‘insubordination’, or ‘disrespect’, but decrease for objective categories.” She worries that the studies support exactly what the headlines are shouting about: black people are seen as less than human, less deserving of dignity and respect.

And this is only the beginning. Reni Eddo-Lodge, in her book ‘Why I’m No Longer Talking To White People About Race’, continues: “At the age of eleven, when he is preparing for the SATs, research indicates that the black boy will be systematically marked down by his own teachers – a phenomenon that is remedied when examiners who don’t teach at his school mark his exam papers. It will take anonymity to get the grade he deserves.”

Even if the black student succeeds, against the odds, to gain top marks at GCSE and A Level, they are less likely than whites to be accepted into high-ranking, research-intensive Russell Group universities.

This year The Telegraph reported that in 2015 only ten out the University of Oxford’s thirty-two colleges awarded a single place to a black student. Worse still, Oriel College has admitted just one black student in six years. Perhaps the doors are blocked by the white professors, 70% of which in British universities are white and male.

Black students are just not getting the places they deserve, though they continue to persevere in the face of this injustice. There is actually a greater proportion of black students progressing from sixth form to University, so it simply is not the case that black students are less intelligent or motivated.

Yet, between 2012 and 2013, the highest proportion of UK students to receive the lowest-degree ranking – a third or pass- was among black students, with the lowest proportion given to white students.

Finally, in 2018, only two black students at University of Oxford were awarded firsts (8%) whereas 36% of white students gained the top grade. In The Telegraph, embarrassingly ignorant comments made by a spokesman for the university claimed that while analysis had been conducted, “no single causal factor” had been identified. He listed this supposed analysis as consisting of a number of pilots to investigate why there were differences in exam performance. But it is laughable to consider that one of the top universities in the world thinks that changing the exam format and having more centralised revision classes might combat structural racism. Actually, it’s not laughable, it’s racist.

Structural racism captures the systematic nature of racial discrimination that the word ‘racism’ on its own, ignores. I first encountered the concept in Reni Eddo-Lodge’s book, where she writes: “Structural is often the only [word that captures] what goes unnoticed – the silently raised eyebrows, the implicit biases, snap judgements made on perceptions of competency.”

Indeed, structural racism is what almost every BAME child in Britain has had to contend with at every step of their education; an education that white children will thrive in, and black children will struggle through: “Racism’s legacy does not exist without purpose. It brings with it not just disempowerment for those affected by it, but an empowerment for those that are not.” (Eddo-Lodge)

According to census data, black men have consistently suffered the highest levels of unemployment for twenty years. Further, a shocking 45% of black 16 – 24-year olds were out of work in 2012 compared to 27% in 2002.

Helen Lewis in The New Statesman (actually discussing gender inequality) wrote that: “the best place to solve inequality isn’t at the end. It’s at the beginning. Don’t just ask for 50/50 […]; ask for a creche.”

And whilst the problem seemingly does need to be tackled at the youngest age possible, her argument highlights the currently most common and best-used solution to fight against structural racism: quotas.

However, when quotas have been proposed on a large scale as a strategy to redress the balance in sectors such as politics, sport and theatre, they have rarely been welcomed. In 2015 there was only one black manager in the Premier League. Yet, when the Football Association finally formally introduced a quota into their recruitment strategy (admittedly it only required management to shortlist one BAME person, rather than actually hire any), the Premier League didn’t even entertain it.

The kind of backlash that proposed quotas have previously received has often been rooted in a belief in meritocracy: a race/gender-based quota is perceived as being unfair on whites or men, respectively. But, as Eddo-Lodge argues, “the comfort of white privilege blinds him to the fact that he is part of the majority and that he is already catered for.”

In other words, we can’t shy away from quotas by claiming that it goes against our meritocratic society because the very fact that structural racism is a part of that same system disproves its claim to be one in the first place. Any current majority white leadership in any industry has not got there through hard work alone. Whiteness is a leg-up (Eddo-Lodge): a stark, blatant one.

Creative Access is one attempt to address the systematic imbalance of power and fortune between BAME and white people. They are working towards a future in which Britain’s society is truly reflected in its creative industries.

The UK’s population is 14% BAME yet representation in the creative sector has fallen to just 5.4%. Creative Access provide paid job opportunities and internships to BAME graduates and young people. They hope that these people will go on to lead successful careers in the industry, helping others that are under-privileged and highly ambitious, up onto the same pedestal.

Creative Access helped Grace Akbar find an internship with Jacqui Films, an independent artist, producer and filmmaker, and she described it as “a foot through the door”: “The creative industries can feel incredibly far away if you don’t know someone that works within them. Creative Access were a ‘helping hand’ and really helped to guide me. Without them I would have felt incredibly lost!”

Though 690 Creative Access interns have moved into full time employment in the creative sector, a tide change is not going to happen overnight, and this is just one (arguably, very important) drop in the ocean. Grace agreed: “In terms of diversity in the industry, I think we still have a long way to go. It is very easy to ignore something if it does not directly impact you. This is why it is so crucial that we have different voices in organisations and that they are all heard. Different perspectives breed understanding.”

Of course, the media itself has a vast, far-reaching influence, and by positioning themselves within this industry, Creative Access are trying to open a much bigger door for a lot more people. “The theatre, film and television industries are built to share stories”, Grace reminds us, and the more often BAME stories make it into the spotlight on the screen or stage, the more we will learn to celebrate our differences in all their inspiring diversity and colour.