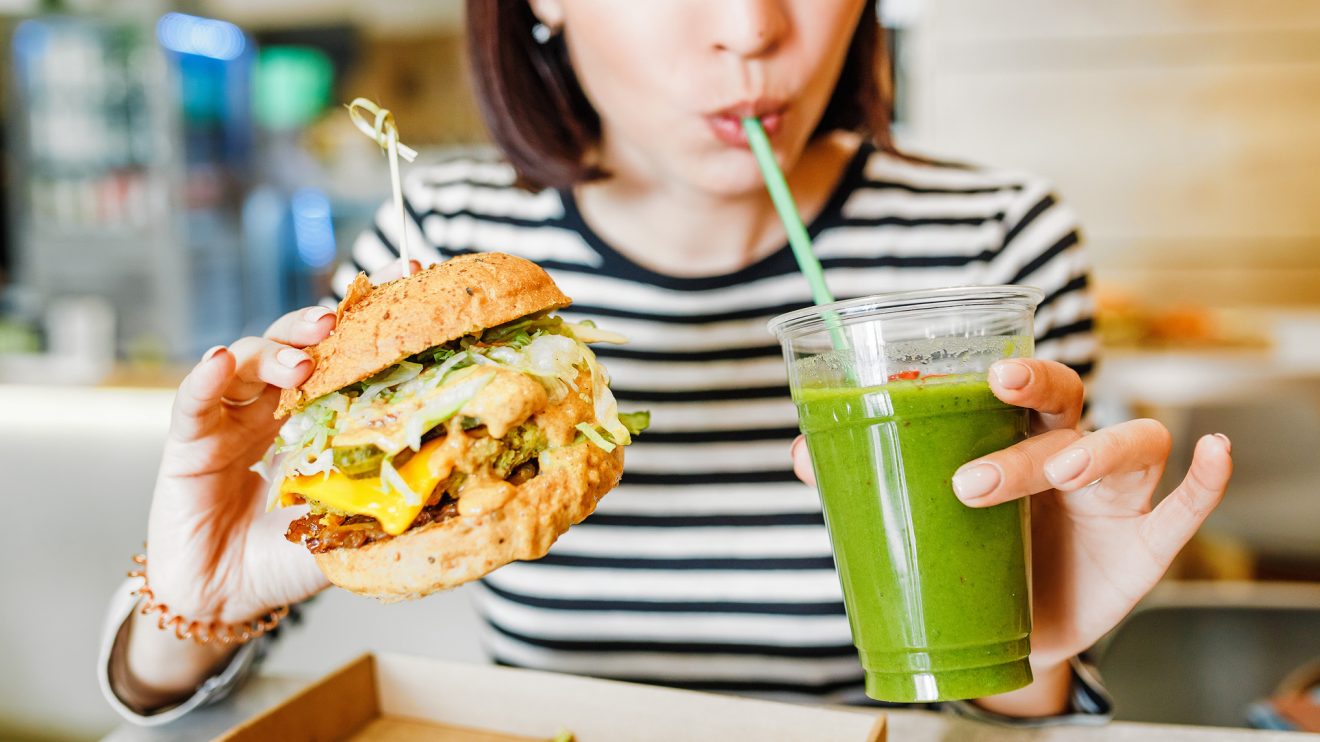 Across Europe and the US, vegan fast food options are on the rise. Major fast food outlets are recognising the increasing popularity of veganism and are capitalising on the demand for plant-based alternatives. Let’s take a look at some of the recent vegan additions to fast food restaurants, as well as explore why these changes are so important.

In McDonald’s restaurants across Germany, you can now order a meatless vegan burger. It’s called the Big Vegan TS and it features Nestlé’s new Garden Gourmet Incredible Burger. The patty is made from soy and wheat, using extracts from beetroot, carrot, and bell pepper to mimic the look of a beef burger. Wayne England, Head of Nestlé’s Food Business, is hopeful about the McDonald’s launch. He said:

“These new burgers don’t compromise on flavour, texture and cooking experience. They underline Nestlé’s increased focus on tasty, authentic plant-based food. We believe this trend is here to stay, as consumers look at different ways to enjoy and balance their protein intake and lower the environmental footprint of their diets.”

Similarly, McDonald’s said in a statement to USA Today:

“Markets decide what’s best for their customers and the launch of the Big Vegan TS in Germany is the latest example of that.”

The Impossible Burger is a revolutionary plant-based burger. Countless people who have tried the burger say it is indistinguishable from actual meat. So, if the plant-based version tastes the same as beef, then it would be easy for people who eat meat to switch to the plant-based alternative. The meat-like taste, texture, smell, and look of the Impossible Burger are created through the use of heme, a molecule that is abundant in animal muscle but which can also be derived from plant sources.

For the longest time, the Impossible Burger was only available at select locations in the US. But now Burger King is planning to start selling the burger nationwide by the end of the year. The fast-food chain initially released the Impossible Burger at outlets in St. Louis, Missouri. This trial run proved to be successful, so Burger King now plans to “extend testing into additional markets in the very near future.”

Fast-food company Subway has launched a vegan sub as part of its permanent menu across outlets in the UK. A new vegan wrap is also available at select stores. The vegan Signature Loaded Wrap includes a vegan patty, lettuce, onions, peppers, tomatoes, and egg-free garlic aioli. A Subway spokesperson told Plant Based News:

“Whether you’re veggie, vegan, flexitarian or just fancy a meat-free munch, customers may in fact be surprised at how much of the menu at Subway is already suitable for vegans.”

Why These Changes Are Important

Multiple studies have shown that adopting a vegan diet is the single biggest way to reduce your environmental impact. And it’s absolutely crucial that we collectively find ways to drastically cut greenhouse gas emissions. After all, a recent report from the UN highlights that climate change is putting 1 million plant and animal species at risk of extinction.

But there are, of course, numerous challenges in making veganism the norm. For many people, the transition seems too challenging, inconvenient, and expensive. The idea of never eating animal products again just isn’t an attractive option. This is why the rise of vegan fast food options is promising. Tasty and affordable plant-based alternatives make veganism more accessible – and this will play a vital role in improving human health and lessening our impact on the environment.

Why Art Has The Power To Change The World
Will Fashion Ever Let Go Of Its Obsession With Youth?
Comment