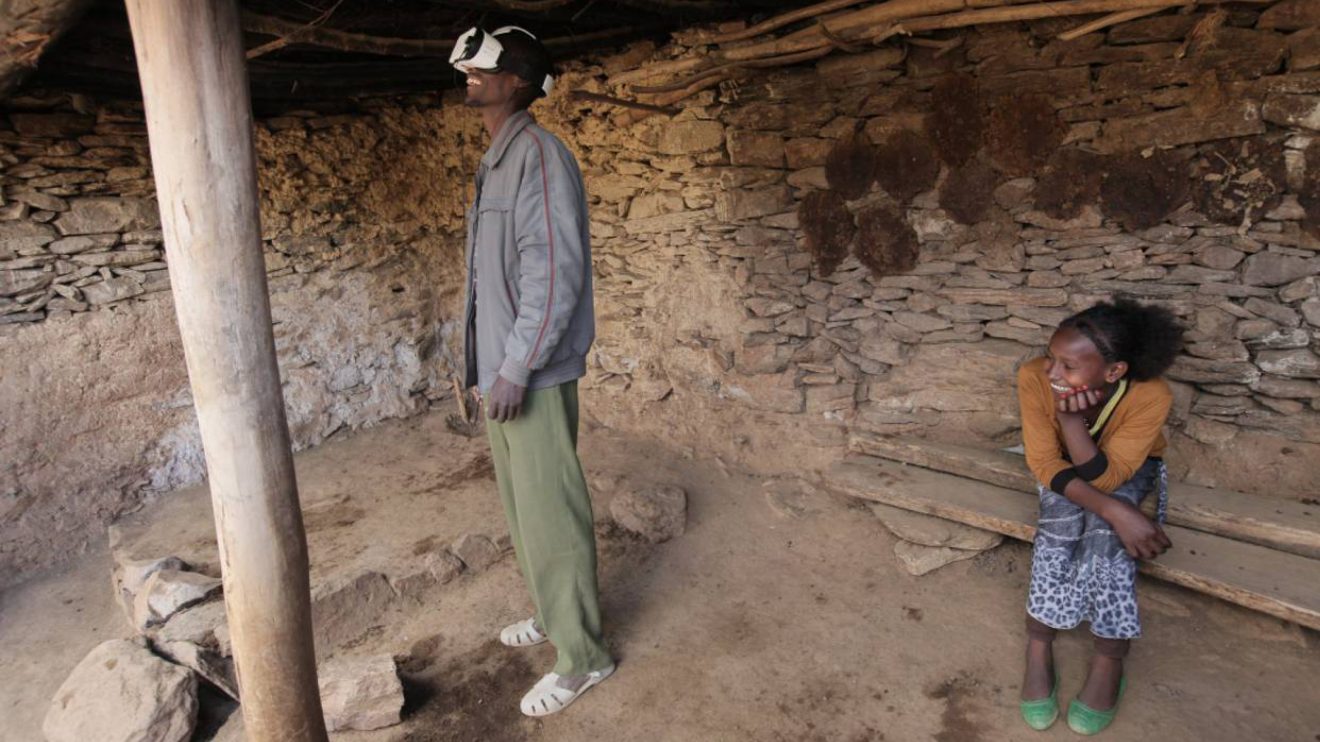 The Unlikely Implications Of Virtual Reality On Charitable Fundraising

We’ve all been there. You’re walking through a bustling high street, perhaps on your way to work, or on your commute home, or during a weekend shopping trip, and you get targeted by one of a dozen charity workers – armed with clipboards, artificially widened smiles and overly-excitable personalities. They attempt to corner you and unload their pitch on whichever charitable cause they represent and accordingly, depending on your own temperament, chances are you’ll either politely decline, walk faster to avoid contact or scowl them away.

What if, however, instead of this typical mundane exchange, they could take you on a journey? What if, for a matter of moments they could transport you to a different world? What if they could physically show you the help you could provide and introduce you to the people who need it? Would that not make for a more worthwhile interaction? That way, even if you chose not to contribute, you could for once, from an otherwise irritable encounter, gain something, learn something, feel something.

Enter the fascinating world of virtual reality. Initially conceptualised for the gaming industry, the technology is making game-changing strides in industries ranging from journalism to filmmaking to travel and tourism. However one of the most unlikely and successful applications of virtual reality technology has been in the humanitarian field, in situations like the one outlined above that we’ve all experienced.

For the uninitiated, virtual reality films are those seen through a headset which plays a 360-degree video and transports you to a new environment as your watching something which allows you to physically look around within the video, similar to YouTube and Facebook’s 360 initiatives.

Regarding VR’s humanitarian implications, many charities have found that by giving their face-to-face fundraisers VR headsets, which allowed them to show a short VR film to those they approached, the chances of receiving a donation almost doubled. Simply put, people were more generous when given a visual experience of the very conditions they were being asked to help change. This has given rise to an entire industry of humanitarian-focused, virtual reality filmmaking with ever-increasing examples of these social-cause driven films and the impact they’re having at raising awareness and funds for important causes.

Examples include Alzheimer’s Research UK’s A Walk through Dementia mobile app, which gives users a sense of what daily life is like for someone suffering from dementia. Similarly, The National Autistic Society’s Too Much Information film highlights the effects of information overload on a person with autism. WWF’s Tiger Experience transports you to a tiger’s forest habitat in Nepal and is aimed at raising awareness and convincing people to adopt a tiger.  Charity: Water’s VR short film The Source, puts viewers in the place of a young Ethiopian girl and documents her journey to collect water each day.

One of the most well-known films in this area is UNICEF’s Clouds Over Sidra from filmmaker Gabo Arora, head of the United Nation’s VR wing. The film sees a 12-year-old girl guiding the viewer through the Zaatari Refugee Camp, home to 130000 Syrian refugees and has been responsible for gathering sizeable donations for the cause.

These films have far more impact than static videos as they allow you to feel, experience and be immersed in a different world for a matter of moments which has subsequently led to an increase in donations. UNICEF ran a pilot study with its face-to-face fundraisers in 40 different countries and found that one in six people viewing the experience made donations to UNICEF – twice the standard rate of giving.

Apart from just immersing you in the problem, this cinematic experience helps in allowing people to see the difference being made as a result of the funds raised. If viewers can empathise with a cause and can connect with those they are helping, they can better understand the root of the problem. The fact is,  in this day and age it’s hard to get people to connect with people and even harder to get them to and in such times, the empathy experience brought on by virtual reality could be a welcome innovation.

The Age of Consequences
Towels That Make a Difference
Comment