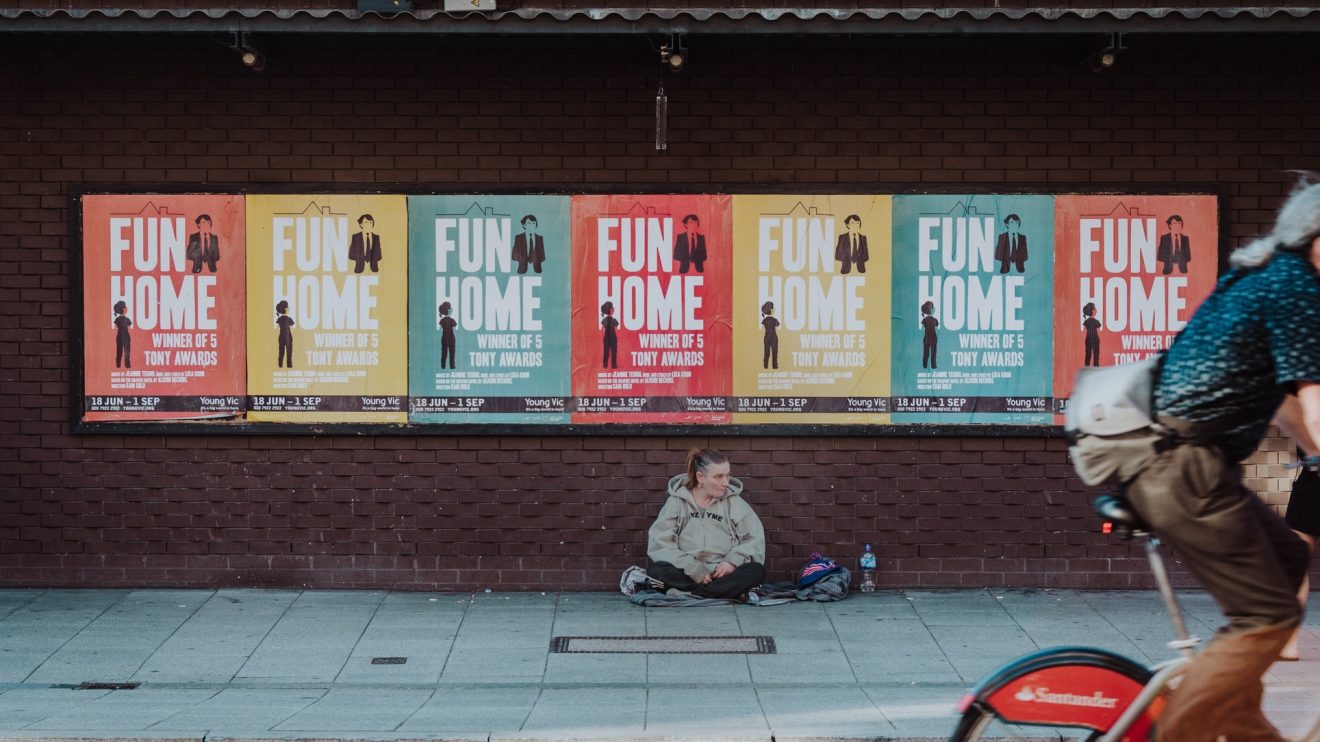 Homelessness is a global issue and one that has afflicted many countries for decades. Despite support groups and shelters, housing benefits and hostels, the numbers of those forced to camp out on the street are not diminishing.

Recently, to widespread acclaim, An Post set out an initiative to provide homeless individuals in Ireland with a fixed postal address at their local post office. While often a neglected factor in the provision of temporary accommodation and something we generally take for granted, without a fixed postal address it is extremely difficult for homeless people to take part in the most basic tenets of society: opening a bank account, applying for jobs, arranging medical appointments or corresponding with school services.

The new scheme will help those in temporary accommodation who need a secure mailing address to receive post and apply for jobs. In a statement, the Irish postal service commented that they were aware of “how difficult it can be for individuals and families to arrange medical appointments, correspond with their children’s schools and make job applications if they don’t have permanent accommodation or a regular address.”

The initiative has deservingly received praise and recognition for its progressive approach to tackling the issue of homelessness in Ireland, where countless government policies have failed to create any real traction. Namely, treating these individuals as valid members of society and taking steps to facilitate their reintegration.

But the point it raises is why this action is so unprecedented – and should it really be?

The An Post service was launched amid reports of rises in the number of homeless in Ireland at the start of 2019. As of January, these trends were similar throughout the UK.

In a study by Crisis, figures calculated by specialist researchers at Heriot-Watt University suggested the number of rough sleepers in Britain had risen by 98% since 2010, while the numbers camping out in tents or on public transport increased by 103%; a cumulative 120%. Similar patterns have appeared across the UK, with Welsh homeless figures increasing by 7%. Only Scotland has seen a reduction of 5%, which some put down to their different approaches to the issue and the more inclusive homelessness laws that were introduced in 2012, including a right to housing for all homeless in need – notably the young, single men historically left out in the cold by English homeless policies.

These numbers do not even account for all of the individuals and families not on the street or in temporary accommodation: those jumping from sofa to sofa or lacking access to a secure home. In fact, contrary to common perceptions, rough sleeping is one of the more minority forms of homelessness in the UK.

So how have policies and perceptions been falling short and what needs to be changed?

Prevailing homeless policies and widespread preconceptions have done little to end the destructive cycle of homelessness. The standardised, short-term measures do not engage with the root causes, and have, so far, not reaped obvious success. It is both the way in which the homeless are viewed by government and society – exemplified recently by the forced eviction of homeless individuals so MPs “can get to work” – and the methods used to tackle their situation, that need to be reevaluated and redirected.

Policies that predominantly focus on rough sleeping fail to understand the bigger picture. While temporary accommodation and hostels provide some immediate relief, they do little to curb the rising tide of those forced to sleep on the street in the first place, or to provide the comprehensive, long-term support that individuals need to truly rejoin society. For those that can make use of the limited temporary housing available, these measures are simply not far-reaching enough.

Commonly held views of homeless individuals only add to the problem, with the same, well-trodden arguments for the plight of homelessness too narrow in their scope. Addiction, mental health problems and a speculative “choice” are continually referred to, at the cost of ignoring the broader, more deep-set issues inherent in homelessness. Other factors, such as domestic violence, insufficient welfare and social support, low-paying jobs and a severe lack of decent, affordable housing keep many families trapped in the destructive cycle.

Arguably, rough sleeping and homelessness are much more closely connected to social and economic shortfalls than to personal issues, addictions or a desire to be there. This means that policies that focus on temporary accommodation and rough sleeping miss the point – in a significant way.

Without a full appraisal of the factors that cause homelessness, it is extremely difficult to make any real impact. Extensive preventative measures and integrated, long-term support – in the form of permanent housing, job training, and assistance in recovering from mental health problems, addictions and abusive relationships – are needed to truly make a difference.

Finland, in contrast, has had remarkable success in combating homelessness. Their “Housing First” scheme has seen homelessness almost eradicated throughout the country. The policy gives rough sleepers secure and permanent accommodation as soon as possible – as opposed to the UK, where a homeless person is only offered shelter once they have sought assistance in a hostel or temporary accommodation.

The Finnish scheme goes further than simply housing the homeless, providing additional support such as help recovering from addictions, on-hand social support and assistance in finding employment and acquiring the skills to do so. These measures are underpinned by an extensive welfare and public housing system and real attempts to understand and solve homelessness.

While some progressive policies have been introduced in the UK with the 2017 Homelessness Reduction Act, these measures are undermined by rising rent prices, funding cuts and an unpredictable job market. And without an appraisal of the wider issues, families are at continued risk of losing their homes.

What so much of the conventional homeless policies and understanding do not seem to recognise, is that without access to the most basic rights and services of a society – namely a permanent house you can call your own – it is almost impossible to break the cycles of addiction, or abuse, that so many of these individuals suffer from.

All governments need to begin following the lead of Finland and Ireland in challenging assumptions and changing short-term policies that have done too little to tackle the issue. What is needed is a look at the bigger picture of homelessness, its causes and effects, and the introduction of policies that will do something real and tangible to combat the problem and help those involved in a long-lasting way.

The homeless need a leg up. And it’s time they were given one.