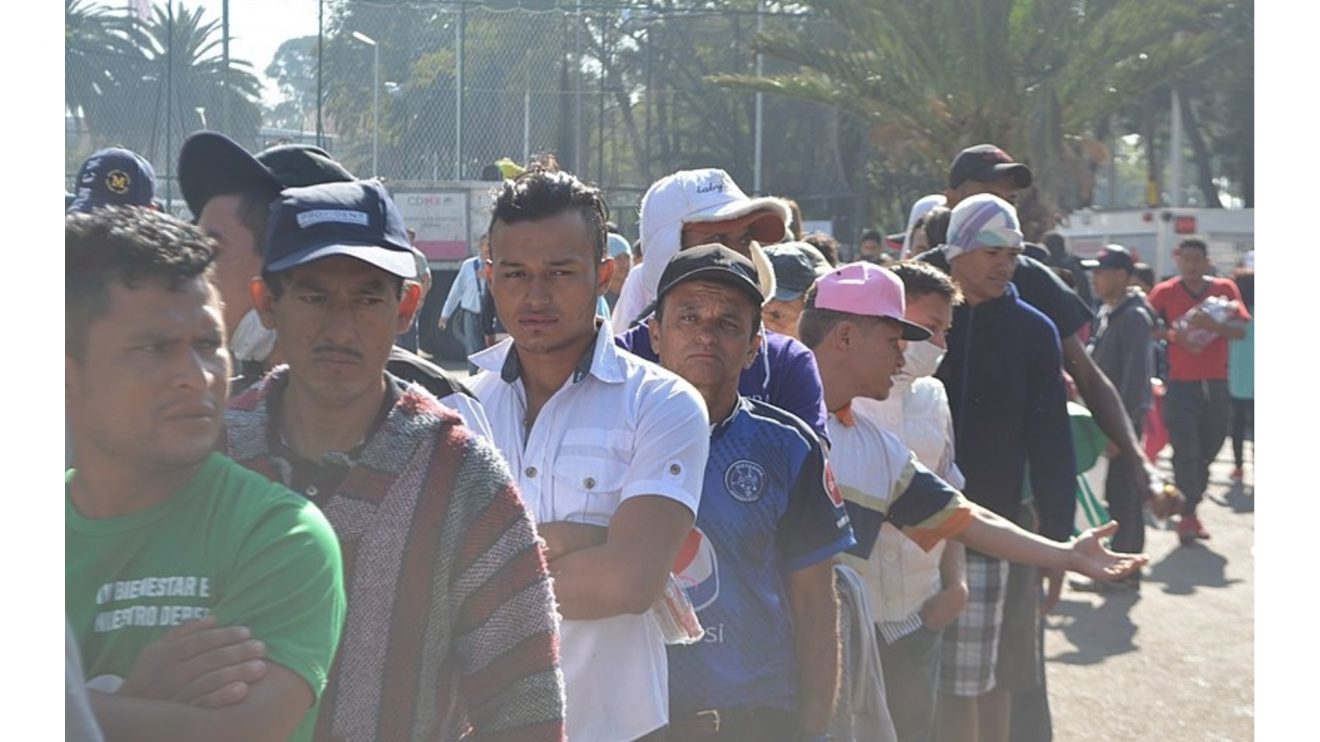 Just over four weeks ago, around 5000 migrants, calling themselves a ‘caravan’ from Honduras and surrounding countries decided to flee the horrendous gang violence and poverty that they face in their home by marching across 15 hundred miles to the US border, determined to be let in. Desperate times result in desperate measures and what’s more despairing than walking from your home to another country in pursuit of a violence free life and a chance of gaining work. The crowd which is now estimated to have grown to 7000 to 10,000 people, consists of Salvadorans, Guatemalans, Nicaraguans and Mexicans who have figured that their best bet is to group together and avoid the dangers of going to the border alone or via pricey smugglers – 5,000 to 10,000 USD to be exact.

With a homicide rate of 43 per 100,000 citizens, according to Human Rights Watch, it isn’t surprising that Hondurans have embarked on a difficult and treacherous journey that sees them spending days walking for miles, and nights sleeping on the hard floors of open shopping plazas.

When the caravan reached Mexico, the Mexican government had offered the migrants refuge. In line with a program called ‘You are home,’ the Central Americans would be eligible for temporary work, schooling and medical care in the southern Mexico states of Chiapas or Oaxaca.

However, to many of the migrants, Mexico just isn’t an option, and it’s not hard to see why. Since the election of, now president, Enrique Peña Nieto in 2012, the country has dealt with horrific violations against basic human rights at the hands of the nation’s security forces. Widespread enforced disappearances are regularly carried out as well as torture and inadequate help for those who have faced domestic and sexual violence.

In response to the migrants’ undeterred determination to reach the border, President Trump has stated that if they haven’t first applied for asylum in Mexico, they will be turned away at the US border. He has threatened to seal off the border, enlist the help of the military and cut aid to the nations of Honduras, Guatemala and El Salvador if the migrants continue. Ironic, as any US aid given to Central America seemingly hasn’t been sufficient enough to stop citizens routinely fleeing to the US border! “Full efforts are being made to stop the onslaught of illegal aliens from crossing our Southern Border. People have to apply for asylum in Mexico first, and if they fail to do that, the U.S. will turn them away. The courts are asking the U.S. to do things that are not doable!” He yawped on Twitter.

A second caravan has now set off to make its way to the border in hopes of being let in, and the first caravan was last reported to be in Arriaga, two days ago. The sheer risk of these journeys highlight the utter desperation some Central Americans live with, determined to fight for a chance of a better life. The goal is for them to be greeted with the basic human right to live.