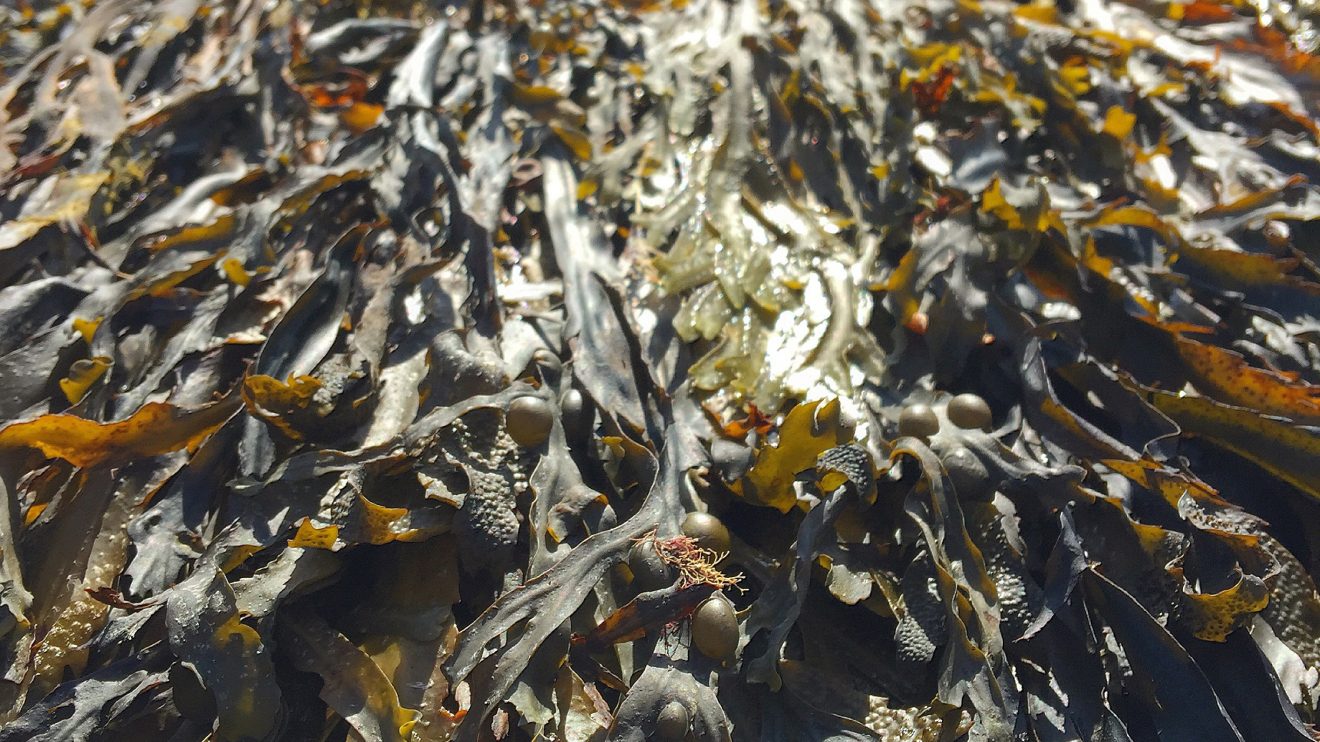 As a species, we really need to start eating better. The global diet is either feast or famine, surplus or surfeit, the lucky ones suffer from excess (obesity, diabetes, heart disease et al.) whilst the rest live hand to mouth and our lack of harmony with the environment that provides our food is beginning to show.

In South America, overgrazing has lead to shameful incursions in the rainforests, in Africa cash crops often take more from the soil than they leave behind and in the Atlantic, overfishing has brought staples like cod to the brink of extinction. Coupled with the fact that agriculture contributes nearly one-quarter of all greenhouse gas emissions and the scale of the problem becomes as intimidating as it is complex. The journey towards a sustainable agronomy that properly serves humanity and the world it occupies will be made up of many faltering baby steps.

One such step is the restorative ocean farming of large brown algae seaweeds or kelp if you prefer. As a crop, kelp is nothing new, it’s been farmed extensively in Asia for centuries where 96% of the world’s production still comes from. Its uses are varied, consumed primarily as food, kelp can also be used in cosmetics, as a commercial thickening agent and has real potential as a biofuel. Nutritionally it is rich in protein, calcium and iron as well as sodium which has lead to some chefs using it in its dried form as an alternative to salt.

Outside of Asia the world has been very slow to the party but developments on both sides of the Atlantic are encouraging. On the east coast of America and in western Europe cold coastal waters are ideal for kelp cultivation and farms are springing up with sustainability in mind.

Moving away from the more industrial model of Asia, a vanguard of progressive kelp cultivators have adopted what they are calling ‘3D’ farming techniques. Traditionally seaweed is grown and harvested on the top level of the water column ie. the surface, whereas new growers are increasingly favouring the use of the entire water column, from seabed to surface. This technique encourages biodiversity by providing a habitat for myriad marine life as well as improving the condition of the water in general. 30-40% of the world’s CO2 emissions are absorbed by bodies of water, CO2 increases ocean acidity (as well as contributing to global warming), kelp absorbs CO2, ameliorating acidity (and global warming) thus making conditions more conducive to life below and above the waves.

As with any interference with the natural world, ocean farming isn’t without risk and the potential to upset the natural balance of marine ecosystems shouldn’t be discounted but the pressing issue is whether we can afford to continue as we are or not. To reap the theoretical benefits of 3D kelp farming its scale needs to be increased dramatically. This not only requires some serious investment in submarine cultivation but also requires a market, a big one. The western world needs to be convinced that they can and should be eating it, to some this may seem a tall order. However, as intransigent as the average consumer can sometimes appear they shouldn’t be underestimated. One only has to look to the inexorable rise of superfood, the likes of kale and quinoa were scarcely heard of ten years ago and are now bywords for progressive, healthy lifestyles. Kelp brings more than mere nutrition to the table, it brings with it new ideas about the way we relate to the oceans that surround us and how a reciprocal approach to farming can’t be avoided for much longer. If kale was the starter then let’s have kelp for the main course.

The Race for the Social Robot
Fairphone or Fairy Tale?
Comment