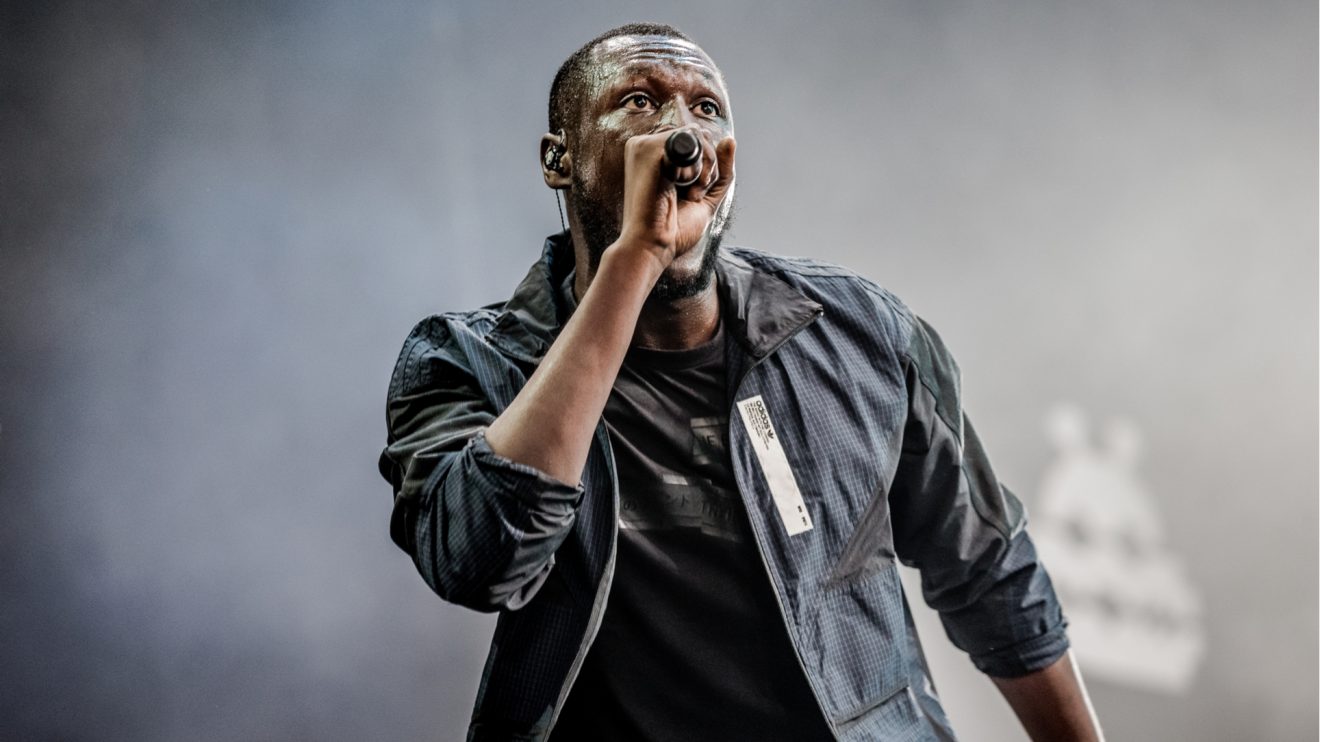 “Theresa May, where’s the money for Grenfell?” Stormzy demanded during his trailblazing freestyle at the Brit awards last year. Following the politically-charged performance, he appeared on a charity single, called on his followers to sign a petition and starred in the recent Grenfell United campaign video. The Mercury Prize winner also used his Glastonbury set to take the government to task over their response to the tragedy that claimed 71 lives in June 2017. Stormzy’s solidarity with the survivors of Grenfell Tower was just the first in a series of socially aware projects from the grime artist.

Stormzy is enjoying major success in the commercial music world. He’s scored the first UK number one grime album with Gangs Signs & Prayer and the first headline spot at this year’s Glastonbury. Alongside his musical triumphs, he’s leading a new breed of urban artists who are using their wealth, platform and influence for positive social change. According to his autobiography, Stormzy believes his position in the media spotlight comes with a responsibility to speak on behalf of those affected by the Grenfell Tower blaze. Unlike the problematic social efforts of Bob Geldof and the Band Aid generation, Stormzy’s philanthropic agenda seems to stem from an earnest desire to inspire change and honour his humble beginnings.

The artist, also known as Michael Omari, has put his money where his mouth is with several passion projects launched in 2018. With his #Merky publishing imprint and Cambridge scholarship for black students, Stormzy demonstrates an acute awareness of the struggles facing working-class and BAME youth. Following his coming-of-age in Thornton Heath, “a place where success doesn’t happen” in the rapper’s own words, Stormzy has fought for a seat at the table in national conversation and shoulders a responsibility to encourage the same success in others.

In collaboration with Penguin Random House, Stormzy launched his new imprint #Merky last year. The artist’s own book Rise Up, an autobiography charting the growth of his global brand, is the launch title, leading the way for a new generation of voices. The collaboration between Stormzy and the major publishing house promises to provide a much-needed platform for those from inner-city backgrounds who have previously lacked both support and opportunity to speak out. It will open doors for talented young writers with a paid internship scheduled for 2019 and competitions to nurture this new generation in a school setting.

Taking Up Space is the first acquisition for the imprint following Rise Up — a topical discussion about access, discrimination and inclusivity in higher education. Authors Chelsea Kwakye & Ore Ogunbiyi discuss the university experience for young black women in a “manifesto for real and lasting change.” It’s clear that Stormzy has confidence in the talent of today and the imprint is a step in the right direction for the traditionally inaccessible publishing industry.

#Merky’s first statement on the literary world leads seamlessly into Stormzy’s next venture — a unique scholarship to the University of Cambridge. Aimed exclusively at black students, Stormzy will personally fund the tuition fees and maintenance loan of two candidates each year. Despite accusations of ‘fighting racism with racism,’ the scholarship addresses a deeply-ingrained imbalance in the higher education system. The move is both timely and necessary. A 2018 report revealed some Cambridge colleges didn’t admit a single black student between 2012 and 2016. By removing the financial barrier that prevents many gifted young people from excelling academically, Stormzy is levelling the playing field for underrepresented students. The University of Cambridge has also recognised that they need to work harder in terms of accessibility.

Stormzy might be 2018’s most powerful example but he is part of a wider movement of urban artists using their platform for positive social change. Take Akala, for example, an outspoken cultural commentator whose music, poetry and politics are inseparable. His latest novel, Natives: Race And Class In The Ruins Of Empire, is part memoir, part polemic and argues that the artist has a responsibility to critique and apply pressure to politicians.

Loyle Carner triumphed with his debut release Yesterday’s Gone in 2017. After rapping about the ‘hell’ of adolescence with ADHD, the South London musician launched his own social enterprise — a cookery school exclusively for young people with the condition. The aptly named  ‘Chili Con Carner’ classes are a free initiative in partnership with GOMA, borne from Carner’s own experience of finding solace in cooking as a means to channel his overwhelming energy. He also actively campaigns with men’s mental health charity CALM (the Campaign Against Living Miserably). Like Stormzy, Carner — real name Ben Coyle-Larner — now has the means to support others going through the same experiences that affected his own childhood.

Despite being at the forefront of contemporary British culture, grime is often considered a genre of the working-class. It symbolises the struggle for marginalised voices to reach an audience. Successful urban artists who have navigated difficult circumstances arguably have a responsibility to be positive role models in their community. Stormzy’s particular brand of social activism goes hand-in-hand with the current Labour government and the rise of politically-engaged youth. After a huge youth voter turnout in the last general election, artists like Stormzy continue to reassure young people that they have a voice and the world is listening. He’s not a politician or a policy-maker. He’s a creative who voluntarily chooses to support people from all walks of life. Through his various social enterprises, Stormzy’s message is clear — young people can achieve great things and he will do everything in his power to galvanize them.