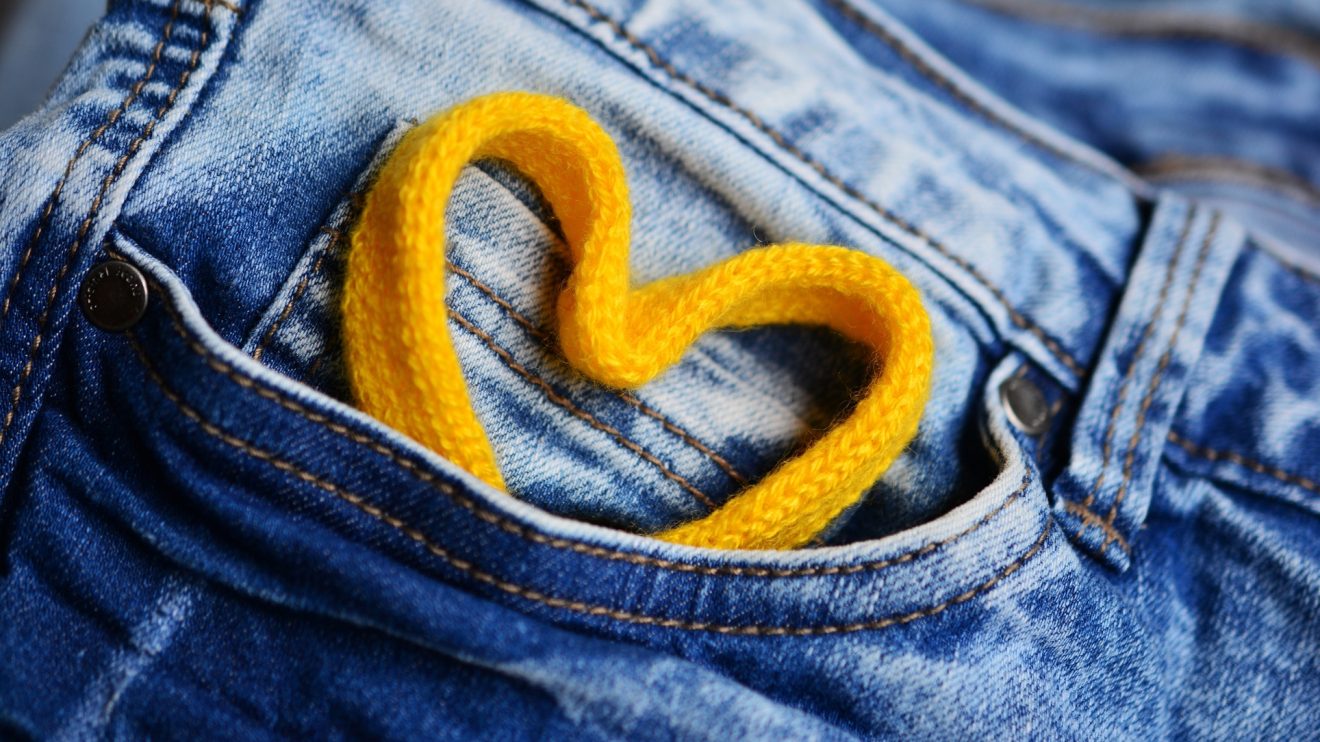 I like to think the utility trend is fashion’s way of apologising to women. After years of selling us cold shoulder tops, jeans with rips in inexplicable places, and dresses no bra can brave, designers have heralded SS19 with a welcome focus on ‘practical fashion’. Think belt bags, cargo pants and – the antidote to those infuriating faux pockets that dash hopes on the daily – jackets, jumpsuits, shirts and skirts that have pockets you can actually put things in.

In a world where humans have walked on the moon, the fact I’m so excited by the prospect of functional pockets is a sorry state of affairs. The lack of pockets in women’s clothing has been much discussed (with much disgust) for over one hundred years – but the issue has recently gained momentum on social media thanks to the discovery that large smartphones, such as the iPhone X, don’t usually fit in women’s jeans pockets. In fact, a study by The Pudding in August 2018 found that the pockets in women’s jeans are, on average, 48% shorter and 6.5% narrower than those in men’s jeans. Why?

In 1954, Christian Dior famously said that “men have pockets to put things in, women for decoration.” This idea is obviously sexist in itself, implying that men’s clothing has been designed to please the wearer (ie. men) and women’s clothing to please the observer (ie. probably also men). But it’s only part of the problem. And yes, it is a problem. Pockets don’t just carry your keys; they also carry surprising political significance. After all, the phrase ‘to have someone in your pocket’ means to control them – our very language aligns the ideas of pockets and power.

The reasons behind this become evident when we look at the history of pockets. When they were first introduced to clothing in the late 17th century, they were sewn directly into the lining of men’s waistcoats and breeches – while women had to wear theirs in the form of little pouches tied beneath their petticoats (hence why Lucy Locket manages to lose hers in the rhyme: ‘Lucy Locket lost her pocket, Kitty Fisher found it; not a penny was there in it, only ribbon round it’). Women would access these pockets through slits in the seams of their outer garments. According to the Victoria and Albert Museum, the pocket “was a handy place to keep everyday implements, such as a pincushion, thimble, pencil case, knife and scissors.” It was also somewhere to store money, food, scent bottles and newly-dubbed ‘pocket books’. Apparently endlessly practical, these detachable pockets nevertheless had a serious flaw: when pickpockets targeted women, they simply severed the strings that secured the pockets around their waists. This allowed them to steal everything a woman had in her possession in one go, more like nabbing a handbag than lifting a wallet. As a result, women were much more vulnerable – and therefore attractive – to opportunistic thieves.

When silhouettes changed towards the end of the 1700s, there was no longer room for women to wear pockets beneath their dresses. Hooped skirts fell out of favour and form-fitting gowns with empire lines became popular. Women began to use small bags called reticules to carry their belongings, but these couldn’t – and weren’t designed to – hold much of any use. In fact, the smaller the bag, the better; larger reticules showed women had to carry around their own money, which was the mark of low social status. Style: 1, Functionality: nil.

It’s also been suggested that women’s pockets disappeared during the French Revolution for another, less aesthetic reason. Unlike reticules, which were clearly on show over the owners’ arms or pinned to their belts, pockets allowed women to carry dangerous items – namely, revolutionary propaganda – undetected. If this is true, it’s an argument that has resurfaced today in the mouths of Islamophobes, who fear the burqa for its similar powers of concealment. The implications of this, ironically, are thinly-veiled: as women, it’s not enough for us to be trusted. We must be able to prove we have nothing to hide, our clothes the sartorial equivalent of coming out with our hands up. Men didn’t have this problem. They kept their pockets, despite the fact some actually did use them to conceal revolutionary activity. In her book Jane Austen at Home, Lucy Worsley describes how the French husband of Austen’s cousin Eliza, Jean François Capot de Feuillide, was accused of helping a Marquise who’d been charged with conspiracy against the Republic. The suspicion that de Feuillide had been paying bribes to assist the Marquise was confirmed when, in 1794, the Committee for Public Safety discovered a receipt hidden inside his trouser pocket.

For almost 200 years, the functional differences between men and women’s clothing had been firmly established. But as the 18th century gave way to the 19th, women attempted to ‘redress’ the balance – literally. Patterns began to circulate explaining how to sew pockets into dresses, and this movement came to a head in 1881 with the foundation of the Rational Dress Society in London. Members of the Society – which included Constance Wilde, the writer and activist who married Oscar Wilde – believed contemporary women’s clothing impeded movement, deformed natural figures and even, in the case of tight corsets, jeopardised health. Instead, the Society championed comfortable, practical clothing that allowed women to do the sorts of things men did, such as ride bikes and, you know, breathe easily.

Pockets were pivotal to this growing demand for equality, both in London and across the Atlantic. The writer of a New York Times article from 1899, although self-satirising, makes the point rather well: ‘“Assuming,” said the Philosopher of Small Things, “that Adam and Eve both began life without any pockets, it seems to me that the difference in the progress of the sexes toward pockets illustrates and proves the superiority of the male. Man’s pockets have developed, improved, and increased with the advances of civilization.’

But not everyone was so on board with the idea. In response to the rise of female activism and the campaigns of the suffragettes, the media unleashed cartoons and postcards mocking the ‘New Woman’: one image shows a woman with exaggerated curves, her trouser suit impossibly cinched by a policeman’s belt, brandishing a rolling pin like a baton. Another shows a woman in a cavernous hat and heels standing with hands slung low in her pockets – a typically masculine stance signifying a disregard for authority. ‘Pantalette Suffragette in the Sweet Bye and Bye’ reads the caption. Perhaps it’s mocking the ‘Suffragette Suit’ designed by the American Ladies Tailors’ Association in 1910, which had not just a divided skirt but, according to a New York Times headline, ‘plenty of pockets’.

Now, more than 100 years later, it’s hard to believe that pockets were once so integral to feminism – a symbol of equality as well as practicality, of self-sufficiency as well as style. As Chelsea G Summers points out in the Guardian, ‘The Old Lady With a Hundred Pockets’  was even a fundraising stunt at the Martha Washington Hotel in 1908, which saw women pay a donation to pick ‘a treasure to bring funds to the suffragette cause’ from the pockets of a mannequin at a bazaar. Perhaps the utility trend, then, with its abundance of pockets and its ties to suffrage and political upheaval, is appropriate armour in the age of Me Too, the Extinction Rebellion and the Brexit debate. We can only hope its accompanying activism never goes out of fashion.