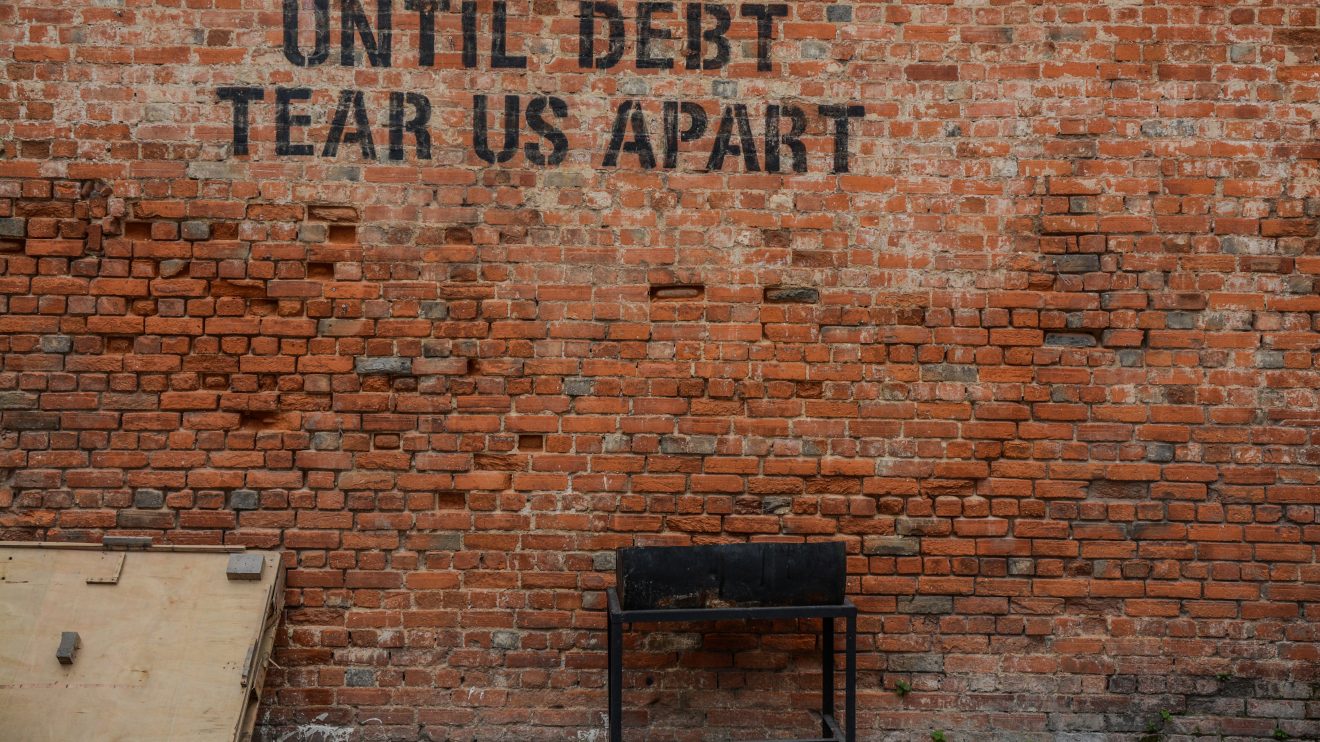 An influential man in the world of financial marketing once told me that debt is a great agent of individual freedom for low earners as it allows them to access future earnings now rather than waiting years to enjoy the fruits of their labour. Such an approach struck me as rather novel, debt as a positive apparatus for personal fulfilment and social mobility. As a deferential smile crept across my face and I glanced up at this effortless gentleman’s cordial middle aged face I thought to myself with blinding clarity, ‘Wait a second…what?’

Borrowing money against forecasted earnings isn’t an exercise in freedom but a contractual agreement on the nature of future economic behaviour, behaviour that will be directly influenced by the need to service that debt.

Since 2012 and the introduction of rules allowing universities to charge up to £9,000 annually in tuition fees, student debt in the UK has more than doubled. It is naive to imagine that such a seismic change will have no adverse effects, especially on those who can least afford it. It has long been argued that education is key to social mobility and that the only way to allow poorer students access to higher education (without costing the taxpayer a fortune) is the student loans system.

Other than being every politician’s favourite disposable afterthought, social mobility is also a rather sticky concept to define. Whilst it may be true that student loans allow poorer students to access qualifications and therefore careers that would otherwise be closed to them, they also introduce those same students to levels of personal debt that they and their families have probably never experienced before. How mobile graduates feel under such a weighty obligation remains to be seen.

A study at the University of Berkeley showed that having debt makes graduates less likely to take on lower paid public sector work, the sort of work so vital to the communities they grew up in. If good public schools teach us the importance inclusion and community, and good universities teach us how to shape society for the better then debt teaches us to act as individuals, our behaviour dictated by a long term financial commitment.

The study also shows that graduates with debt are less likely to start their own businesses. It follows then that debt appears to breed caution and conformity, lessons contrary to those learnt at university (or any other level of education for that matter). It also produces a buyers market in graduate recruitment as a huge risk averse generation of graduates make willing and eager recruits for the corporations of the private sector.

On leaving university a modern student should be lit with a fire for change, equipped with the tools denied to their ancestors and ready to bring to bear the collective weight of a class previously uneducated to this level. They don’t though, the minority may protest and rally, setting the world to rights, but they too soon join the massed ranks of debtors in the cold light of reality, dutifully chipping away at their burden.

What university gives with one hand debt takes away with the other, a degree teaches students what is possible in theory and debt shows them what is necessary in practice. Under current conditions we risk engendering a class of people educated to the highest level, shell-shocked by debt and entirely incapable of the kind of radical innovation that society so sorely needs.

That App That Could Save Our Savings
What Are We Going To Do About University?
Comment