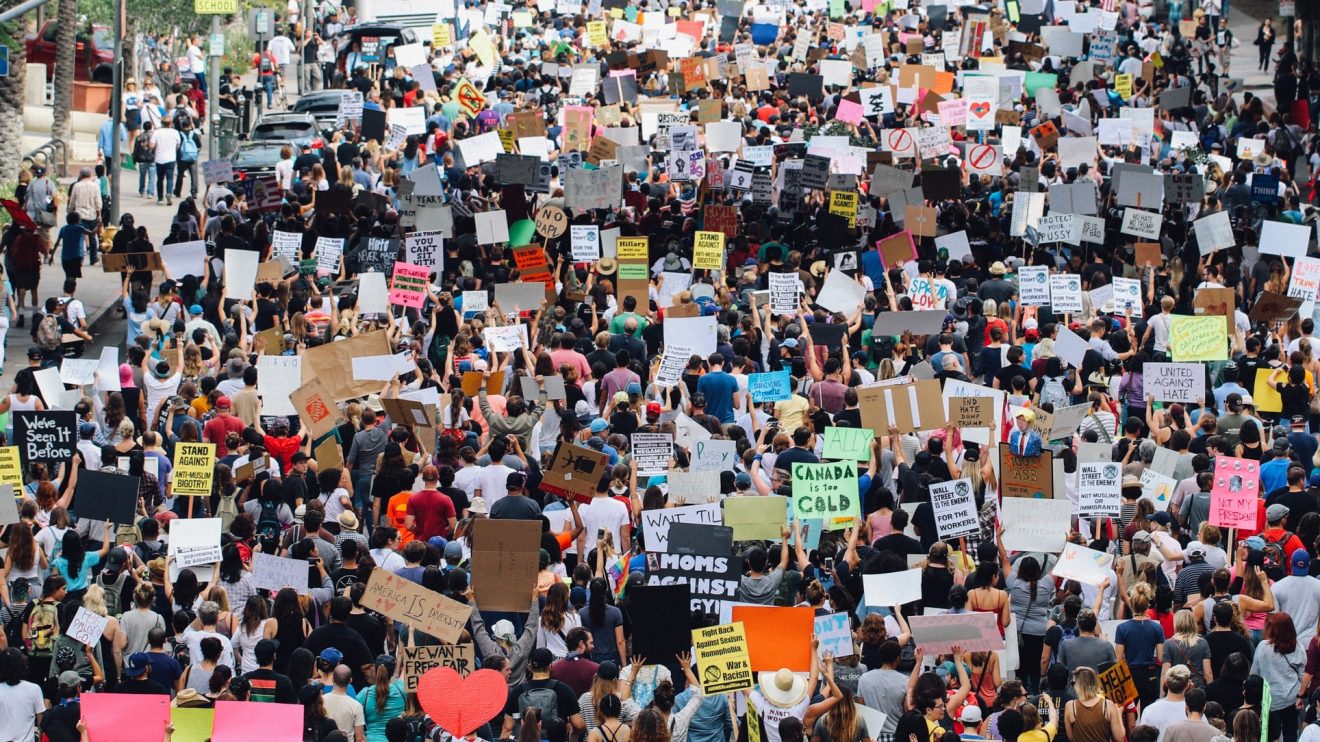 Last month, protesters finally saw Sudanese president Omar Hassan al-Bashir lose his presidency after a number of protests during the previous months. The accused war criminal has been forced to step down from his position as he is wanted by the International Criminal Court (ICC) for his crimes. How much of him being ousted was down to the protests?

During the last of the Sudanese protests, a striking image of a 22-year old woman standing on a car with her hand up to the sky went viral. In the picture, the woman is surrounded by hundreds of other protesters looking up to her and listening. The image gained 50,000 likes just one day after it was posted online and continues to make waves across the internet, sparking inspiration and discussion.

The image itself is an example of the power of protesting because, at its most basic, it helps to spread the message behind the cause. The captivating image begs the questions; who is this woman? What is she saying, and why are so many people gathered around her listening?

Alaa Salah from the image is a student from Sudan International University in Khartoum studying engineering and architecture. Speaking to The Guardian, Salah mentioned how on the day the photograph was taken she was reading a revolutionary poem that captivated protestors, particularly with the line “the bullet doesn’t kill. What kills is the silence of people.”

There’s been plenty of protesters passionately taking to the streets over the last few years. Environmental activists Extinction Rebellion have been protesting in central London for a week in response to the alarmingly quiet reaction UK politicians have had to the current worldwide climate crisis. In Morocco’s capital Rabat, people have been protesting as a result of the 42 activists who have been jailed for protesting against corruption and unemployment in the country. Last summer, when American President Donald Trump came to visit the UK, protests erupted across the City of London. Protesters were accompanied by a giant inflatable Trump baby, which is set to make another appearance at protests when the president visits the UK again.

In Algeria, President Abdelaziz Bouteflika resigned from his position after protests erupted demanding that he step down. Earlier this year, the annual March for Life in Washington DC saw pro-lifers eagerly take to the streets to express their views against abortion.

But does all of the screaming, shouting and witty protest posters actually mean anything? British human rights organisation Article 19 believe that protests have historically “inspired positive social change” and helped in “the advancement of human rights.” By this depiction, we must keep protesting! Anything is better than staying silent on world issues that directly affect you and your peers and its healing to know that you’re not the only one who sees things the way that you do. While it’s hard to say how much protests directly result in action, there’s no doubt that they cause debate, thought and quite possibly….revolution.

How Can We Tackle Racism In Football?
The Femtech Revolution
Comment