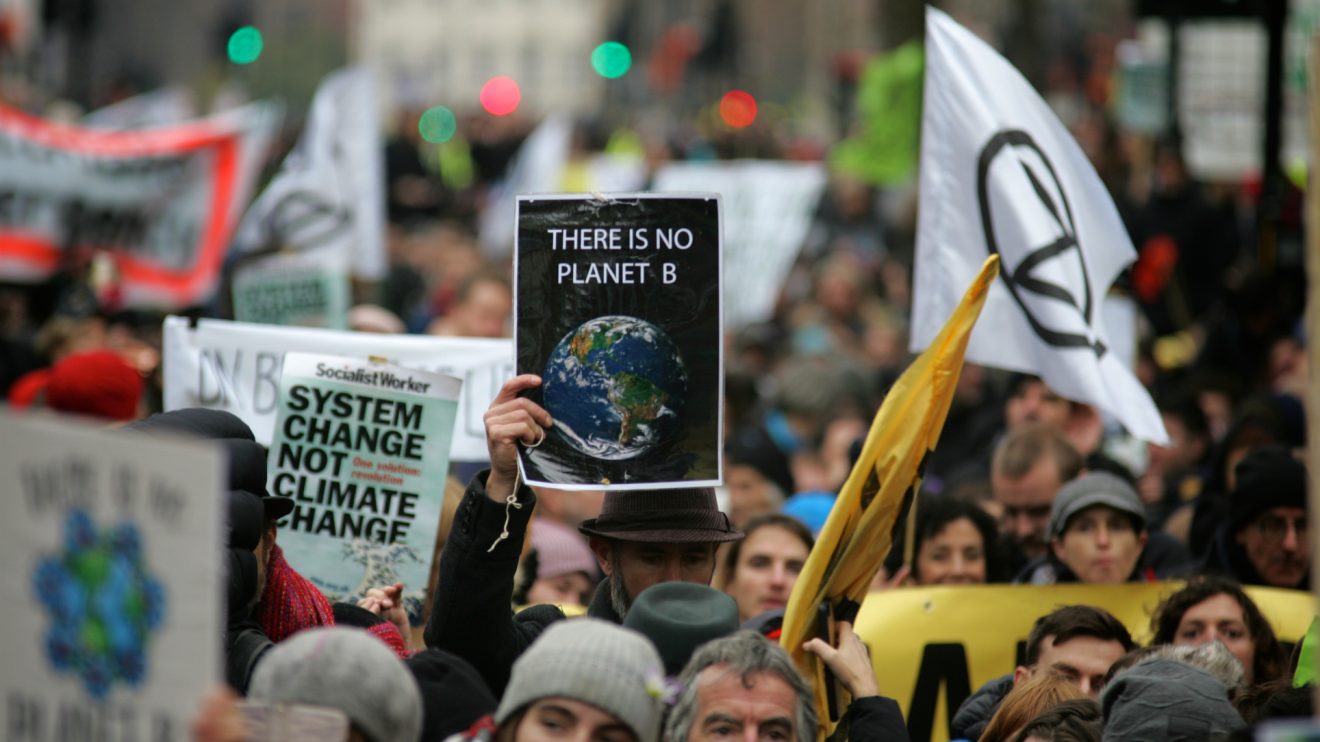 Extinction Rebellion took over the streets of London for a ten day protest from 15 to 25 April 2019. As a non-violent civil disobedience group, their aim was to get the UK government to start listening and making changes to help combat climate change. This group began protesting in 2018, with over 1500 people announcing a Declaration of Rebellion in Parliament Square, London. Now the number of supporters for the environmentalist group has snowballed to create a huge movement of solidarity around climate issues.

Whilst these activists decided to take action through protest, the messages that they preached can be understood by everyone. Here are the main takeaway ideas that charged this movement, showing that everyone can do their bit to help the planet.

We’re having a climate emergency

Climate change has become one of the biggest issues of our time and will have major impacts on generations to come. The UN Secretary General warned last year that the world needs to keep global warming under 1.5°C to avoid disastrous impacts on our planet. These impacts include rising sea levels, extreme weather, crop failure, the spread of disease, and so much more. But this is not just a problem for the future, this is a problem right now and it needs to be tackled head on.

However, the truth about climate change is often misconstrued and misinterpreted. Therefore it is important to look at the scientific facts to see that “we are in a planetary emergency”, as claimed by Prof. James Hansen, former Director of the NASA Goddard Institute for Space Studies. This means we need to act now to prevent any further damage being done to our planet.

The aim of these protests were not just to raise awareness around climate issues, they were occupying the streets to force the government to ignite effective change that will benefit future generations. Extinction Rebellion is pushing for three major changes and want to see immediate action. What’s more, they only need the involvement of 3.5 per cent of the population in order to succeed!

First and potentially most importantly, they are demanding that the government starts telling the truth about the ecological emergency. There needs to be a universal awareness of what is actually happening to encourage people to see the severity of the situation.

Secondly, they are emphasising the importance that this action needs to start now. If so, we might be able to prevent further biodiversity loss before it’s too late and reduce greenhouse gas emissions to net zero by 2025.

Finally, Extinction Rebellion is calling for a movement that goes beyond politics and speaks to the people. Through the creation of a Citizens’ Assembly, individuals will be able to come together, learn, and deliberate over climate issues.

These protests saw people from all walks of life come together to fight for what they believe in. As a momentum-driven organisation, it is the accumulation of efforts by small groups and individuals that collectively create change. Whether you were at the protests or not, there is a multitude of things that you can do on your own to help.

Sometimes it is necessary to get outside of your comfort zone and take effective action. Yet for some, protests and strikes might not be possible for many reasons. This does not mean you can not do your bit and by supporting climate change initiatives – whether big or small – you can contribute to climate justice efforts. Your support can come in any form, from donations to sharing their messages on social media. Finding local organisations will also allow you to get involved with your community and support smaller initiatives that will really appreciate the help.

There are also many ways to help the climate justice movement in your day-to-day life. For example, switching to more renewable energy sources or increasing your use of cleaner forms of transit, such as walking, biking, or public transport. These small steps towards more sustainable living don’t have to be difficult but do make a difference. Stopping using one-use plastic, eating more local foods, and turning to a more plant-based diet are also suggestions of things you can do to help the planet.

Therefore, awareness is just the first step to help the climate change movement and by learning how you can do your bit, we can start to create a culture and society that is healthy, sustainable, and resilient.

The Femtech Revolution
Social Media And Political Prowess: The Rise Of Twitter As A Tool For Change
Comment